Donalds Grange No. 497, also known as Patrons of Husbandry or Grange Hall, was built in 1935 by the WPA. Over the years it has served as everything from town hall to a public library. The land for the grange was donated by W. Maxie Agnew. 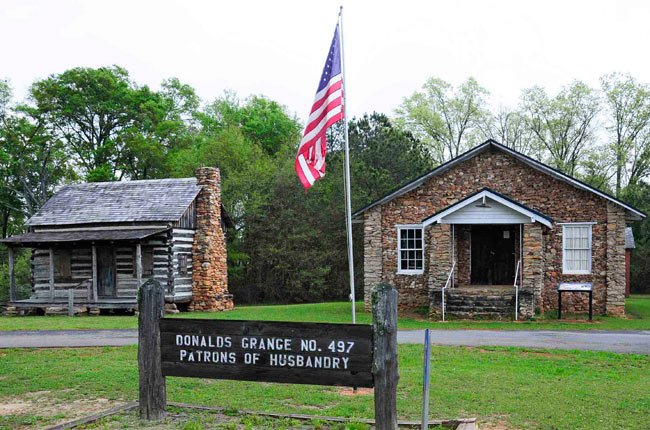 In 2009, the South Carolina House of Representatives passed a resolution recognizing the Donalds Grange’s role in the history of Abbeville County. The resolution notes that Donalds Grange continues to welcome citizens interested in agriculture, and that it is “among the 17 oldest granges in the State constantly active since their organization.” 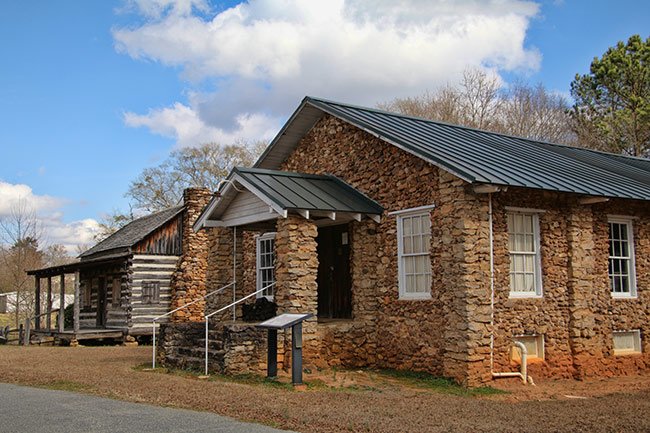 The resolution also recalls this interesting tidbit about the building’s construction: “Using two-horse wagons, people hauled fieldstones from their farms. Uninitiated in masonry construction, the WPA labor force initially attempted to lay the fieldstones, only to return the following morning to find them lying awry where they had fallen during the night … a Donalds contractor who had built his home of like material was then called in to teach the inexperienced their craft. Local landowners also contributed the pine poles that frame the cathedral-type ceiling of the building, the oak hand-hewn sill that supports the main floor, and the heart pine flooring.” 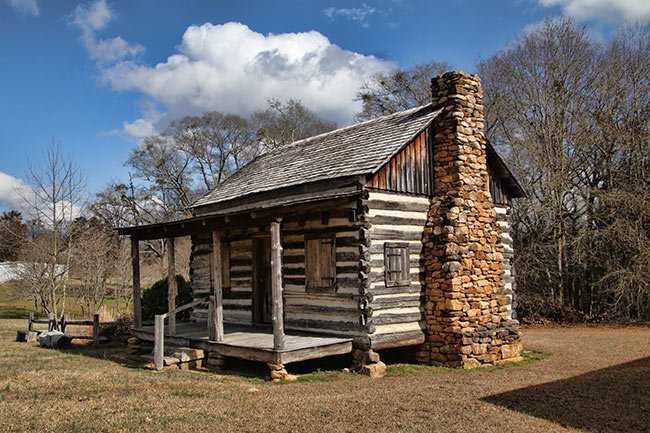 Donalds Grange is listed in the National Register:

The Donalds Grange No. 497 is significant for both its architecture and its contribution to the social development of the community of Donalds and Abbeville County. Constructed in 1935 by local Works Progress Administration labor, the building served originally as the Town Hall, the local grange, and the public library. Typical of the vernacular style used in WPA public buildings, it is relatively unaltered. The fieldstone construction and locally produced lumber give evidence of the participation of local labor in the construction. After 1940, it was the home of the grange and the library. In 1942, Donalds Grange No. 497 sponsored the Abbeville County Circulating Library, and the building became headquarters for the Abbeville County system until a self-contained library was built on adjacent property in 1959. Since its construction, the well-preserved fieldstone building has been the meeting hall for the agricultural and community-service organization known locally and most commonly as the Donalds Grange. It remains as an important example of Depression Era public buildings.

Plan Your Trip: Donalds Grange No. 497