This train depot in Donalds served the Piedmont and Northern Railroad, commonly called the P&N, which began in nearby Greenwood in 1911. The P&N was chartered by Duke Power Company, which sought to encourage industrial growth in this part of the state. 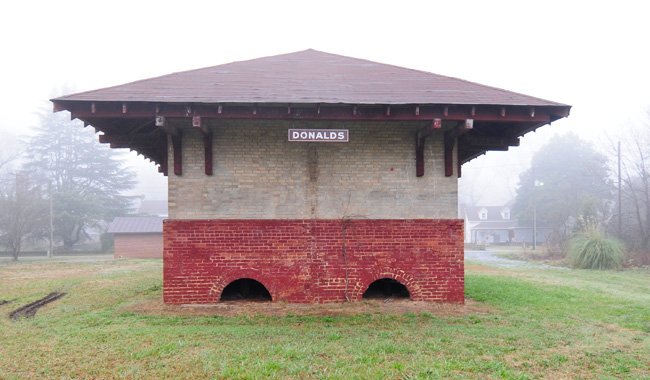 A part of the “Great Electric System of the South,” the electric rail system connected with an electric trolley in Anderson and then traveled as far as Greenville and Spartanburg. The rail line finally reached Spartanburg in 1914. World War I interfered with further construction on the line.

The P&N primarily transported freight, though passenger service continued until 1951. The 1930s in particular saw a rise in freight transport on the P&N. In 1954 the freight service began using diesel, and the P&N ended all service in 1969. It became part of the Seaboard Coast Line in 1970. The railroad in Donalds is now an abandoned rail bed, and today the depot is used for storage by local Log Cabin Antiques. Below is a photo of the depot before the tracks were removed, though the date of the image is unknown. 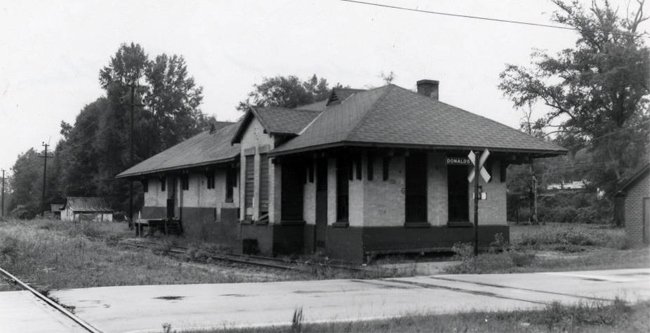 Another Donalds depot now rests behind this one on private property, seen below. It served the Southern Railroad, which ran parallel to the P&N. The Southern depot was modified over the years and eventually relocated to a residential lot. From 1908 to 1939 the Due West Railway Company operated a 4.5-mile line from Donalds to Due West, utilizing the Southern Railroad depot.

The short line was developed and supported by the residents of Due West and was primarily used to transport students to Erskine College and deliver the mail between the two towns on a train known as the “Little Dinky.” Its engine was purchased by the Manhattan Elevated Railway System in New York when the rail line ceased operations. Below are photos from the Southern Railroad depot before it was relocated, though the dates of the images are unknown. 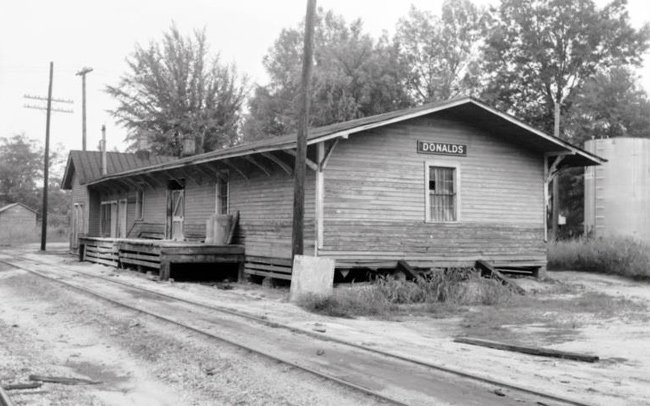 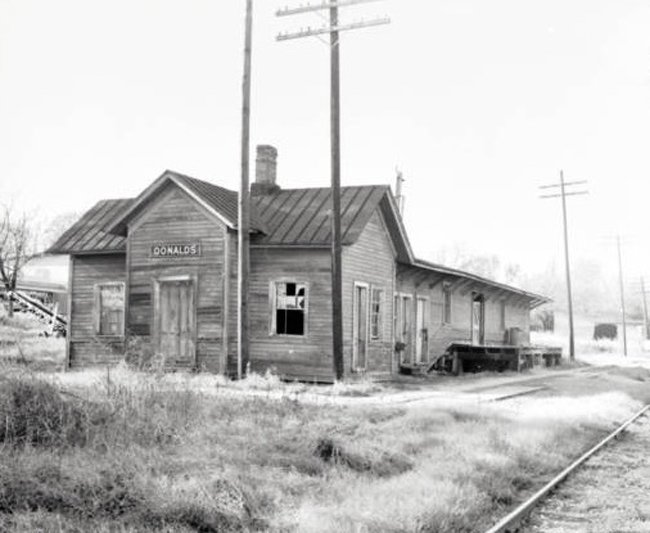 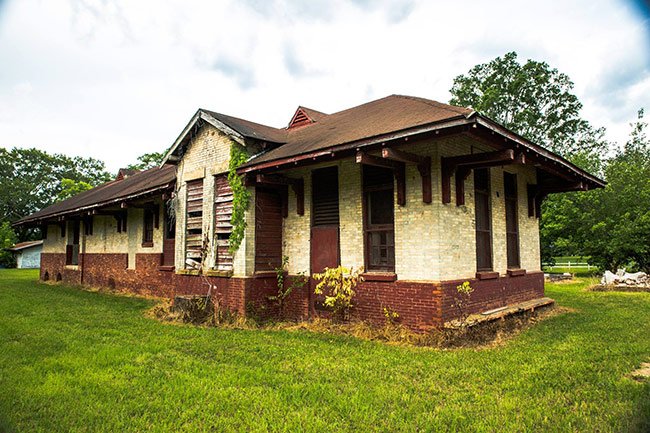