The Associate Reformed Presbytery of the Carolinas and Georgia organized in Abbeville in the 1780s. As a result, many ARP churches can be found in the Abbeville area, including Mt. Carmel. 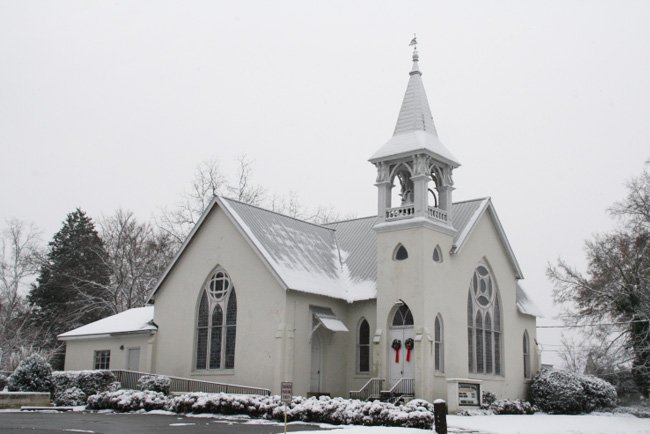 Mark Clark of Abbeville, 2010 © Do Not Use Without Written Consent

Also known as Abbeville-Mt. Carmel ARP Church, its congregation was established in 1889, and the present Vienna Street building was completed in 1893. Reverend W. L. Pressly, president of Erskine Seminary and Erskine College, led the church’s first communion services in 1890 in the Abbeville County Courthouse.

Mark Clark, a longtime friend of the SC Picture Project, shares these recollections of Mt Carmel ARP Church and its nearby community: “Organized and built between 1871 and 1889, this church was one of the first in the area to be electrified. My father worked as a railroad engineer and conductor out of the nearby CSX Railroad depot before retiring after 32 years. The depot has been closed for some time now after its services were merged with the Maxwell Rail Yard in Greenwood.

“Vienna Street, which passes in front of the church and runs down to the old depot, was also paved in bricks like those on Abbeville’s Square until it was paved with asphalt many years ago. The bricks still remain on the side road that leads to the old depot.

“I can remember many a day or night passing by this church on the way down to the depot to check on when my dad’s train would be in. I would also occasionally drop him off or pick him up when his car was being worked on.”