The Aiken County courthouse was built in 1881, a decade after the establishment of the western South Carolina county, which was created from portions of Barnwell, Edgefield, Lexington, and Orangeburg counties. Both the county and its seat, the City of Aiken, are named for William Aiken, the first president of the South Carolina Canal and Railroad Company. The Second Empire-style courthouse, which is made of stuccoed brick, was designed by architect Robert N. McGrath and built by J.W. Woodward. 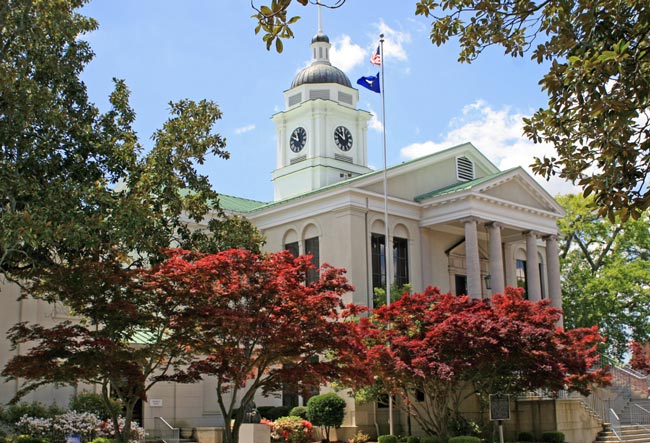 In 1895 the courthouse was the site of a speech delivered by Susan B. Anthony on the voting rights of women in the South Carolina Constitutional Convention, which was held later that year. Anthony was invited to speak by Martha Schofield, founder of the Schofield Normal and Industrial School in Aiken. Schofiled was a Pennsylvania Quaker and abolitionist prior to and during the Civil War who relocated to Aiken in 1868 and opened a school to teach former slaves vocational skills and to prepare future teachers for careers in education. 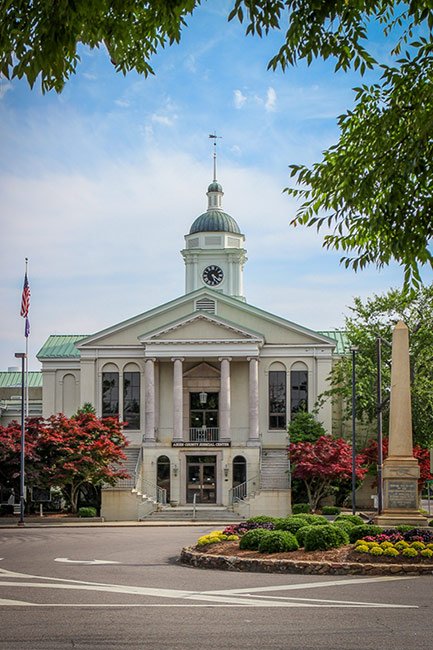 Warren B. Westcott of Aiken, 2014 © Do Not Use Without Written Consent

In 1981 lightning struck the bell that hung within the bell tower of the courthouse, cracking the bell and damaging the cupola that housed it. The following year the county debated whether to build a new courthouse or restore the historic building, as the county needed more room for daily operations. Happily, it was decided that renovating and expanding the courthouse, which included repairing the cupola, would be a more economical choice. 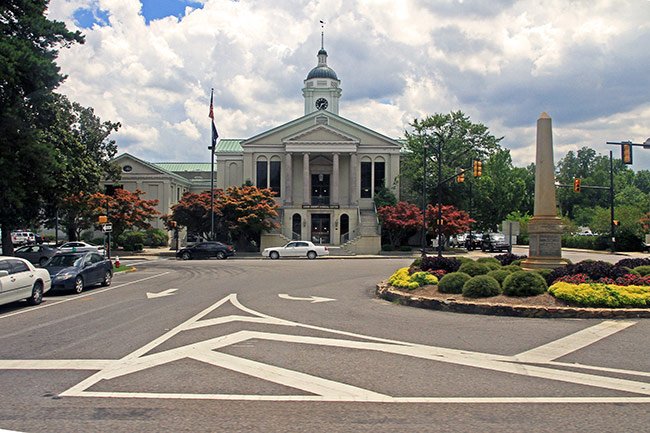 David Thompson of Anderson, 2014 © Do Not Use Without Written Consent

By 1988 the renovation was complete, including the razing of the jail that stood behind the courthouse to create more building space. Prior to the renovation, the former jail served as the Aiken County Historical Museum; the museum relocated to a historic winter colony mansion, Banksia, in 1984. The cracked courthouse bell now stands on the grounds of the museum. 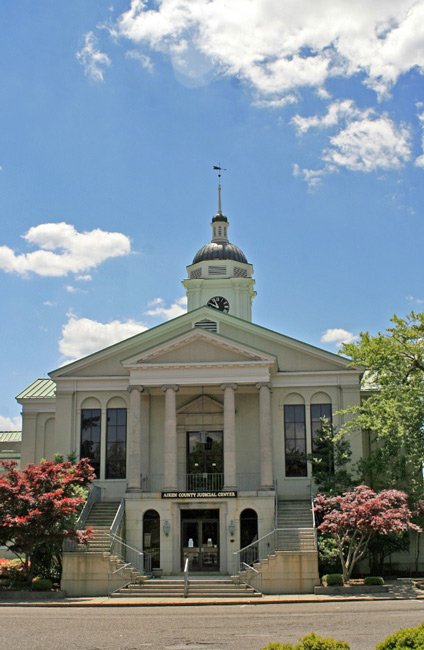