The first wing of this brick building in Aiken was completed in 1891 as the Aiken Institute, a private school chartered in 1888. The ground on which the building stands is known as Institute Hill in honor of the school. The school served the white students of Aiken, while many local black students attended the Immanuel School during segregation. The school soon became part of the Aiken Public School System, and a second wing was added in 1913. 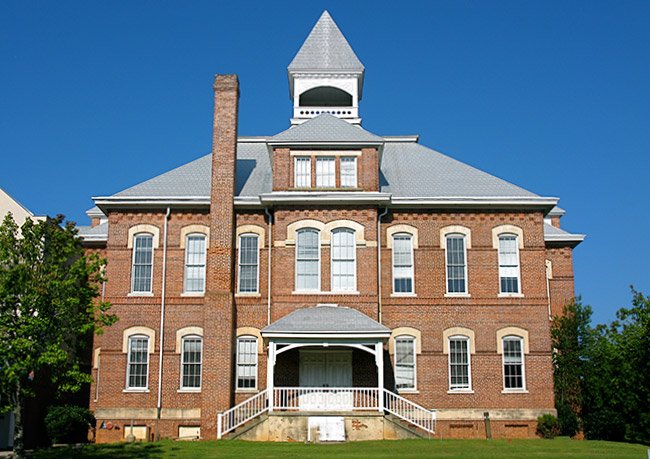 The school housed all grades until a new high school was built in 1937. At that time, the Aiken Institute became Aiken Elementary School until it combined with Laurens Street Elementary in 1986 and relocated to a new building. The combined school still uses the name Aiken Elementary School. The Aiken County Public Library, which had been housed in a historic winter colony mansion, Banksia, since 1974, then moved into this building in 1990. The library had been sharing space in Banksia with the Aiken County Historical Museum prior to the move. 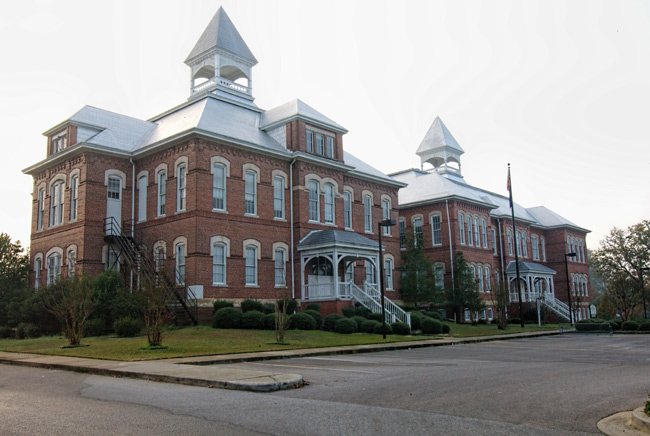 Larry Gleason of Aiken, 2003 © Do Not Use Without Written Consent

The first library to serve Aiken was a subscription library founded in 1880 called the Aiken Library. The name was changed to the Dibble Library in 1926 to honor former board member H.M. Dibble, who had bequeathed money for a library building upon his death in 1921. The Dibble estate, along with a wildly successful fundraiser featuring Will Rogers in 1927, lead to the building of a new library for the residents of Aiken.

In contrast, efforts were being made in 1935 in rural Aiken County to establish a mobile library service for people in remote parts of the county. This campaign was led by the County Council of Farm Women. The program was in place by 1936, and the mobile library service utilized a room in the County Agricultural Building for its operations. In 1950 the Dibble Library combined with the mobile county library to create the Aiken County Library Commission. The Aiken County Library used the Aiken Library building before moving to Banksia and then the Aiken Institute.