Aiken means horses. Not only does the city stand at the center of South Carolina’s “Thoroughbred Country,” it also serves as one of the polo capitals of the world. Aiken has been a renowned equestrian destination since the early 1900s, and the famed Aiken Training Track has become a key part of the area’s rich history. 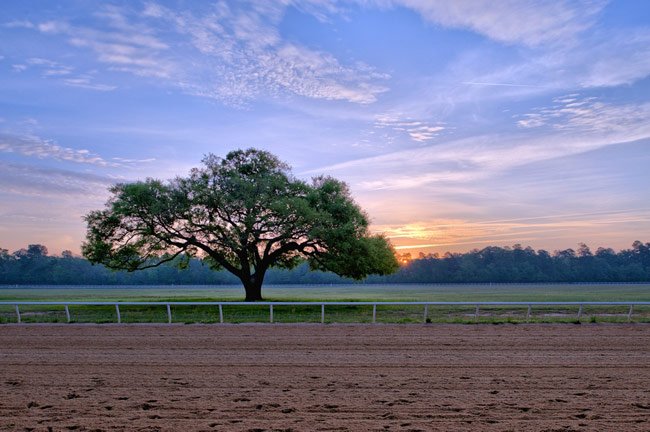 The Aiken Training Track was built by horseman Fred H. Post in the 1940s. Its level ground, sandy soil, and close proximity to Hitchcock Woods (one of the largest urban forests in America) make it an exceptional training center for its size. The track is used for flat racing, and it surrounds what is said to be the oldest known polo field in the country. The popular Aiken Steeplechase is held each spring and fall. 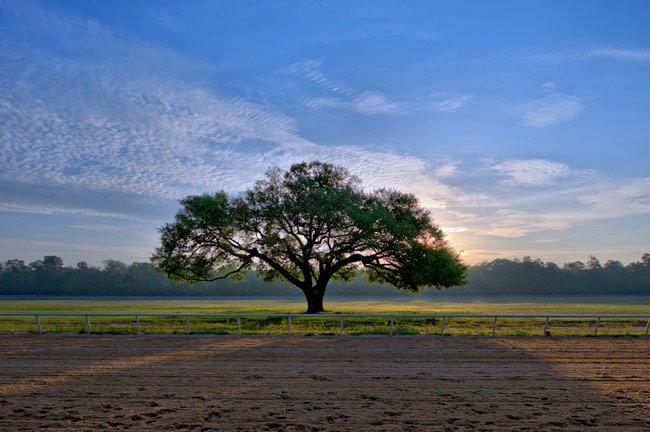 The lone live oak tree (Quercus virginiana) seen on the track is known as Blue Peter’s Tree for a 1948 two-year-old Thoroughbred champion named Blue Peter. During that year, Blue Peter won the Futurity Stakes, the Hopeful Stakes, and the Garden State Stakes. 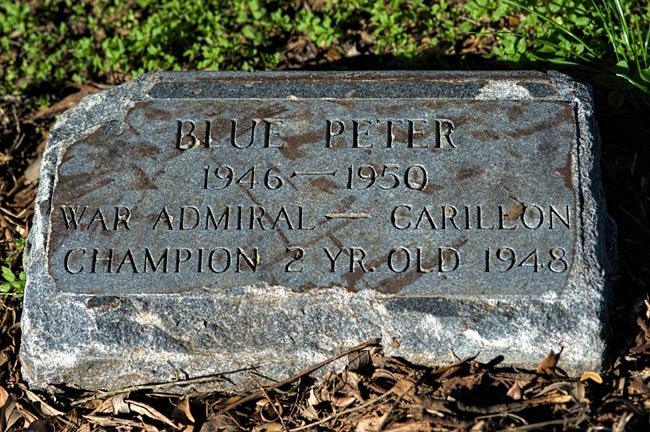 Blue Peter’s career came to an abrupt end when he became ill in 1949 with a suspected case of appendicitis. He died on January 12, 1950; the cause of his death remains unknown. The champion is interred beneath the live oak, his burial site marked with a small granite plaque. 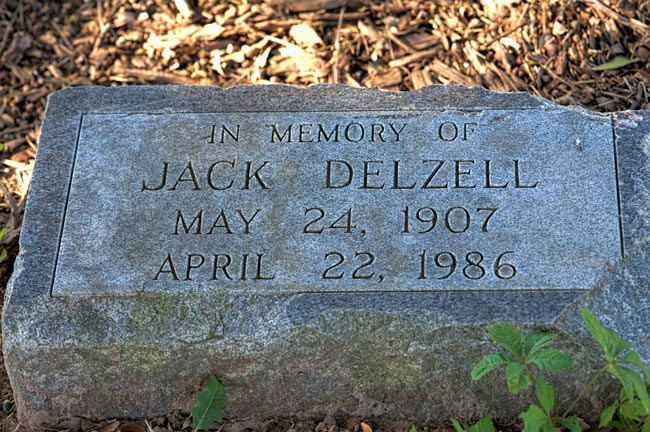 Another commemorative marker placed beneath the oak honors Jack Delzell. Delzell arrived in Aiken in 1936 and quickly earned the respect of his peers as a highly regarded horse trainer. Though he is interred in Columbus, Ohio, he is forever remembered in Aiken for his dedication and love of horse training. 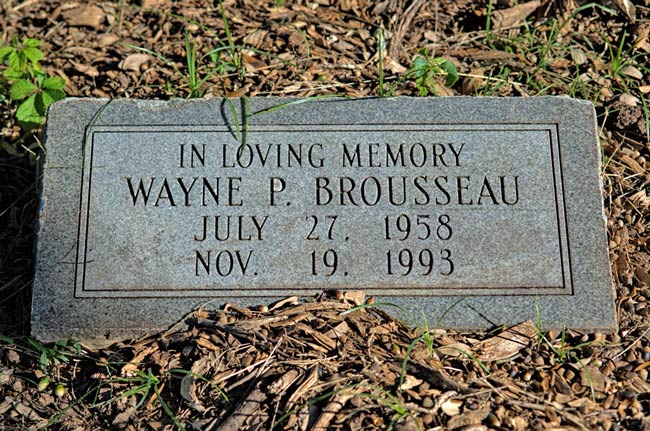 Finally, a plaque was placed beneath the venerable Blue Peter Tree to commemorate Wayne Brousseau, an exercise boy for Legacy Stables. The plaque was given by Ron Stevens, president of Legacy Stables. Also honoring Brousseau is the Wayne P. Brousseau Memorial Tennis Scholarship, established by Randy Warrick, Athletic Director of the University of South Carolina – Aiken. The scholarship is awarded to a member of the men’s tennis team at the school. 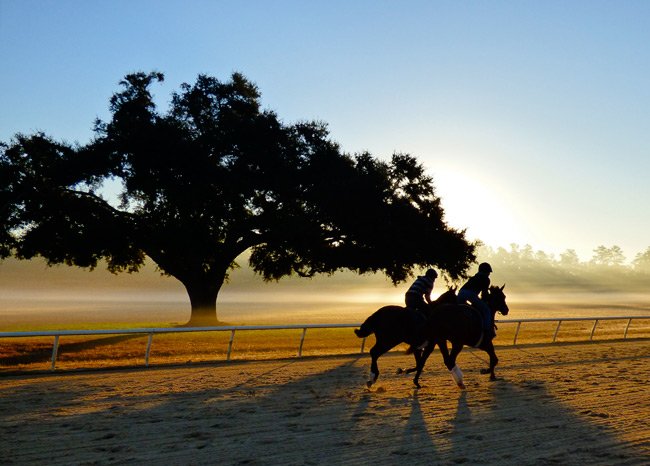 The Aiken Training Track is listed in the National Register:

The Aiken Training Track, constructed in 1941 by Ira Coward for Fred Post, was established for training flat racers. Horse owners, as well as others interested in Aiken’s future as a horse training center, subscribed to stock in the new track. At the time of its construction, the track, which features banked turns and cushioned straightaways, was considered one of the finest tracks in the country for training flat racers. The construction of the Track secured Aiken’s future as a horse training center. The Track complex consists of a one-mile, flat, oval track, and seven contributing buildings. The buildings, built in the early 1940s, include a barn with stables, a separate stable building, a walking shed, a veterinarian’s office, an office building, a cottage, and a grandstand. There are also new stables on the property.