While this replica train depot in Aiken has only been open since 2010, it reflects the city’s long railroad history. The original depot that sat on this site was built in 1899 and served rail travelers until 1954; that year, train service was discontinued in Aiken. After a decade of fundraising, a new depot was unveiled on September 18, 2010 to serve as the Aiken Visitors Center and Train Museum. 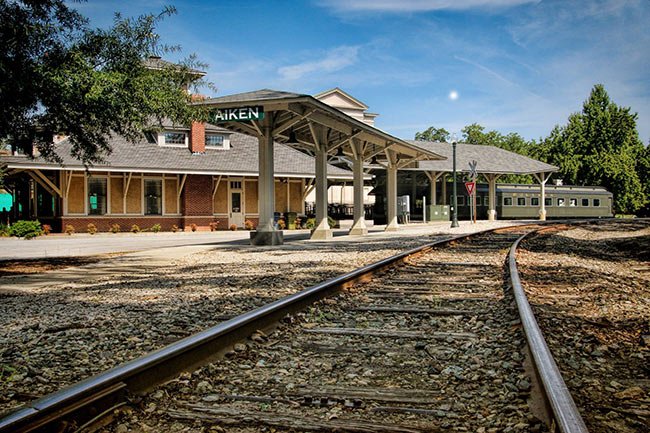 Nine dioramas throughout the depot depict the Charleston-to-Hamburg rail line of the South Carolina Canal and Railroad Company. The company’s president, William Aiken, is the city’s namesake. The rail line was the nation’s first steam-powered commercial railroad. It was also the longest rail line in the world – 136 miles – when it was completed in 1833. The dioramas show how the towns along the line appeared in 1916. 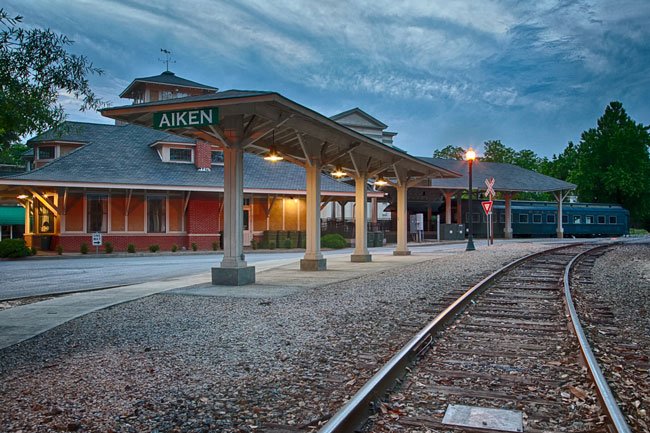 Shirley Radabaugh of Aiken, 2016 © Do Not Use Without Written Consent

Three rail cars – two dining cars and a caboose – rest on the grounds of the depot, awaiting restoration. Both dining cars were built by the Pullman Car Company. The newer car was built in 1920, while the older one dates to somewhere between 1910 and 1916. The caboose was built in the 1970s for the Seaboard Coast Line Railroad Company. 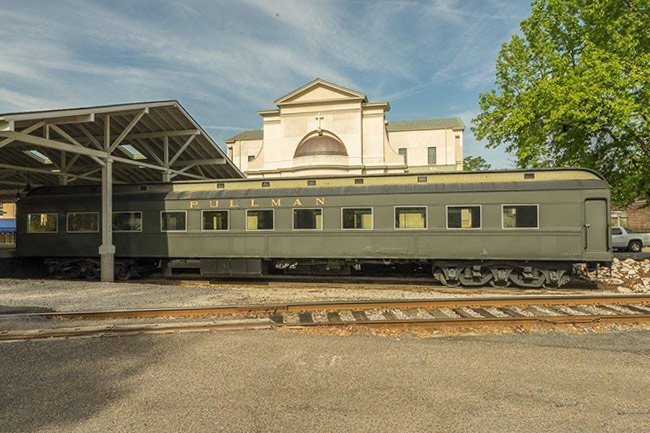 Once they are restored, the dining cars will be available to rent for events, and the caboose will be used as an historical display. The depot is also a popular events venue and can be rented for private gatherings. The museum is free to the public and open from 10 AM to 5 PM Tuesdays through Fridays and from 9 AM to 2 PM on Saturdays. 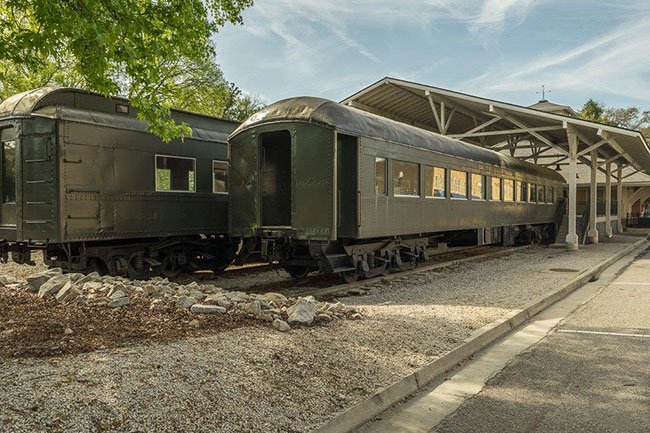