This turn-of-the-century home in North Augusta was designed by Martha Louise Wall Andrews, a graduate of Georgia Normal College, and built by her father, Budd Clay (B.C.) Wall, in 1902. B.C. Wall was a Civil War veteran and prominent businessman from Augusta, Georgia – just across the Savannah River – and relocated to the new Aiken County town at the behest of his friend, developer, and town founder, James U. Jackson. 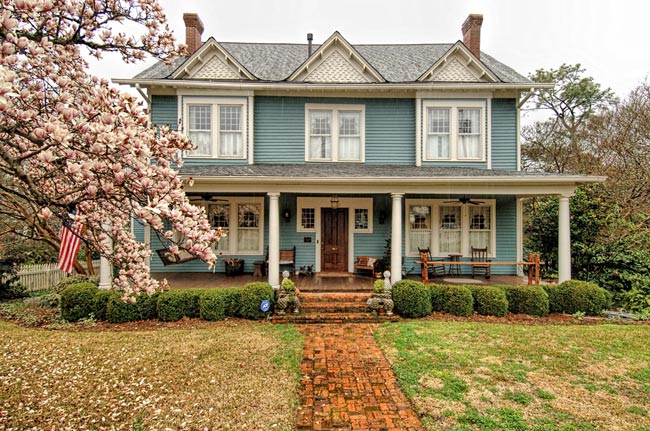 Together Jackson and Wall established North Augusta in the early 1900s, with Wall designing and building the streets along with the sewage and drainage system and even serving as mayor from 1909 through 1923. Jackson developed businesses such as the Hampton Terrace Hotel, which included an eighteen-hole golf course, riding stables, and a 1,500-acre game preserve. The Hampton Terrace Hotel boosted North Augusta as a desirable resort destination on par with nearby Aiken and Augusta. This house, called Sesame Lodge, was built as a guest house to serve overflow from the Hampton Terrace Hotel. The third floor of Sesame Lodge accommodated servants who traveled with the hotel’s guests. 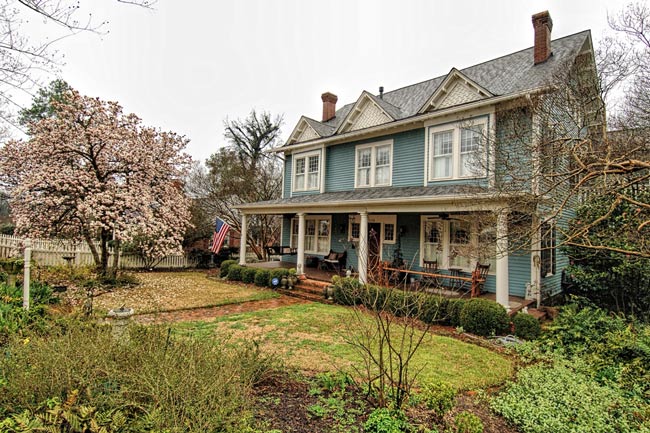 Martha Wall Andrews designed not only this house but several homes in historic North Augusta, including her parents’ and her own. In 1926 her parents’ home burned, forcing them to stay at Sesame Lodge. The Walls remained at the guest house, using it as their private residence until B.C. Wall’s death in 1930. During the Walls’ occupancy of Sesame Lodge, a fire damaged the interior of the house, though it was repaired. However, the repairs were modern and did not reflect the home’s 1902 construction. The Hampton Terrace Hotel itself burned on New Year’s Eve 1916 and was never rebuilt. Once the Sesame Lodge was no longer available to guests, North Augusta lost its prestige among wealthy travelers and ceased being a desirable resort village on the river. 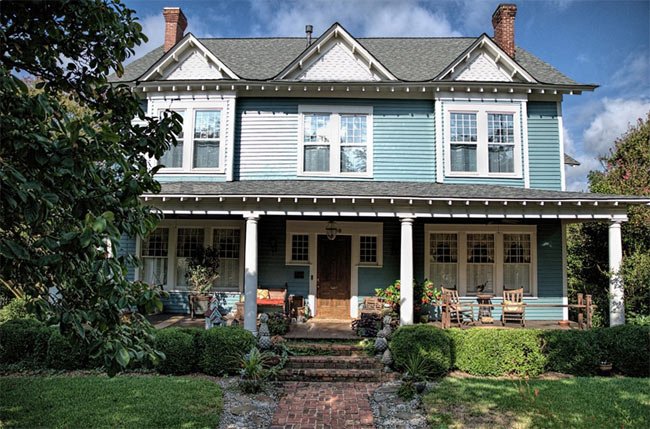 The B.C. Wall House is listed in the National Register, which says the following:

(Sesame Lodge) The B.C. Wall house is a largely intact example of an eclectic residential design in North Augusta at the turn of the twentieth century. Constructed in 1902 by Budd Clay Wall, prominent Augusta, Georgia businessman and mayor of North Augusta, as an overflow guest home for the Hampton Terrace Hotel, it was known as Sesame Lodge. Designed by Martha Louise Wall Andrews, architect and business leader of North Augusta and Augusta, and daughter of the builder, the B.C. Wall house has additional significance as an important residential design of a local woman architect. The B.C. Wall house is a “T” shaped, two and one-half story, three bay, gable roofed, frame and weatherboard structure set on a raised brick basement which graduates from crawl space on the east end to a full basement on the west end. The house combines elements from the Queen Anne, Classical Revival, and Craftsman Styles. The steeply-pitched roof and the wood shingles in the tympanum of the cross-gables are taken from the Queen Anne style; the floor plan and visually balanced façade are taken from the Classical Revival style; and the flared eave with exposed rafters, the full length porch and the triple windows are taken from the Craftsman style.