According to archeological remains found at the site, Coker Spring in Aiken has supplied people with fresh drinking water since prehistoric times. English settlers to the Aiken area also relied on the spring, and by the time the city was incorporated in 1835, the spring served as its dominant water supply. A spring house was built in the early 1800s, and the Greek-style brick-and-stucco facade was added in the 1850s. 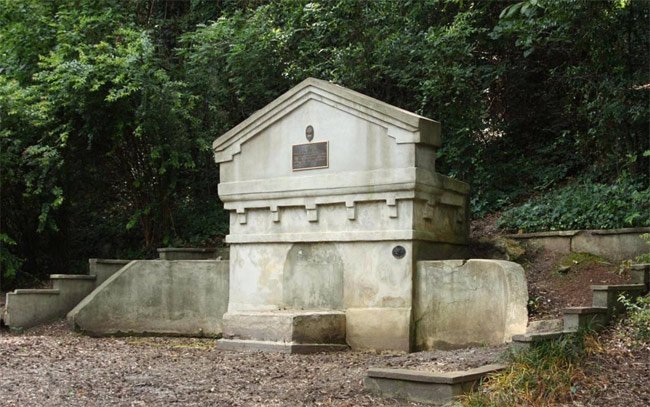 Mike Stroud of Bluffton, 2012 © Do Not Use Without Written Consent

The spring remained Aiken’s primary source for drinking water until a central waterworks was established in 1892. Coker Spring was also a popular stop on the stagecoach route from Abbeville to Charleston. Before the city owned the spring, it was part of a land grant issued to Ephraim Franklin in 1787. The spring was named for the original owner of the adjacent land. 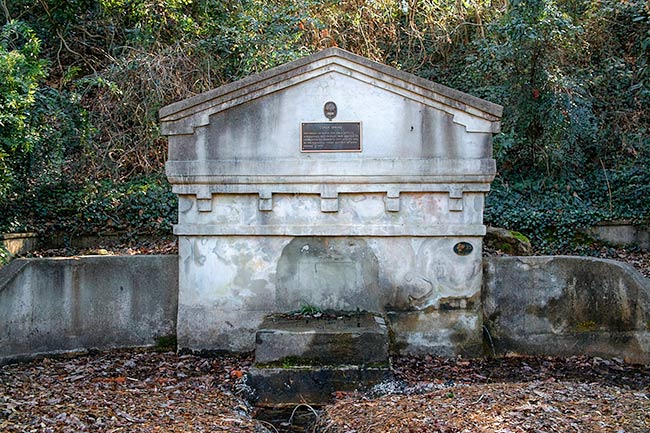 The property changed hands several times before William Finley purchased it at a public sale in 1842. He deeded it to Aiken in 1844 with the stipulation that the city grant “free use of said Spring to be had and enjoyed by the citizens and inhabitants of Aiken and the public generally for themselves, their servants, cattle and horses, forever.” 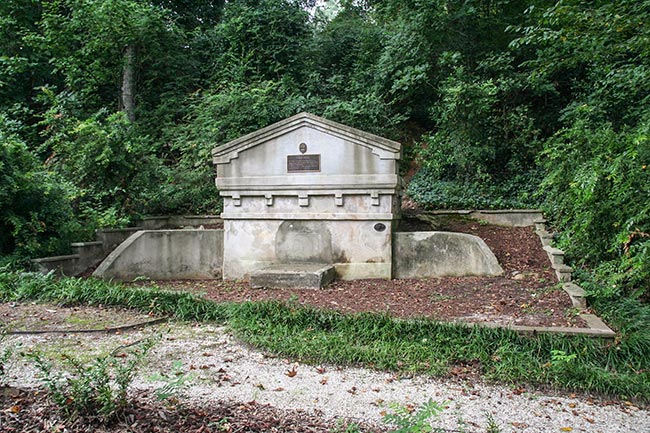 George Hagan of Aiken, 2016 © Do Not Use Without Written Consent

Coker Spring was restored in 1972. It is listed in the National Register:

Coker Spring is a fresh water spring. Archeological remains found near this property suggest that this was probably a water supply for prehistoric Indians. The spring later served as the source of drinking water for the early settlers of Aiken (ca. 1830-1890). The spring is covered by a springhouse, which is constructed of brick, covered with stucco. The front façade features a pedimented entranceway with a wide entablature.

Stuccoed brick retaining walls extend along the left and right sides of the springhouse. The first recorded owner of Coker Spring was Ephraim Franklin who obtained the spring as part of a 285-acre land grant in 1787. Apparently the spring then changed hands several times. The spring gained prominence as a regular stop on the stagecoach route from Abbeville to Charleston, and also as the major source of drinking water for the town of Aiken which had been chartered in 1835. Eventually, however, the spring fell into ruin. 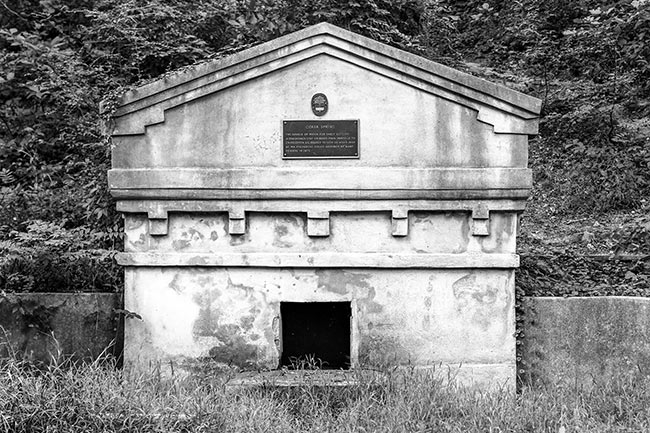 Frank DiBona of Aiken, 2008 © Do Not Use Without Written Consent 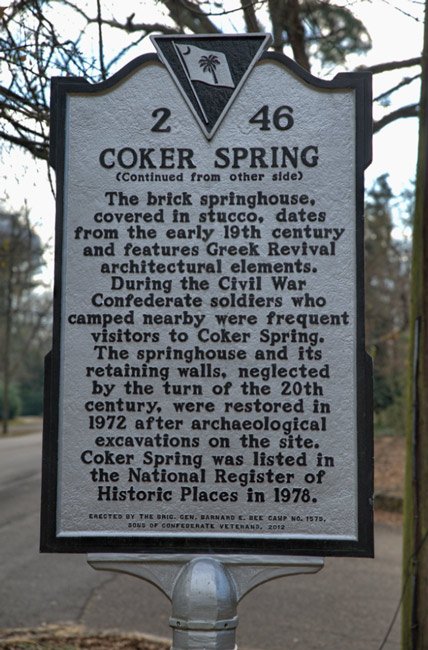 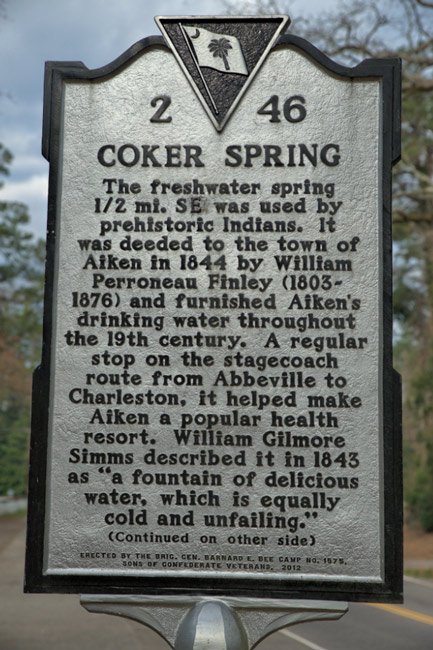