Dogwood Stable – also known as Legacy Stable – in Aiken was founded in 1969 by Aiken resident W. Cothran “Cot” Campbell as a race horse partnership. Since its formation, Dogwood Stable has produced an elite club of 77 stakes winners, including 1990 Preakness winner Summer Squall, and more recently, 2013 Belmont winner Palace Malice. It also serves as an events venue. 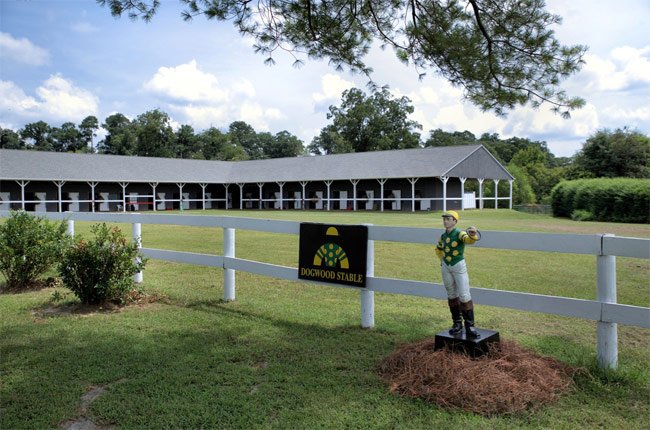 On July 20, 2013, a fire broke out in Dogwood’s Greentree Barn, built circa 1940. The fire – believed to have begun in an electrical outlet – leveled the building. There were over 20 horses inside at the time, but miraculously, all of them were saved thanks to the quick actions of guests who happened to be attending a wedding on the property that day. 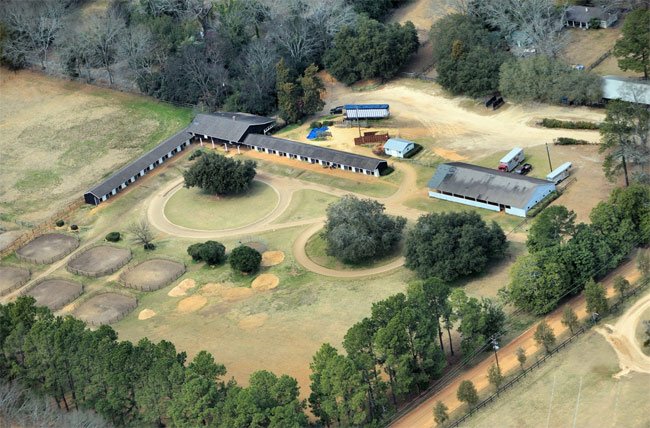 Larry Gleason, Aiken Aerial Photography of Aiken, 2010 © Do Not Use Without Written Consent

Because the fire occurred during racing season, many horses were away from the stable when the fire broke out – including Palace Malice. This good fortune also meant there was plenty of room for the displaced horses to be moved to other locations within the property. 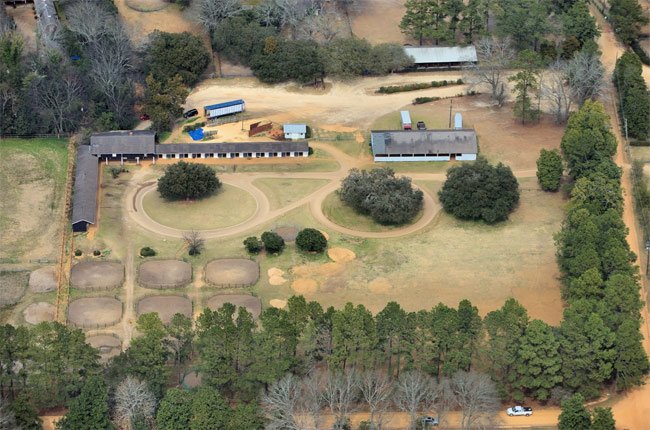 Larry Gleason, Aiken Aerial Photography of Aiken, 2010 © Do Not Use Without Written Consent

This horse statue, whose jockey sports Dogwood Stable’s colors, once graced downtown Aiken near West Side Bowery. It was crushed beneath a fallen tree limb in 2010 and then moved to an empty stall at Greentree Barn.