This social club in historic Aiken began as a school for girls in 1919, originally located on the the third floor of the home of Josef Hofmann and his wife, Marie Eustis Hofmann. Josef Hofmann was a world-renowned pianist from Poland known for his renderings of the works of Chopin. After performing for Harry Payne Whitney – son of William C. Whitney – at a private party in the famous Joye Cottage in 1904, he married one of the attendees, Marie Eustis. Together they opened a school for girls in their home for the benefit of their daughter, Josefa, and other girls of Aiken’s Winter Colony, an elite district of the city where wealthy Northerners resided for the winter. The school was called the Fermata School for Girls. 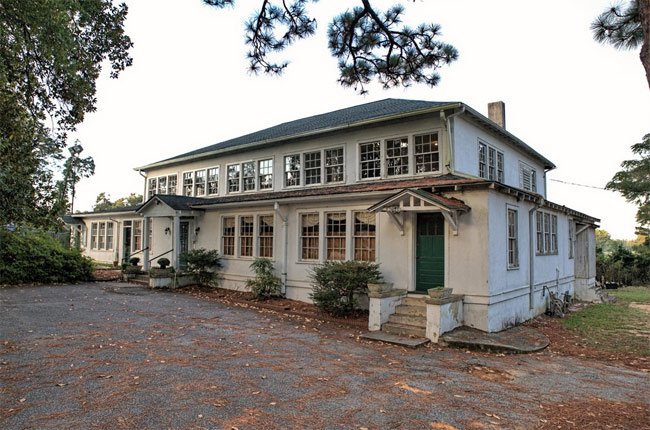 The school’s name is derived from the musical term, fermata, which means “the sustaining of a note, chord, or rest for a duration longer than the indicated time value.” In 1916 socialite Louise Hitchcock, wife of Thomas Hitchcock, established Aiken Preparatory School – now Mead Hall Episcopal School – for the Winter Colony boys. The Hofmanns, who had a daughter, saw the need for a similar school for girls. Though the Hofmanns divorced in the early 1920s, Marie Hofmann continued operating the school. She moved Fermata to a nine-acre property on Whiskey Road called Tall Pines (seen below), the former home of Colonel A.R. Kuser, in 1921. The school remained here for twenty years before closing in 1941. The main building burned shortly after the school closed. 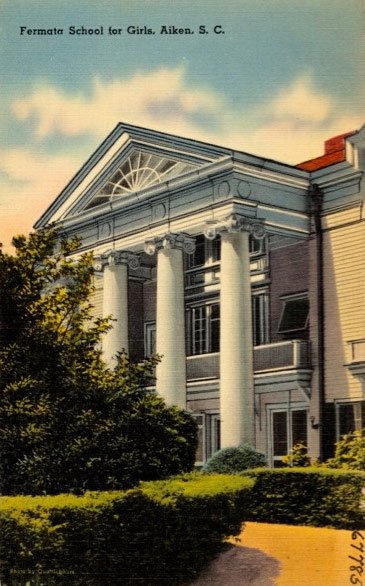 The Fermata School attracted daughters of the country’s most powerful and affluent families. Barbara Rutherfurd – daughter of Lucy Mercer Rutherfurd, mistress of President Franklin Delano Roosevelt – attended the school in 1927. The Fermata School Corporation took control of the school following Marie Hofmann’s tenure, and the school and property were later purchased by Frederick A.M. Tabor, who operated the school until its 1941 closing. Following the subsequent fire, the property came under the ownership of the Augusta Citizens and Southern Bank. In 1952 sixteen Aiken families leased the property and restored it as a private social club, converting the former gymnasium into the clubhouse. 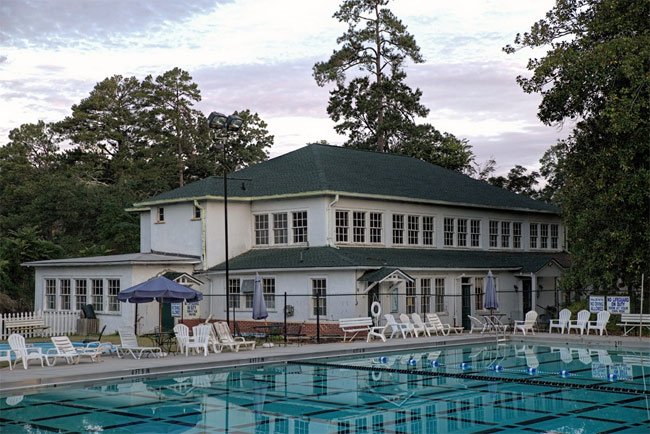 The Fermata Club, which abuts the Palmetto Golf Club, remains an active tennis, swimming, and social club. The club’s latest renovation occurred in 2006 when the original 1930s swimming pool, built for the school, was replaced. The club is a popular venue for celebrations, community fundraisers, and events.