This church in Graniteville harks back to the town’s origins as a mill village planned by industrialist William Gregg in 1846. Gregg chartered the Graniteville Manufacturing Company in 1845 and developed the village shortly thereafter, which included several mill houses, a school, and two churches – St. John United Methodist Church and First Baptist church, shown here. 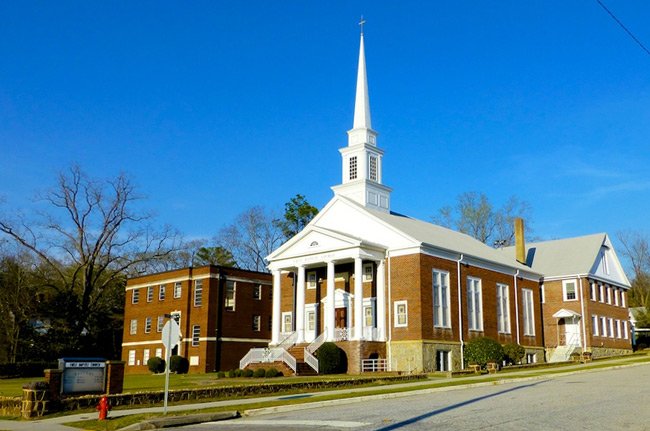 The Baptist congregation was formed by 1846, and a building for the church was erected in 1848 on the canal at the foot of what is now Gregg Highway. This building succumbed to a fire on March 14, 1886, but by June of that same year another had been built in the church’s current location. After undergoing remodeling efforts in the 1920s and the 1930s, including the addition of the current sanctuary in 1934, First Baptist Church of Graniteville continues to thrive within what was once the first large-scale cotton mill village in the South.