Grace United Methodist Church was organized at the start of the twentieth century shortly after the founding of North Augusta. In 1903 businessman and town founder James U. Jackson sold the land for the church to trustees for one dollar, and soon afterwards Grace Methodist Episcopal Church South was built. Jackson himself joined the congregation in 1905 and was a member for the rest of his life. His memorial service was held in the church, now called Grace United Methodist Church, following his death in 1925. 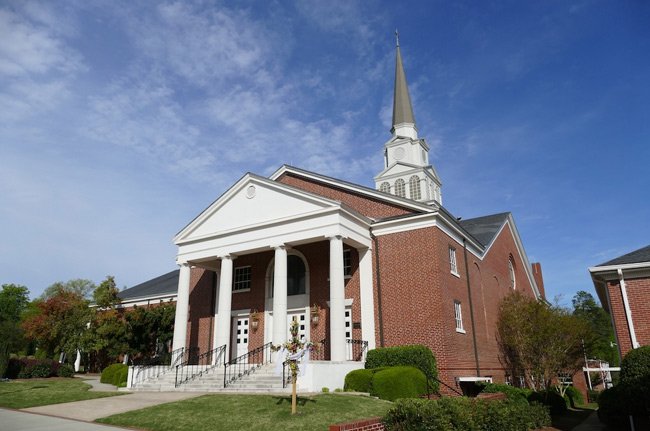 The church suffered a fire on July 17, 1983, and worship was held in the church’s Family Center for the next two years. During that time, other churches from around the community generously donated to Grace United Methodist Church to help members restore their sanctuary.