Many historians believe this school, built for the Graniteville Mill village, was the first American school to implement a compulsory attendance policy. Construction on Graniteville Academy began in 1847, the year after industrialist William Gregg began developing the nearly 8,000 acres of land in Aiken County that he called Graniteville. The village was named for the local blue granite used in the construction of the canal that would power the cotton manufacturing plant as well as the mill itself. The school building originally included a bell tower. 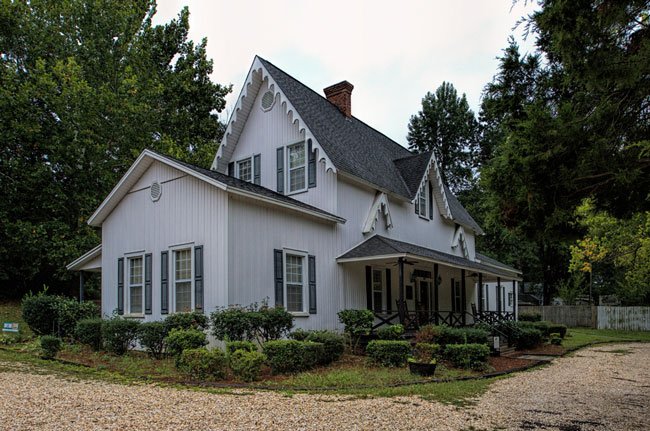 Gregg, who owned nearby Vaucluse Mill, toured the large-scale mill villages of New England in 1844 and returned to South Carolina inspired. He believed that developing a small town around industry, church, and education would fulfill his vision of success in the South. He began constructing his mill community in 1846, and by 1849 the town was completed and the mill was in operation. Carpenter Gothic-style buildings such as the school and mill houses for employees made Graniteville one of the more ornate mill villages developed in the nineteenth century. 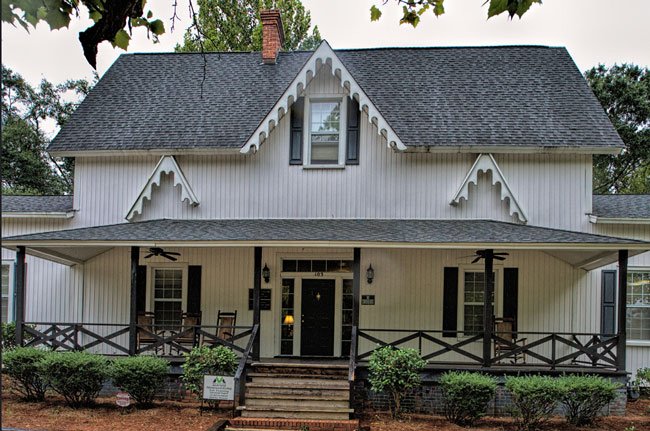 The school opened in 1848 and originally served students up to the sixth grade. Mill employees were required by Gregg to send their children to school and forced to pay a truancy fine if their children failed to attend. Gregg frequently visited the school to ensure it was running properly, and he was known to bring the students fresh peaches when they were in season. The school building was expanded in 1853 and a high school was added in 1898, graduating its first class the following year. 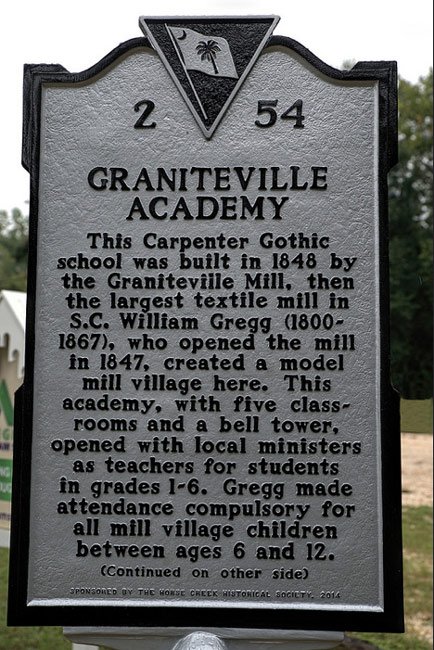 The student population continued to grow into the twentieth century as the textile industry boomed in the South, requiring a bigger school. Leavelle McCampbell School, named for a Graniteville Manufacturing board member and president, was built in 1922 to relieve overcrowding. The school also served students from nearby mill towns Vaucluse and Warrenville. 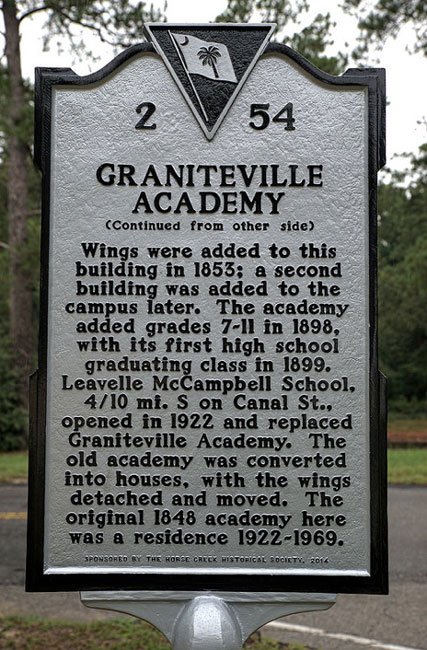 Leavelle McCampbell School became Graniteville High School in 1954. In 1980 Graniteville High School became Leavelle McCampbell Middle School, as it remains today. The former Graniteville Academy became a private residence after the school evacuated its grounds, with its additions removed and converted into housing. The building briefly served as a museum before becoming the headquarters of the Graniteville Leisure Years Club in 1971 (an organization for senior citizens). Today the building houses the Megiddo Dream Station, a nonprofit organization which prepares unemployed people for the workforce. 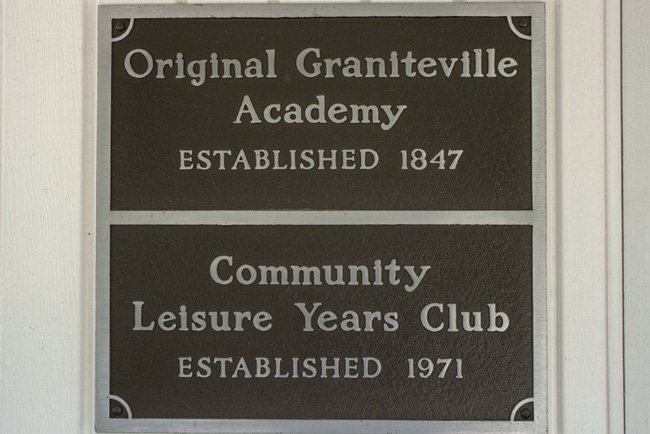