The mill village of Graniteville was chartered in 1845 by William Gregg, founder of the town a well as the Graniteville Mill. Gregg, who had invested in the nearby small-scale mill village of Vaucluse in 1837, was ready to establish the South’s first large-scale mill village after touring similar towns in the Northeast in 1844. After purchasing nearly 8,000 acres near Horse Creek, he began constructing the textile manufacturing company and its surrounding hamlet in 1846. He named the town for the local blue granite used to build his mill. 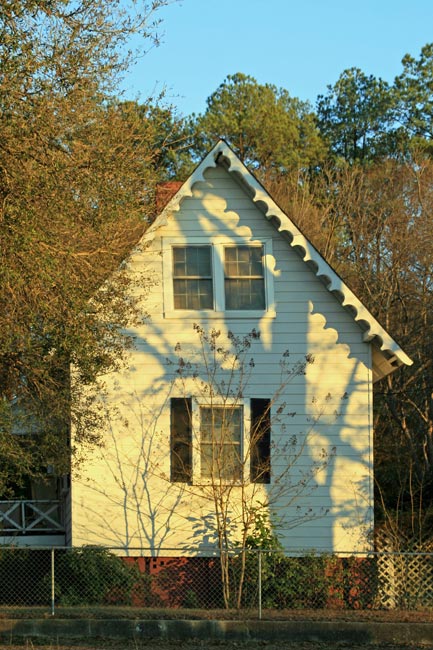 In his town plan, Gregg set aside land for two churches – St. John Methodist and First Baptist of Graniteville – as well as a school, Graniteville Academy. Twenty-six houses for mill workers and their families were also built along Gregg Street at the town’s inception, as seen below. By the time the textile mill was in operation in 1849, 100 such mill houses had been built throughout the village. 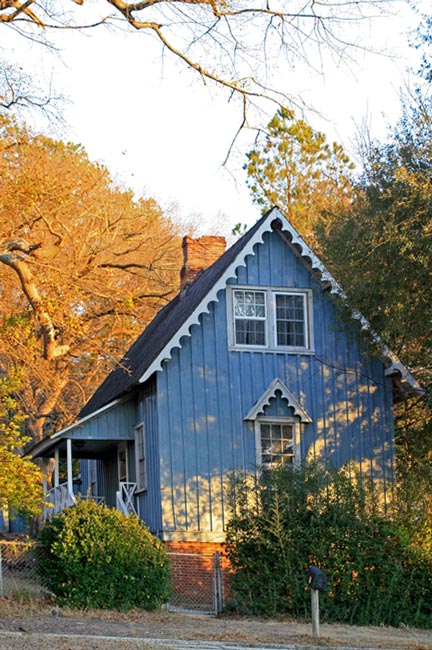 In keeping with architectural continuity, all of the early buildings, including the school, churches, and mill houses, were built in the Carpenter Gothic style. This design makes Graniteville one of the more ornate mill villages developed in the South. Residents rented their on-and-a-half story homes from the manufacturing company for $16 to $25 per year. By the 1950s the mill had sold its homes to residents or other buyers. Most of the mill houses have been updated, though they retain their original appearance. 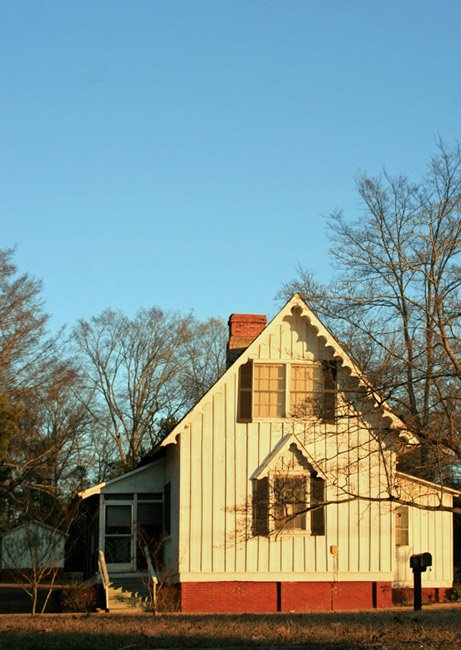 The Gregg Street mill houses are listed in the National Register as part of the Graniteville Historic District, which says the following: