Larry Gleason, who provided the photos on this page, was given special access to photograph the depot for the South Carolina Picture Project in recognition of the importance of documenting South Carolina’s historic sites. For that reason, SCIWAY is honoring the property owner’s request not to provide the depot’s current specific location.

What does a vacant shack from a forgotten South Carolina town have in common with the Golden Gate Bridge and the Hoover Dam? All three have been designated National Historic Civil Engineering Landmarks – a coveted award shared by just 262 structures in the world. 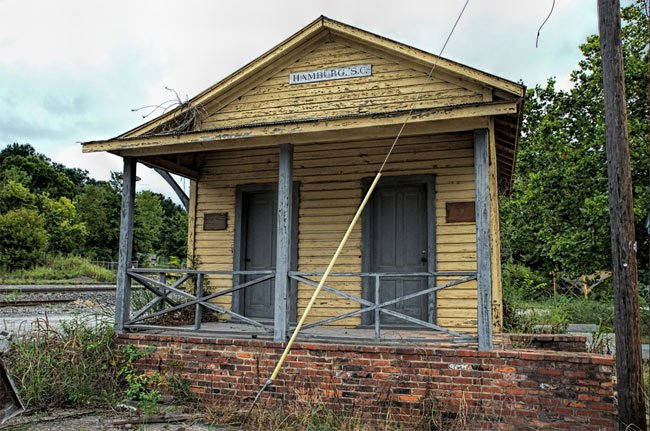 The plaque emblazoned on the historic Hamburg Depot honors the Charleston-Hamburg Railroad. When the line was completed in 1833, it stretched further than any other track in the world – by far – coming in at a whopping 136 miles! For its time, this was an unheard of engineering feat. 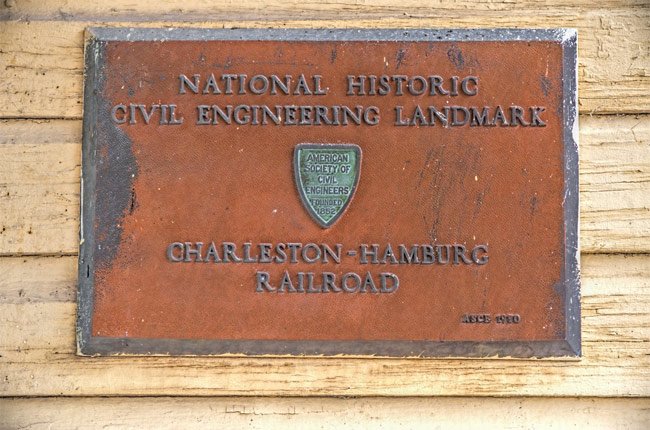 The dilapidated depot once greeted rail travelers in the now-extinct settlement of Hamburg. Hamburg was founded by businessman Henry Shultz in 1821 to serve as an inland port that could compete against Augusta – located just across the Savannah River. The settlement flourished as cotton and tobacco merchants shipped their wares downriver to Savannah and Charleston. Indeed, trade there became so successful that the South Carolina Canal and Rail Road Company soon made Hamburg its western terminus. 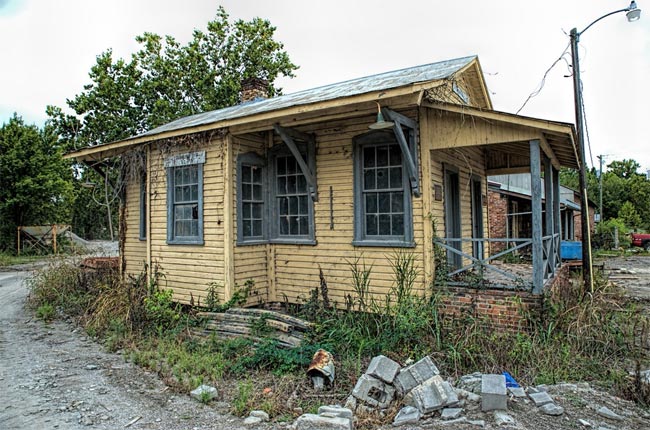 The South Carolina Canal and Rail Road Company had been incorporated in 1827 by wealthy Charleston merchants who desired a commercial alternative to Charleston’s port, which was geographically isolated from other major American cities and often bypassed. The investors saw opportunity in establishing a reliable trade route to South Carolina’s interior, and they searched for a form of transportation that would not depend on driving primitive dirt roads or crossing dangerous rivers and swamps. (Though the shareholders originally considered constructing a canal, they eventually abandoned that idea.) 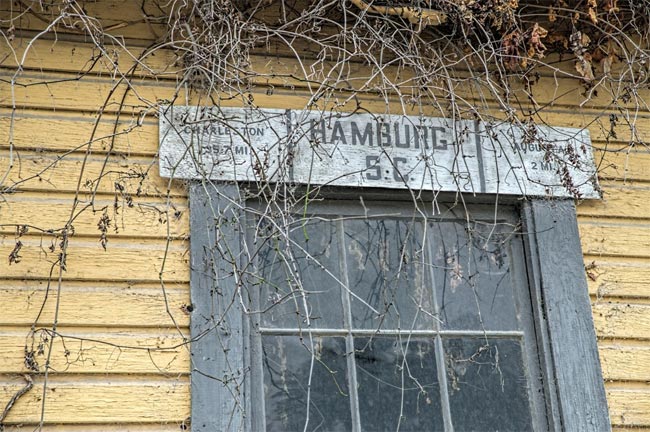 Cotton merchant William Aiken was named the company’s first president. Towns such as Aiken – founded in 1835 and named for the rail company’s leader – were laid out as stops along the tracks from Charleston to Hamburg. Older communities, like Branchville, also functioned as important stations. 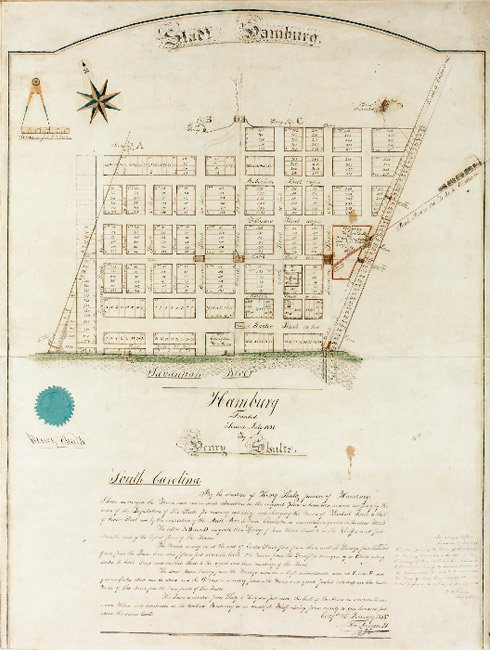 The train provided South Carolina’s first commercially-viable link between the Lowcountry and the Midlands and Upstate – where, especially at that time, our state’s agricultural commodities were richest. Both cotton and tobacco were lucrative crops, and the port in Charleston needed to compete with ports in Augusta and Savannah. Bypassing the Savannah River would create a more efficient shipping system and appeal to merchants. Importantly, it would also make Charleston’s port accessible to the more remote regions of our state. 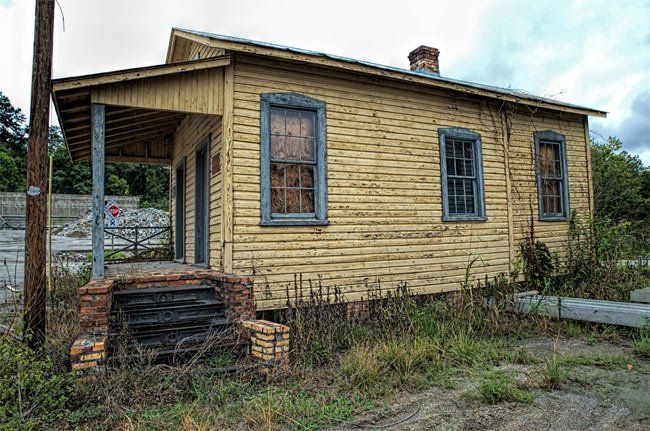 The rail line was designed by civil engineer Horatio Allen of the Delaware and Hudson Canal Railroad, who studied the Stockton and Darlington Railway in England – the world’s first railway to offer regularly-scheduled passenger service – as a model for the Charleston-to-Hamburg line. As a result of Allen’s time in England, the Charleston-to-Hamburg line became the first railway in the United States to carry passengers on a regular schedule via a steam locomotive, with the original route running from Charleston to Summerville and earning a handsome profit. The railroad was also the first in the country to deliver mail by contract, and its tracks carried the country’s first domestically-built steam locomotive, the Best Friend of Charleston. 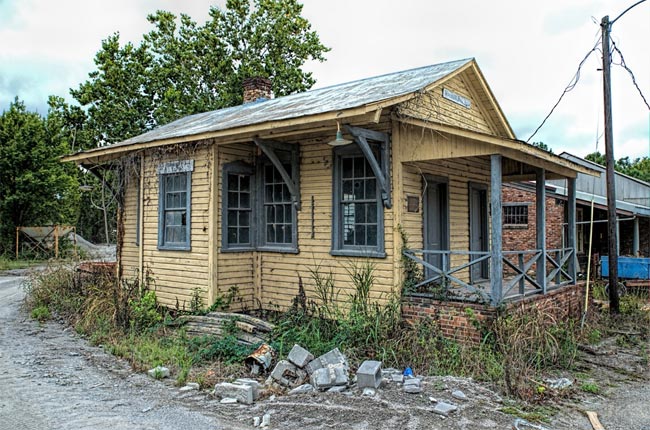 The first six miles of the rail line were completed in 1830, and on Christmas day of that year, the Best Friend carried 140 passengers as described in the December 29, 1830, edition of the Charleston Courier:

“The one hundred and forty-one persons flew on the wings of wind at the speed of fifteen to twenty-five miles per hour, annihilating time and space … leaving all the world behind. On the return we reached Sans-Souci in quick and double quick time, stopped to take up a recruiting party – darted forth like a live rocket, scattering sparks and flames on either side – passed over three salt creeks hop, step and jump, and landed us all safe at the Lines before any of us had time to determine whether or not it was prudent to be scared.”

Sadly, on July 17, 1831, the Best Friend exploded and killed a fireman who had closed the locomotive’s steam valve to block its sound. Parts of the Best Friend were salvaged to build the Phoenix, which replaced the ill-fated engine. 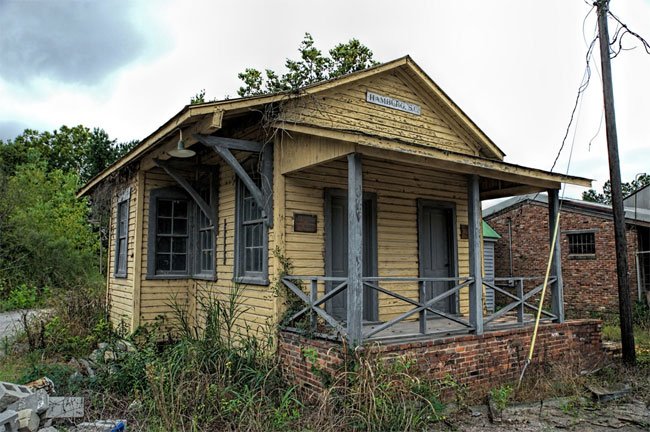 By 1842 the rail company had opened a line from Branchville to Columbia, making Branchville home to the world’s first junction created by splitting a single line of track. (At least one earlier junction, in England, had been created by crossing two separate lines of track, each belonging to a different company.) Shortly afterwards, in 1843, South Carolina Canal and Rail Road merged with the Louisville, Cincinnati and Charleston Railroad Company and dropped Canal from its name. From this point, the railroad expanded across the state to include a terminal at Camden in 1848. The line even stretched across the Savannah River into Georgia when the Hamburg-to-Augusta rail bridge was built in 1853, connecting the two states. 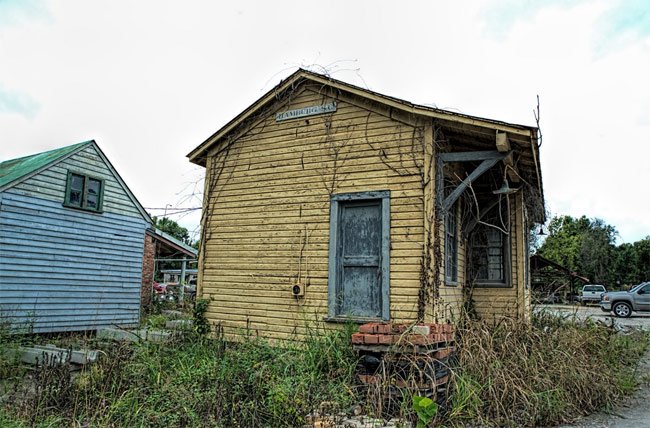 Unfortunately, this bridge effectively rendered the town of Hamburg obsolete as an inland port. The lack of commerce – combined with the Civil War and a tragic event known as the Hamburg Massacre – led to the town’s demise. A series of floods in the early twentieth century wiped out the community completely. Today Hamburg’s former borders have been usurped by North Augusta, a neighboring town established in the early nineteenth century. 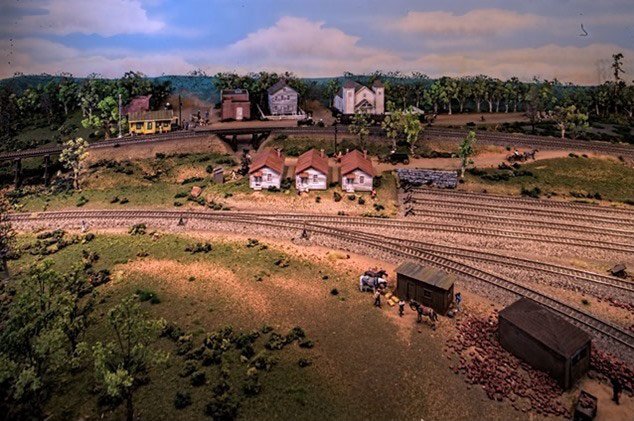 Much of the railroad was heavily damaged during the Civil War but was rebuilt – though under great financial duress – in the 1870s and 1880s. Subsequent financial difficulties meant that the railroad changed hands in the 1880s – briefly becoming the South Carolina Railway Company – and was sold to Southern Railway in 1899. At this point the railroad became part of a national rail system, and the 1853 bridge to Augusta was dismantled in 1908. It was replaced with the currently-operating Sixth Street bridge in 1912. Southern Railway is now operated by Norfolk Southern. Today a piece of the original Charleston-to-Hamburg rail line can be seen in Charleston. The dioramas above and below from the Aiken Visitors Center and Train Museum depict the Hamburg Depot in 1916. 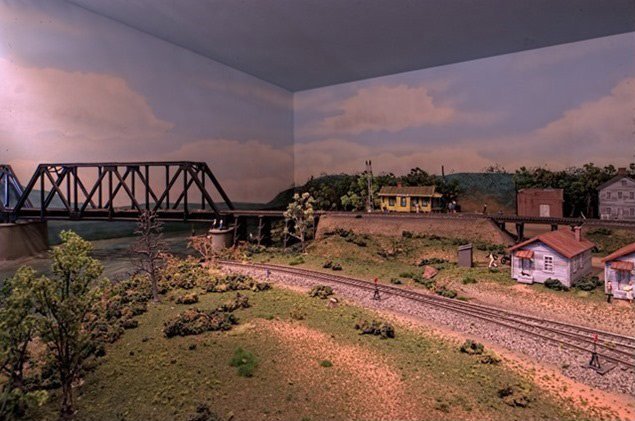 The National Historic Civil Engineering Landmark plaque was bestowed on the Hamburg Depot by the American Society of Civil Engineers in honor of the entire Charleston-to-Hamburg line. The program “recognizes historically significant local, national, and international civil engineering projects, structures, and sites,” and including such marvels as the Golden Gate Bridge, the Washington Monument, and the Suez Canal in Egypt.

No other South Carolina structure has received the National Historic Civil Engineering Landmark, and yet this depot – which represents our state’s most distinguished engineering accomplishment, an accomplishment which informed rail travel across the globe at the dawn of the industrial era – sits abandoned on private property where it is inaccessible to the public. This is a sad irony for a structure built to welcome people, and a great misfortune for those who believe it merits preservation.