Graniteville is known as the South’s first cotton mill village. Development of this community began in 1846 after industrial visionary William Gregg purchased nearly 8,000 acres of land here for his Graniteville Manufacturing Company and began the construction of an entire town. His plan included a canal, the factory, churches, housing for employees, accessible stores, and a school. 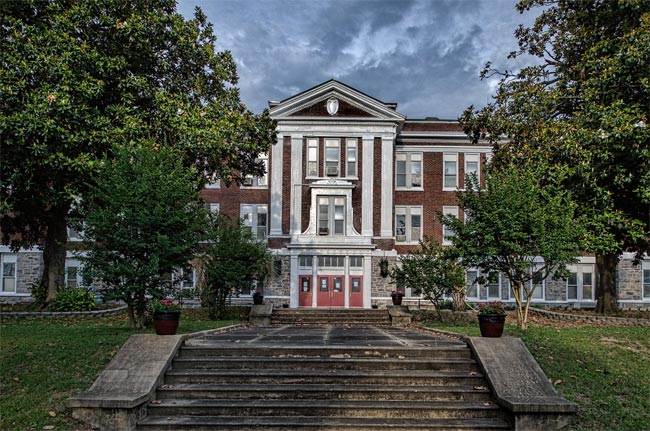 The first school built for his employees’ children was called Graniteville Academy and was completed in 1847. Gregg, who saw himself not only as a champion of industry but also an overseer of morality, stipulated that his factory workers send their children to this free school or face a hefty fine. School was held in a Gothic Revival-style building that complemented the other structures in the new village, including the mill houses and St. John Methodist Church. 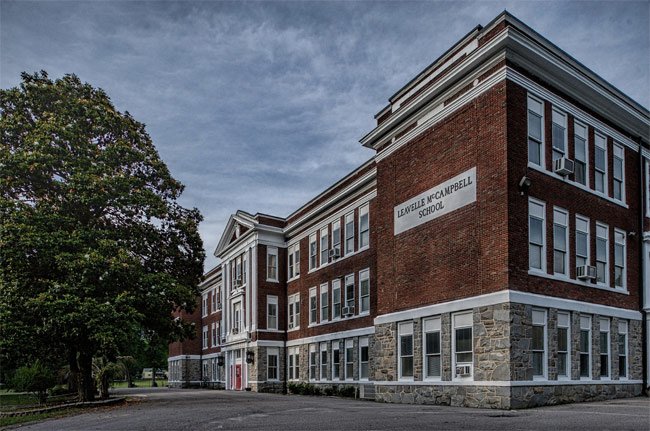 By the early twentieth century, the success of the mill dictated that a newer, larger school be built to accommodate the increasing student body. Leavelle McCampbell School, a two-story brick building named for a Graniteville Mill board member and eventual president, was built in 1922. The school served elementary-aged students from Graniteville as well as from the surrounding communities of Vaucluse and Warrenville until it became Graniteville High School in 1954. 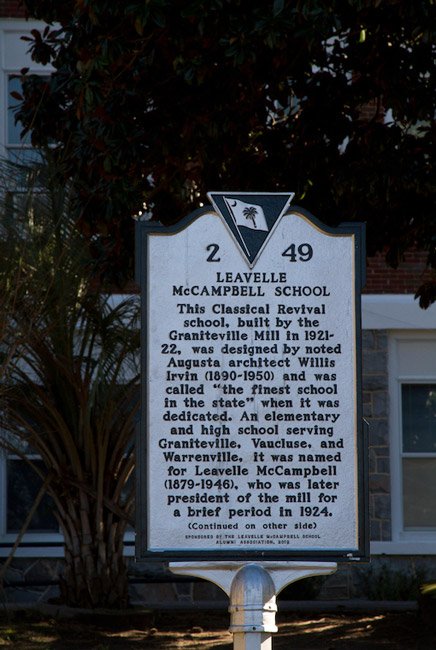 Beverly Christ of James Island, 2014 © Do Not Use Without Written Consent

The mill sold the school property to Aiken County in 1960. The school remained a high school until 1980 and then became Leavelle McCampbell Middle School, as it is today. However, the school is slated to relocate into a new building by then end of the 2016-2017 school year. The fate of this historic building following the move is yet undetermined. 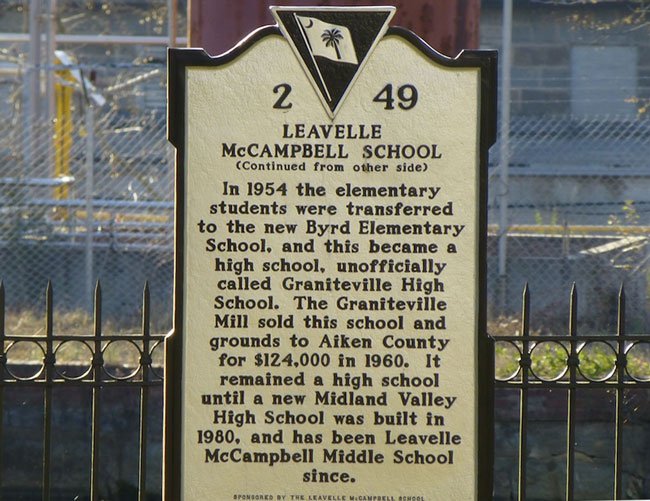