Lookaway Hall has always been a focal point of North Augusta. The grand home was constructed between 1895 and 1898 – just before the town’s founding. 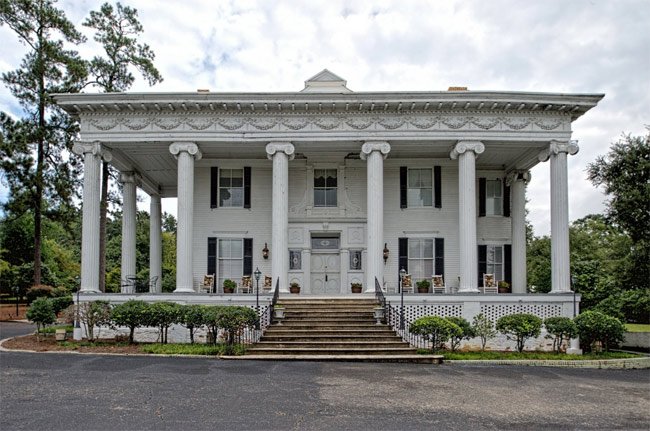 Legend has it that Walter Jackson, brother of the town’s founder James Jackson, won the right to build on the best spot in the new town by cutting a deck of cards with his brother. James built his house Rosemary Hall across the street from Lookaway Hall. 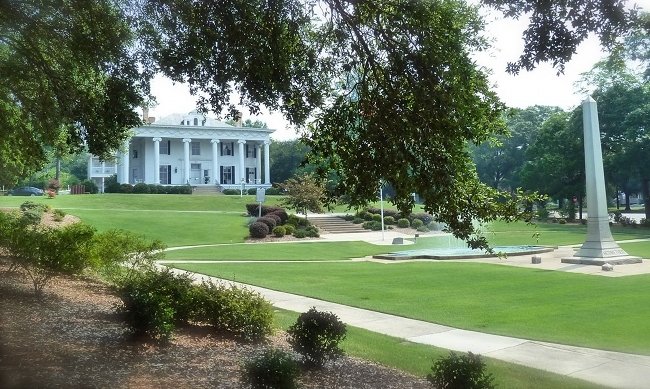 Many locals call the town’s centerpiece the Mealing House because Dr. and Mrs. Henry Mealing lived there from 1936 until the late 1980s. Today, the historic landmark serves as a bed and breakfast inn. 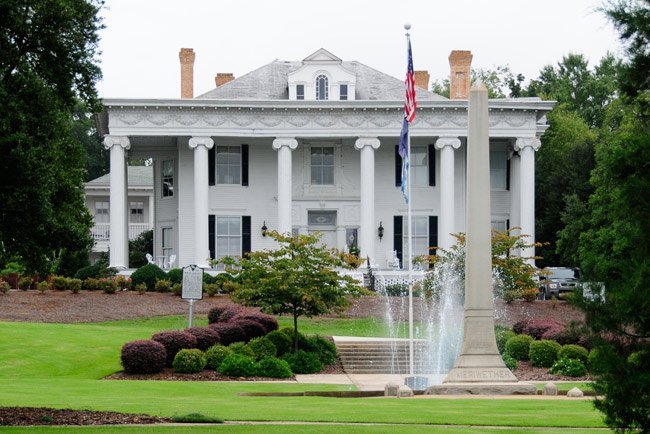 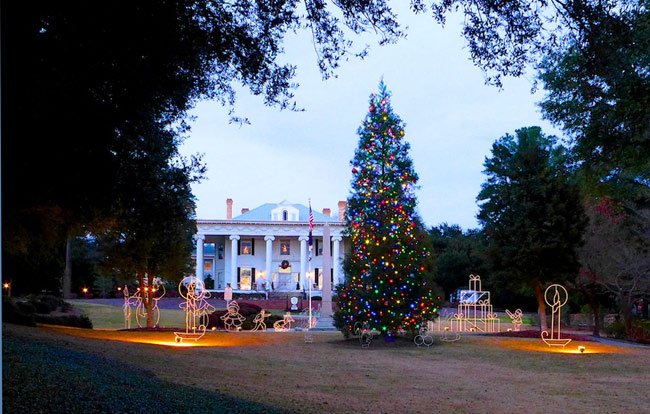 Lookaway Hall is listed on the National Register:

Lookaway Hall was built from 1895 to 1898 for Walter M. Jackson who, with his brother James U. Jackson, formed the North Augusta Land Company in 1890 in order to “develop those beautiful hills across the river” from Augusta. The home is an imposing high style example of the Beaux-Arts style, being built just two years after the Columbian Exposition of 1893 which made the Beaux Arts and Revival styles popular in America. The home, at the focal point of the new community, was most likely a symbol of the “good life” that North Augusta could provide. It is still a symbol of North Augusta, used on the city seal and considered a landmark by the citizens.

Lookaway Hall is a two-story, wood frame house covered with white painted weatherboard siding. It is set on solid brick piers with lattice-pattern brick infill. A crucial element is the monumental two-story portico with Ionic columns and a full entablature, including a frieze festooned with garlands. Its plan is a modified T-shape with octagonal bays at the protruding sides. A single-story and two-story additions have modified its appearance at the rear of the building, but the original roof lines and detailing are still visible. The hip roof is covered with asphalt shingles. The siting of Lookaway Hall, on a hill in a fork in the road overlooking the town of North Augusta, adds to its imposing appearance.