Morgan Fountain in Aiken was built in honor of Thomas Redman Morgan, the city’s mayor from 1899 to 1900. During his tenure, Morgan was determined to ensure Aiken’s success for generations to come by implementing multiple beautification projects. 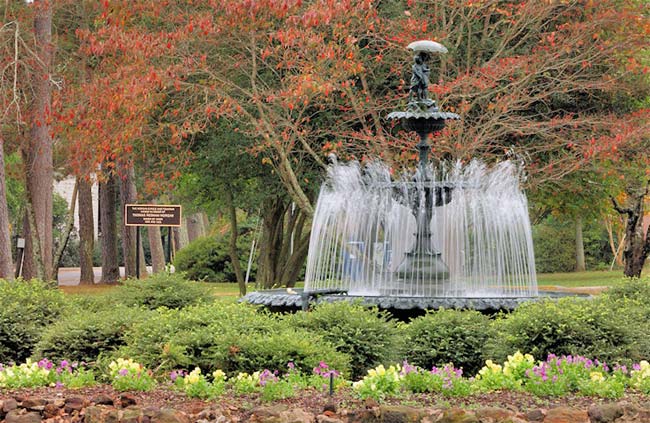 Thomas Morgan laid the plans for 175 future parkways and hired a person to landscape the area around these roads. This included planting magnolia and oak trees as well as vibrant rye grass around Aiken’s new streets. This foresight was a gift to future residents, who now enjoy the shade and elegance of these towering trees. 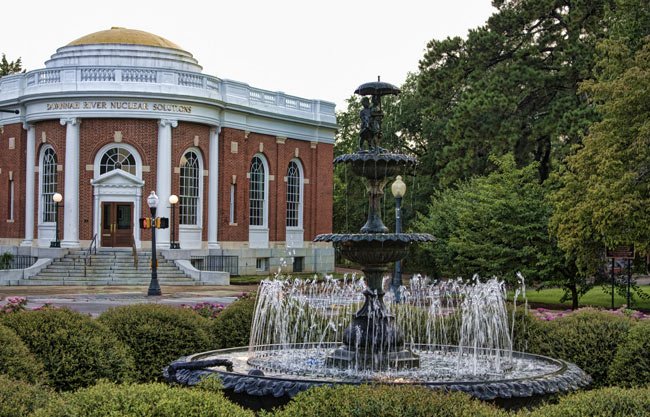 The original Morgan fountain stood at this same intersection of Laurens Street and Park Avenue, in front of the Aiken Post Office, but it was damaged by a storm in the 1930s. 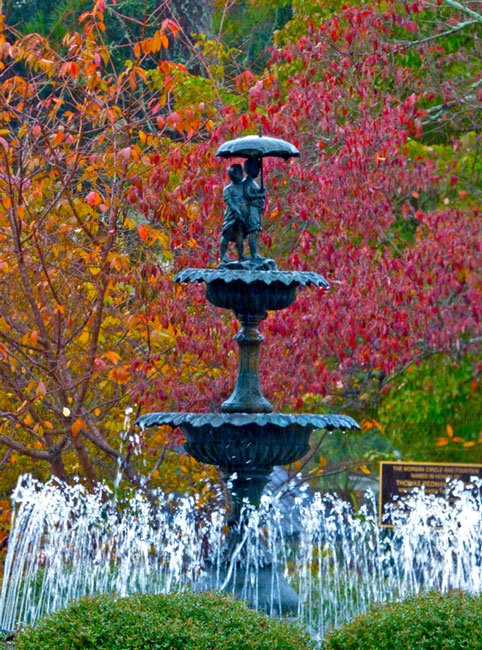 Jean Doepkens Wright of Doswell, Virginia, 2014 © Do Not Use Without Written Consent

It was replaced in 1963 and the historical marker seen next to the fountain was recently added to honor Thomas Morgan’s contributions to the City of Aiken. The Morgan Fountain is very popular with residents and visitors and is one of the most photographed landmarks in the city. 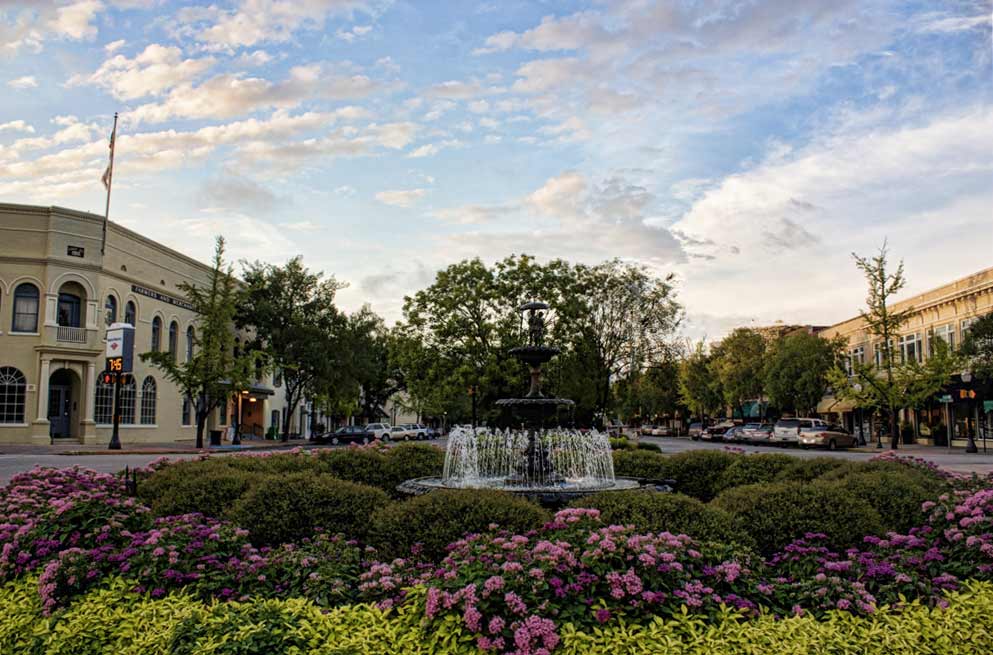 Contributor Jean Doepkens Wright shares, “While visiting Aiken to help move a friend’s father to a retirement home, we passed this Morgan Fountain many times. Not being an Aiken native, I did not know its history, but I just knew I had to capture a picture of it against the colorful autumn foliage.”