Silver Bluff Baptist in Jackson may look an ordinary church, but the congregation is one of historical significance, both in this small Aiken County community and in our nation as a whole. Silver Bluff Baptist Church is considered one of the first – if not the first – organized African-American congregations in the United States. The church was founded in the mid-1700s by the slaves of George Galphin. 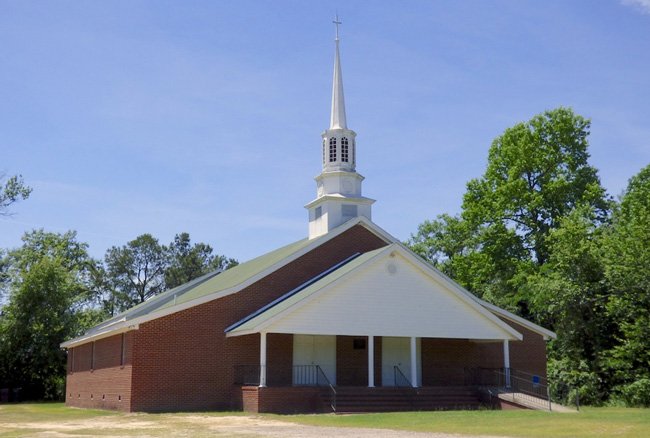 In the mid-eighteenth century, Irish immigrant George Galphin bought land on the banks of the Savannah River that would eventually become Silver Bluff Plantation. Galphin built and operated sawmills and gristmills on the property, damming Hollow Creek to power his machines. Galphin was also a well-known Indian trader along the Savannah River, and traces of his trading post, which was fortified by the British during the Revolutionary War and called Fort Galphin, remain in tact within the Silver Bluff Audubon Center and Sanctuary. 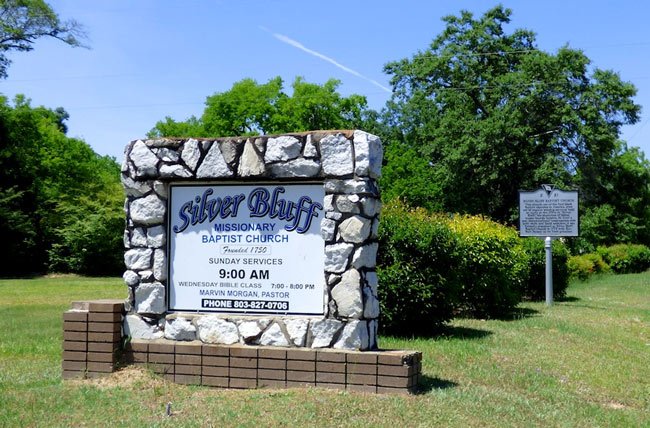 Galphin was unusual in that he allowed his slaves to worship independently without his oversight. As a result, and under the leadership of slave David George, these men and women formed the early foundations of Silver Bluff Baptist Church. It is thought that the congregation was first Presbyterian, likely due to the influence of Galphin and his Irish heritage. The church later practiced Methodism before finally becoming Baptist in 1773. 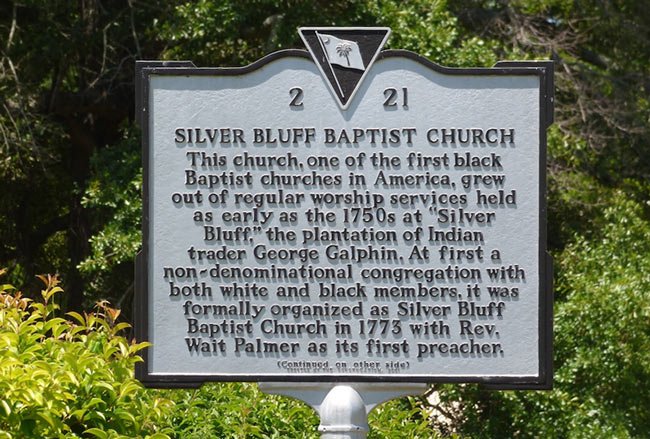 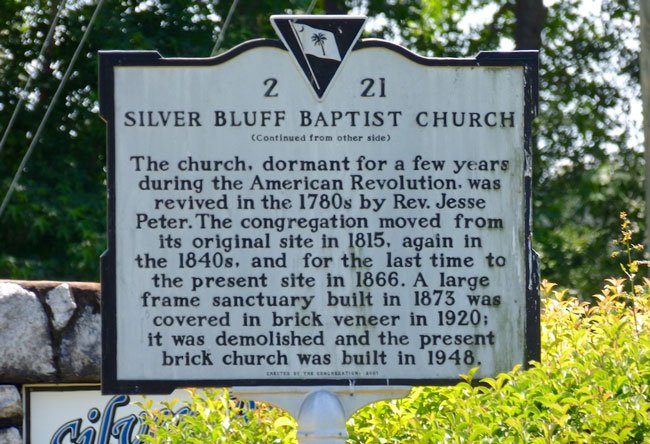 The present site of Silver Bluff Baptist Church is the church’s third. The congregation moved from its first location in 1815 and from its second in the 1840s. Following the Civil War, the church relocated to this property in 1866. Two church structures have occupied this land. The first was built in 1873; it was demolished and replaced with the current building in 1948.