This simple church in Graniteville is one of the original buildings included in town founder William Gregg’s plan for the community. Built around Gregg’s cotton manufacturing company, Graniteville Mill, Graniteville would soon become the South’s first large-scale mill village. When the industrial visionary laid out his new town in 1846, he set aside lots for two churches – St. John Methodist and First Baptist of Graniteville. 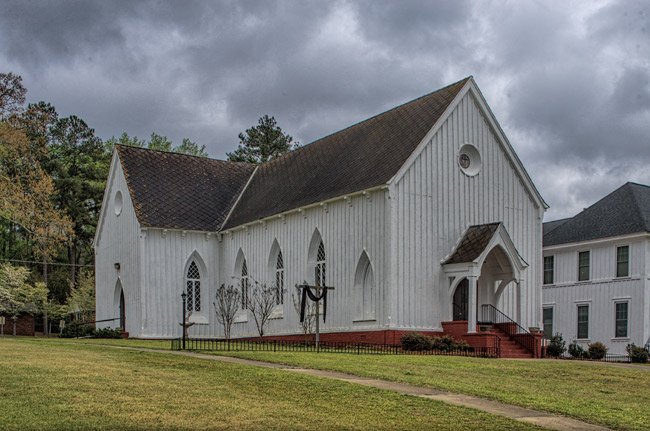 Gregg stipulated that the architecture of the churches complement the other buildings planned for the area. Indeed, Charleston architect E.B. White designed St. John United Methodist Church in the Carpenter Gothic style shared by the mill houses and local school, Graniteville Academy. The village’s other church, First Baptist, burned in 1886. It was quickly rebuilt and has since been remodeled in a modern style. 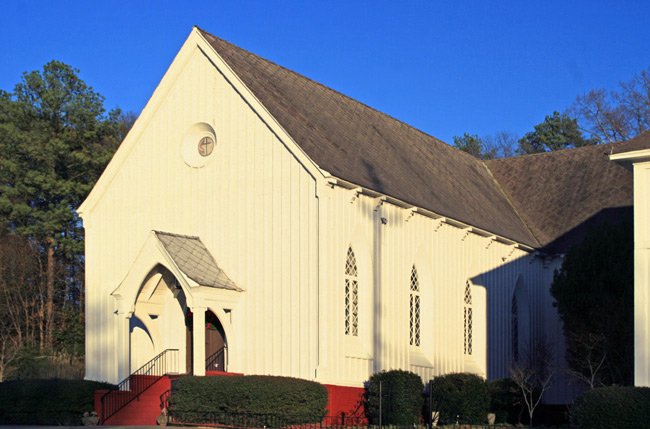 The sanctuary of St. John, which was completed in 1848, has survived for over 165 years with little repair work needed – a testament to the design skills of White as well as its construction by builder W.G. Ruppell. Several additions have been built on the church property throughout the twentieth century to accommodate the ever-growing congregation. 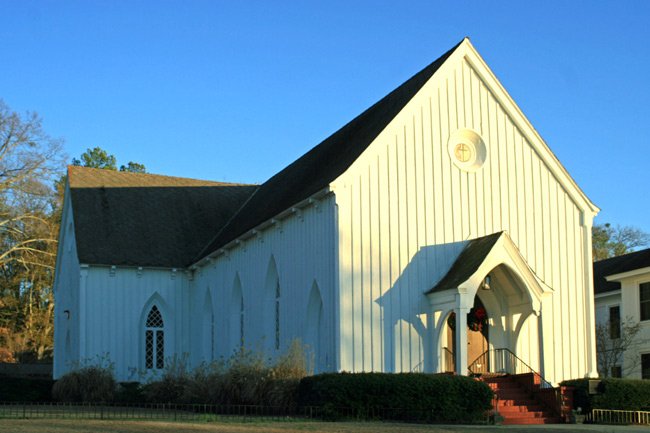 An educational building was constructed next to the church in 1927, seen below. Despite the fact that the building was erected nearly 100 years after the church, the architectural integrity of the structure is in keeping with the style of the church building. 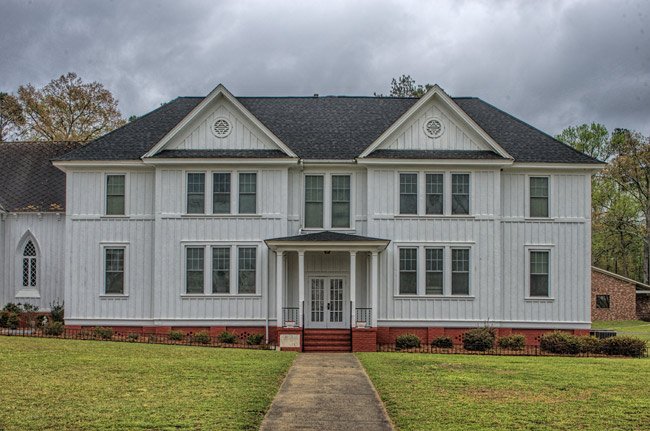 The two-story educational building is still used by the church for Sunday school and fellowship. A modern brick building, the BEssiw Pearl Williams Building, was also added to the church campus. 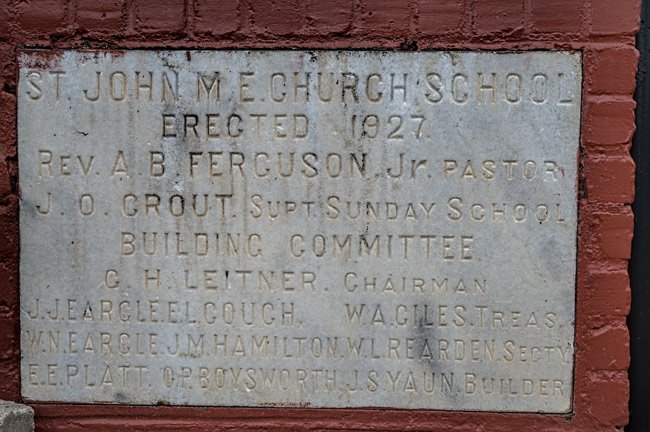 St. John United Methodist Church is listed in the National Register as part of the Graniteville Historic District: