We are eagerly seeking more information about this historic church. If you know anything at all you can share with us, please write us here.

With no signs other than a small white rectangle pointing in the direction of the church, Susan Union Baptist exists in almost complete isolation. Located at the end of a miles-long dirt road between Beech Island and Jackson in Aiken County, this sacred place is home to over a century of black congregants. A cemetery on the property has graves with dates ranging from the church’s inception to the 1960s. 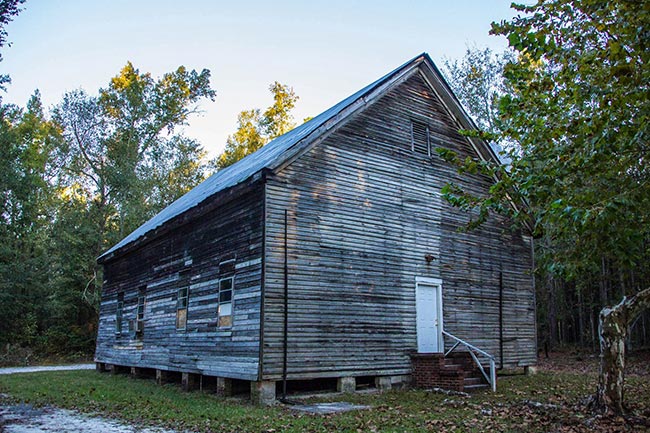 Andy Brown of Aiken, 2017 © Do Not Use Without Written Consent

Originally known as Seven Mill Baptist Church, the unpainted frame structure is believed to have been constructed in 1893. The congregation moved the church to its present location in 1896 on land donated by Susan Bohler. The church was then renamed in her honor. At least one source states that members gathered in a bush arbor before constructing their sanctuary, which was a common practice in early South Carolina. 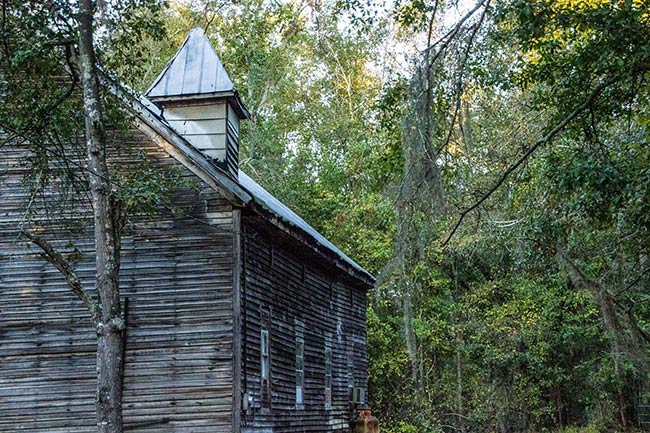 Andy Brown of Aiken, 2017 © Do Not Use Without Written Consent

The sanctuary has not changed much over time, according to member Ruby Perry, who was interviewed by The Augusta Chronicle in 2009: “They have lights in it now, and they have air conditioning and restrooms,” she said. “There aren’t that many of us left, but we still have fun.”

This same article describes the old church beautifully, saying, “Susan Union Baptist Church in Beech Island is the kind of church where the hardwood creaks and the floor gently slopes down. It’s the kind of church that gets more light through cracks in the wall than it does from three small overhead bulbs lining a center wooden beam.”

While the church does not hold regular services, the congregation does meet on the fourth Sunday of each month and holds a revival once a year. In the early 2000s, membership was counted at about 25.

Photographer Kenneth Eugene Cheeks shares: “I photograph old buildings and concentrate on South Carolina and Georgia. I am particularly fond of old churches and their history. I just happened upon this one-room church on one of my photography excursions with my wife in January, 2011. 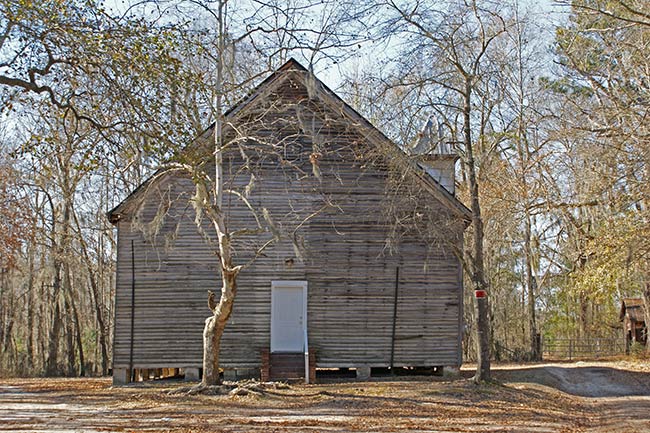 Kenneth Eugene Cheeks of North Augusta, 2011 © Do Not Use Without Written Consent