This four-year college in Aiken dates to 1961 when a group of citizens formed the Aiken County Commission for Higher Education in hopes of establishing a local college. Beginning in September of that year, 139 students met in historic Banksia, now the Aiken County Historical Museum, for the first classes. The college was established as a two-year branch of the University of South Carolina and operated in Banksia until 1972. That year, the school moved to its present location. 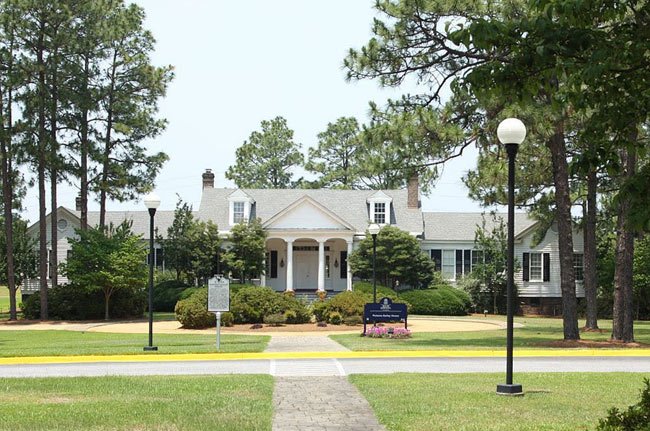 With its own campus, the student body of USC Aiken grew, as did its course offerings. Students gathered in the Robert E. Penland Administration and Classroom Building for classes, and by 1975 the student population had topped 1,000. Due to increased enrollment, the college received four-year accreditation in 1977. The campus expanded with both historic buildings such as the Pickens-Salley House (seen above), which was relocated to the campus from a different site in 1989, and new buildings, such as the Ruth Patrick Science Center (seen below). 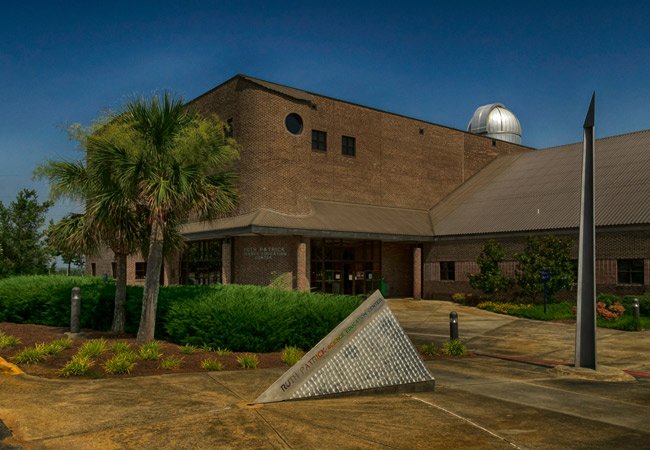 The Ruth Patrick Science Center was built in 1991 and enlarged to 30,000 square feet in 1999. The building is named for Dr. Ruth Patrick, a renowned ecologist and botanist. Dr. Patrick received the National Medal of Science in 1996. She was a 1929 graduate of Coker College in Hartsville and received her master’s and doctoral degrees from the University of Virginia. She died in 2013. The Pickens-Salley House is used for administrative offices.

The 1990s saw tremendous growth at the college. In 1994 USC Aiken began offering graduate courses, and additions such as the Business and Education Building and the Alan B. Miller Nursing Building were added to the campus. Today USC Aiken serves around 3,500 students and enjoys recognition as one of the top three public baccalaureate colleges in the South according to U.S. News and World Report’s guide,”America’s Best Colleges.” The college has received this ranking for nineteen consecutive years.

The Pickens-Salley House is listed in the National Register:

(Edgewood) The Pickens house is reputed to have been built in 1829 by Governor Andrew Pickens for his son Francis W. Pickens, who called the home Edgewood. Abandoned and in a state of disrepair, the house was moved from near Edgefield to Kalmia Hill in Aiken in 1929 by Eulalie Chafee Salley. Salley was a prominent Aiken businesswoman and leader of the women’s rights movement. The house is significant for its association with her contributions to Aiken and women’s rights. The Pickens House is also a fine example of early nineteenth century backcountry plantation architecture, and although it has been moved it still carries an association with Governor F. W. Pickens and his family.

The rebuilding and restoration by Byron Hair, contractor and Willis Irvin, architect are significant in their own right. Irregular-shaped in plan, the Pickens House is sheathed with weatherboard, except under the roof of the front porch, where it has flushboard siding. The complex gable roof, which is covered with composition shingles, features boxed cornices with returns. A central projecting five-bay pavilion and flanking wings characterizes the symmetrical façade. The Pickens House was moved again ca. 1990 to the campus of the University of South Carolina at Aiken.