This bronze statue of William Aiken, Sr. was unveiled in Aiken on March 17, 2011. The statue depicts the founder and president of the South Carolina Canal and Railroad Company patiently waiting, pocket watch in hand, for the next train to arrive. 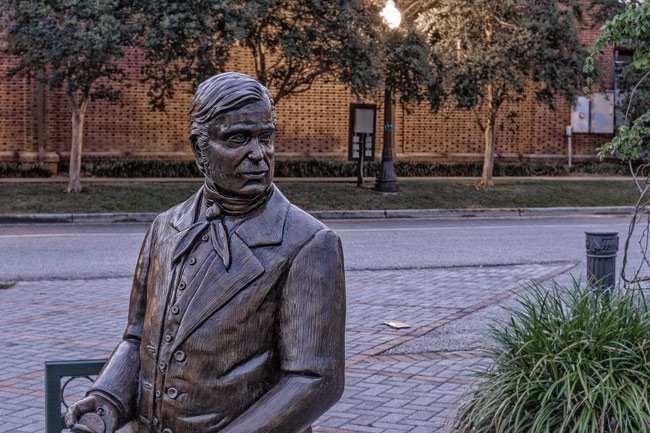 Both the City of Aiken and Aiken County were named for William Aiken, who immigrated to South Carolina from Northern Ireland in 1789. Aiken chartered the 136-mile railroad in 1827, and by 1833 the line was running from Charleston to Hamburg. At that time it was the longest and most important railroad in the United States. The same year the South Carolina and Canal Rail Road Company was incorporated, Aiken purchased the Aiken-Rhett House, now a house museum in Charleston, from merchant John Robinson, who had lost his fortune when five of his ships disappeared at sea. Aiken lived in his residence at 456 King Street and used the Elizabeth Street home as a rental property. 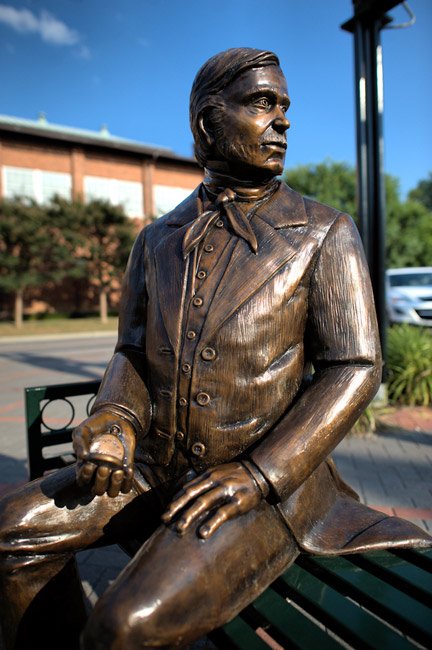 Sadly, Aiken died in a riding accident in 1831, never witnessing the completion of the famed Charleston-to-Hamburg line of the railroad he helped create. Aiken’s son, William Aiken, Jr., later served South Carolina as governor from 1844 through 1846.