Zubly Cemetery in Aiken County dates from 1790 when David Zubly, Jr. was buried on the site. The Zublys were among the many Swiss settlers who came to the New Windsor area in the eighteenth century. It is the oldest cemetery in Beech Island, and in 2007 and 2008, the Zubly Cemetery Association added 4.10 acres of land to the cemetery to act as buffer against future development. 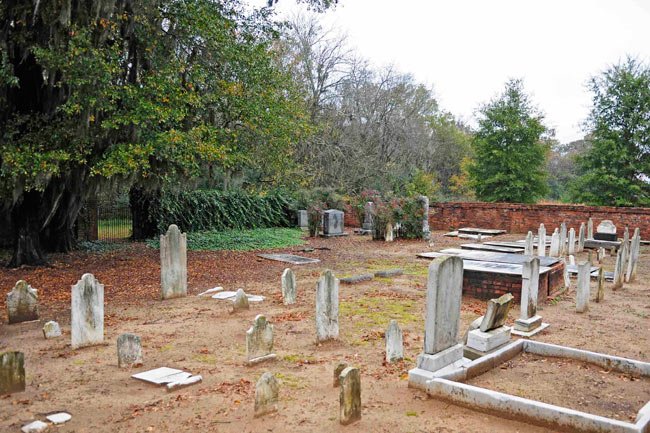 The Zubly Cemetery is listed in the National Register:

Established ca. 1790 by the Swiss settlers of New Windsor Township, the Zubly Cemetery is significant as an example of a typical early to mid-nineteenth century cemetery illustrating vernacular burial customs of the period. It is the most important extant historic resource associated with the New Windsor community, a significant late-eighteenth to early-nineteenth century settlement and frontier outpost in the South Carolina backcountry. Settled in 1737 by prominent families from Appenzell and Toggenburg, Switzerland, New Windsor became an outpost for Indian traders.

By 1750, New Windsor’s importance as a trading center was eclipsed by the neighboring city of Augusta, just across the Savannah River in Georgia, and the township declined further still after the Revolution. The Zubly Cemetery’s earliest marked graves date from this phase of New Windsor’s history. There are fifty-eight marked graves. The oldest marked grave is dated 1798 and the most recent burial is from 1983. Gravestones, most of them marble, vary from table-top tombs and other flat markers to upright tablets and obelisks. The cemetery is enclosed by a brick wall and an iron gate allows access.