Anderson University traces its roots to the Johnson Female Seminary, which opened in Anderson in 1848. Forced to close its doors during the Civil War, the citizens of Anderson longed for another institute of higher education in their city. This led to the donation of land and money in 1910 to the South Carolina Baptist Convention to help in the formation of a college. 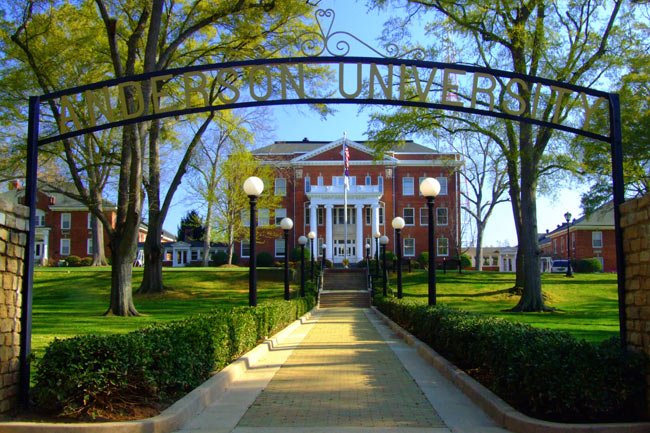 Lynne Jenkins of Anderson, 2012 © Do Not Use Without Written Consent

In 1911, the South Carolina General Assembly issued a charter for Anderson College. Shorty afterwards the Merritt Administration Building, seen above, was constructed. Housing both offices and classrooms, it was the only academic building on campus for several years. Today the president’s office and the Merritt Theater can also be found within the stately structure. 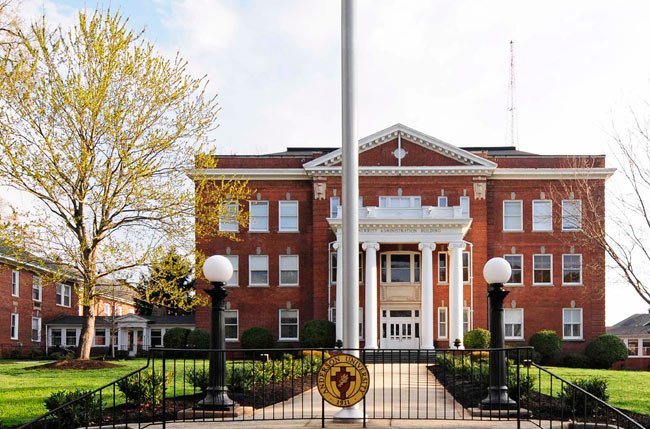 After the addition of graduate studies, Anderson College became Anderson University on January 1, 2006 to fully reflect the wide-range of degree studies offered.

The Anderson College Historic District is listed in the National Register:

In the spring of 1910 the Anderson Chamber of Commerce inaugurated a subscription campaign to raise money to build a college for young women in Anderson. The school’s supporters intended for the college to be affiliated with a church. In late November 1910, the South Carolina Baptist Convention met in Laurens and agreed to use the money and land to create a Baptist college. The first session opened in September 1912 with a student body of 115 young women. The Anderson College Historic District consists of a largely intact collection of five academic buildings and one landscape feature, the grounds, historically associated with the college. In addition to oak trees, the grounds include a number of mature magnolias, dogwoods, and evergreens that add to the park-like setting. A sidewalk extends through the lawn from Boulevard to the Merritt Administration Building, emphasizing its importance historically as the central structure or focal point of the campus and surrounding area. The original section of Anderson College, built between 1912 and 1920, contains four buildings, two loggias and a connector. In addition, the lodge (built ca. 1915-1920) is located at the main entrance near the Boulevard. The Neo-Classical style of architecture is consistent with each building, but every structure has individual qualities that add to their unique character.

Many thanks to Bill Fitzpatrick of Taylors for sharing this shot of the Merritt Administration Building. Bill enjoys the singular distinction of being the only person ever to have visited all 1,400 of South Carolina’s National Historic Landmarks. He has published several helpful e-books which serve as invaluable travel guides to the Palmetto State.