From 1883 through 1929, 2,509 libraries were built and made available to the public through funds granted by the Carnegie Foundation. The organization was formed in 1883 by business magnate and philanthropist Andrew Carnegie and helped to establish libraries all over the world, including 1,689 in the United States. South Carolina established fourteen Carnegie libraries, five of which are still active. The Anderson County Arts Center in downtown Anderson was built as a Carnegie library in 1908 following the formation of the Anderson Library Association in 1900. 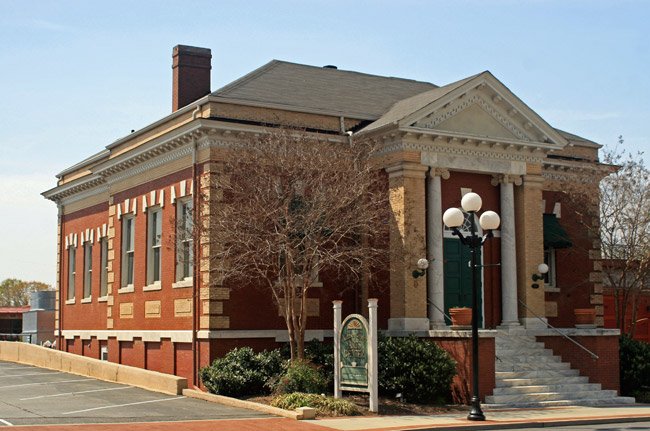 Prior to construction of the library, the Anderson Library Association met in City Hall. Members paid one dollar to belong to the society, and city council supported the project by granting $10 per month to the association. When the city received a grant of $17,500 from the Carnegie Foundation, it pledged to continue supporting the library with an annual appropriation of ten percent of the grant. 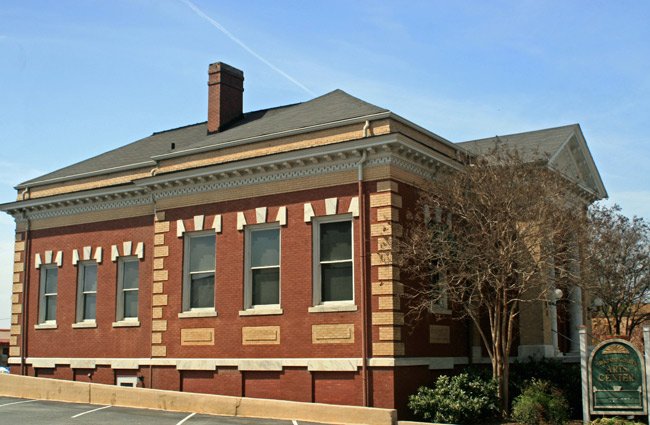 The Anderson County Arts Center is listed in the National Register as part of the Anderson Downtown Historic District:

The Anderson Downtown Historic District is primarily significant as a well-preserved late nineteenth/early twentieth century commercial area. The district retains a typical town plan with a courthouse square in its center, as well as numerous good examples of Victorian, Romanesque Revival, and Beaux Arts commercial architecture. Anderson, incorporated 1833, is also significant for its role as a commercial, governmental, and cultural center for Anderson County. The Anderson Downtown Historic District is comprised of approximately 97 commercial structures, the County Courthouse, the Anderson City Hall, a Victorian fountain, and two historic monuments. The brick constructed structures date primarily from the late nineteenth and early twentieth centuries, and are located in the heart of Anderson’s central business district. The courthouse and surrounding square serve as the focal point of the historic district. Located southeast of this commercial district is the residential Anderson Historic District.