The Orr Cotton Mill was established in Anderson in 1899 by Colonel James Lawrence Orr, Jr. Thanks to the Portman Shoals Generator, Orr Cotton Mill became the first textile mill in the South to use only electricity from a remote commercial generator to power its plant. In 1909, 650 employees were operating more than 57,000 spindles and 1,500 looms; by 1930, the mill had grown to 750 employees operating over 60,000 spindles. The mill was acquired by New York-based textile business, the M. Lowenstein Company, in 1946. 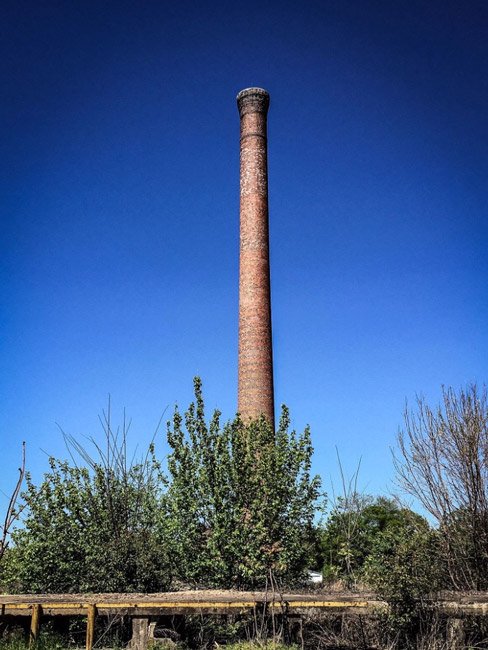 Residential homes for mill workers previously owned by the mill were sold to employees in 1949 in keeping with the M. Lowenstein Company’s policy of providing affordable home ownership to its workers. In 1958 the mill added a synthetics division. That division of the mill was called Lyons Mill for John Lyons, who had served as mill superintendent from its first days through the 1950s and then as president of the company beginning in 1960. In 1986 Orr-Lyons Mill was acquired by Springs Industries; the mill closed in 1990. 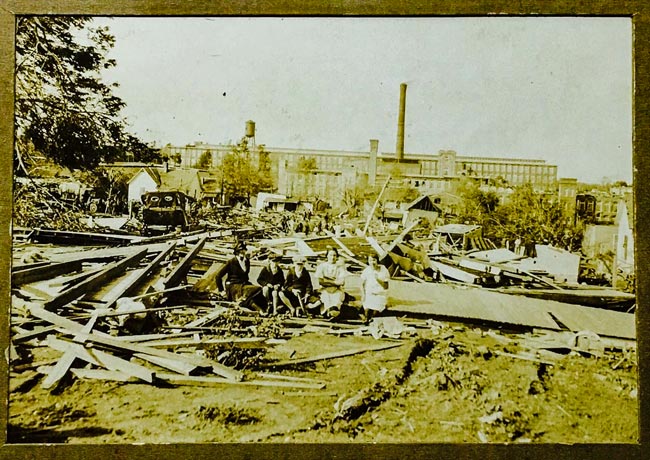 Courtesy of Kathy Dickerson of Greenwood, 1924 © Do Not Use Without Written Consent

The mill property was purchased in 2005 by North Carolina developer Mike Harmon. Although it had operated for over a century – and even survived a tornado in 1924 (see photo above) – Harmon demolished the mill almost immediately after he purchased it, with materials from the 1899 warehouse being salvaged and reused in other building projects. However, Harmon left the smokestack intact as an historical reminder of the landmark textile mill.