The Pendleton area was once the home to Cherokee Indians, then became a summer retreat for rich South Carolina plantation owners, and is now a picturesque stop along the National Heritage Corridor. Beginning with the Pendleton Manufacturing Company, organized in 1836 and built on Three-Mile Creek, Pendleton became an industrial hub. The Pendleton Cotton Mill was operating in 1903 and later was called the Blue Ridge Yarn Mill. 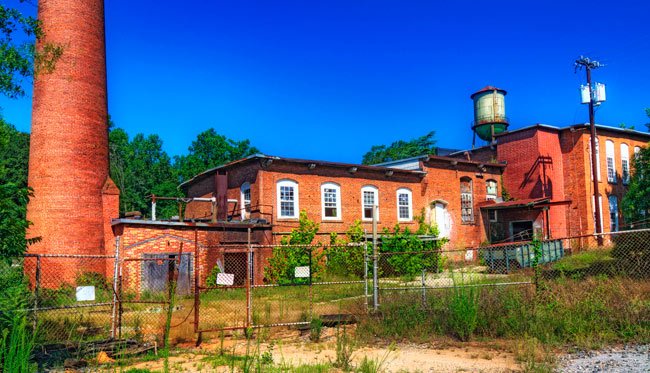 Many thanks to Nancy Hellams who submitted the below historic picture taken in 1910. She writes, “This photo was given to me by Nell Seawright Reeves. On the back is the following note written by Virginia Boggs McKnight: ‘Pendleton Cotton Mill Papa (Charles Jackson Boggs) helped build this. A turkey dinner is being served on top the day of completion.’ 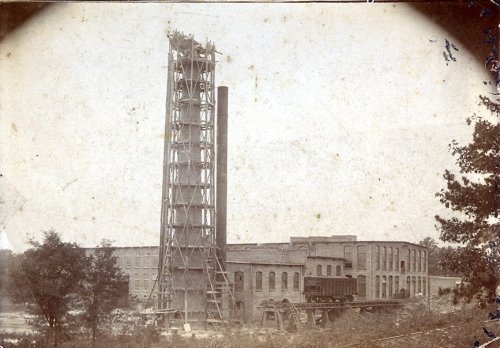 “Nell Seawright Reeves wrote the following note on the back as well: ‘My father worked here to help build this also, in 1910.'”