The Anderson County town of Starr may be small now with a population of fewer than 200 residents, but at one point it was a bustling hub of activity as a stop along the Charleston and Western Carolina Railway. The community was established during the late 1830s and originally called Twiggs. When the town was officially chartered in 1888, its name was changed to Starr in honor of railroad official Captain W.W. Starr. 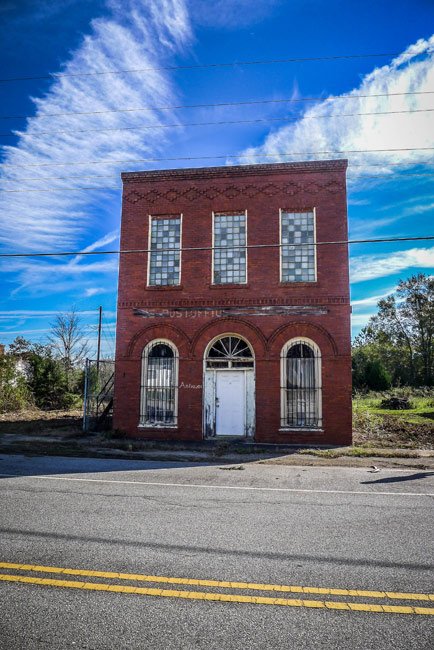 Starr also flourished as an agricultural community, and stately homes built in the Starr countryside during the early twentieth century, such as Evergreen Plantation, reflect the success of local farmers. Farms such as Milky Way Farm continue find success in the Upstate community. 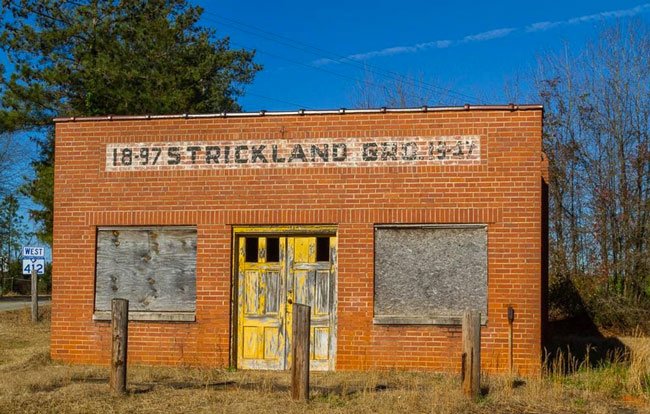 However, when South Carolina Highway 81 was developed in the mid-to-late the twentieth century, Starr saw the demise of its train depot and the commercial street now called Old Highway 81, where the former town hall and post office, seen at the top of this page, once greeted residents. Above and below, abandoned stores line the empty road. The building above served as a store established by Stephen E. Strickland. Strickland’s children acquired the business in 1894, and the mercantile was reborn as a grocery store. The building below was a service station owned by Mr. McDougald. (Many thanks to Kay Arnold Kirk for helping us identify this structure.) 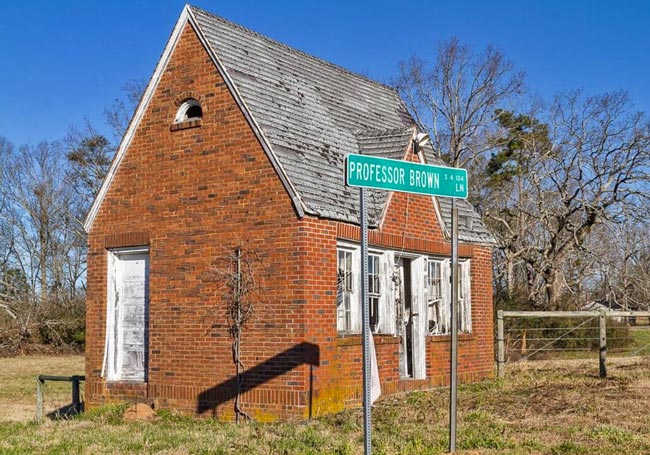 One of the most beloved landmarks in Starr is the Old Shiloh School, a rapidly disintegrating one-room schoolhouse located in a cow field. Another image of Strickland Grocery Store can be seen below, the store opened in 1894 and closed its doors in 1947. 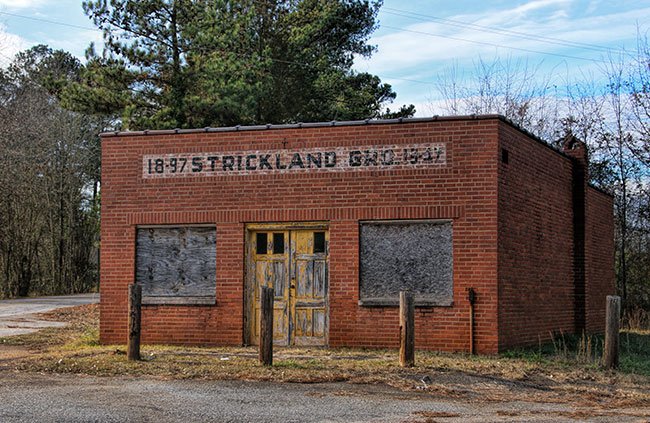