This historic congregation in Blackville was organized in 1772. Its name references the cherished Healing Springs that flow from the artesian wells behind it. The church is the oldest in Barnwell County and first met on the banks of Reeves Creek, also referred to as Whaley Branch. It was established by the Reverend Nathaniel Walker, who frequently moved from district to district as a deputy surveyor for King George III. 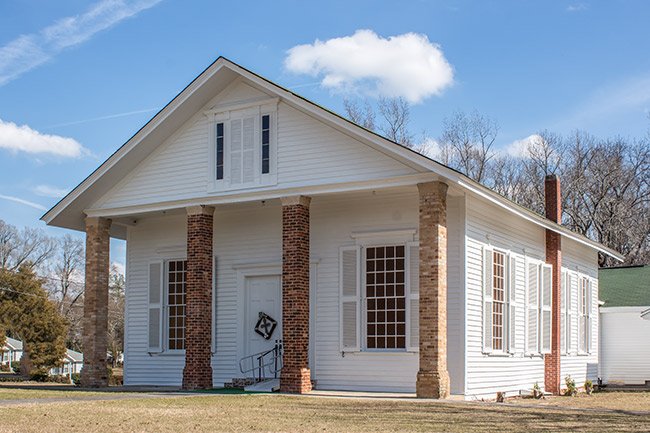 Walker settled in the area after leaving Beech Branch Church in Beaufort District (now Beaufort County) in the mid-eighteenth century. He organized a Baptist congregation in this corner of what was then Orangeburg District, and the group built a log house for worship around 1796 after Walker received a 500-acre land grant near Windy Hill Creek. Originally called Edisto Church, the log building burned (date unknown) and the congregation replaced it with a frame building. The church moved again to the present site and built the current structure some time between 1840 and 1850. Though it has been modified and updated over the years, this church has now housed the congregation for around 165 years. 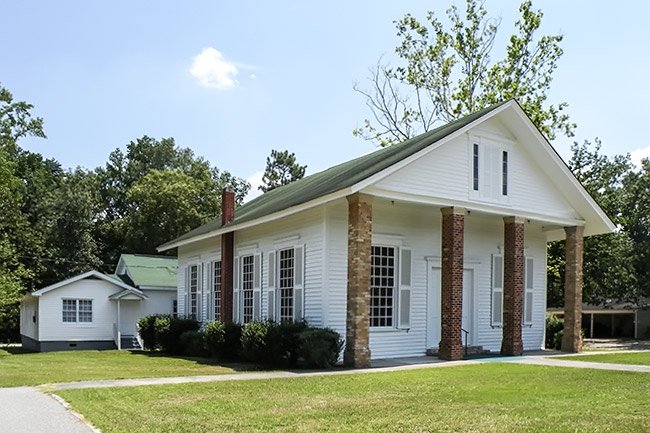 The Native Americans who first inhabited Blackville claimed that the nearby mineral springs had the power to cure ailments. These claims were given further weight when four British soldiers were severely wounded near Windy Hill Creek during Revolutionary War. Legend holds that local Indians tended to the injured soldiers with water from the springs, and the soldiers’ health was subsequently restored. The soldiers credited the springs with their recovery, and the mineral springs have attracted visitors to their waters in search of their healing powers ever since. The church underwent a restoration project in 2017 which restored the original hardwood floors and enhanced the natural beauty.