Located in Barnwell County, the Town of Kline was established in 1872 and chartered in 1904. Kline Baptist Church was organized in 1897. The community arose from the development of a rail line here the same year the church was founded by Colonel Mike Brown. The Carolina Midalnd Railway was formed in 1891 when the Barnwell Railroad, owned by the South Carolina Railroad Company, consolidated with the Perry-to-Blackville line, which eventually extended services from Barnwell to Allendale. Brown served as an officer of the Carolina Midland Railway and is also responsible for the name of Kline, which he chose in honor of his wife, Jennie Kline of Philadelphia. 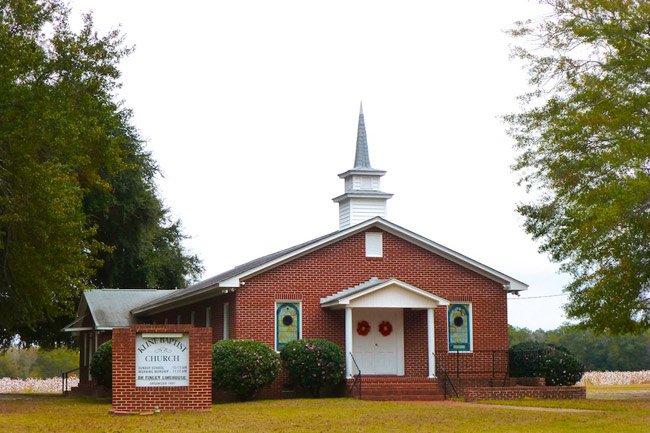 Do you have any information or stories about Kline Chapel Baptist Church?h If so, please send it to the South Carolina Picture Project. Thank you!