Known by locals as the Castle, construction on this home began in 1859, prior to the start of the Civil War. It was built for Dr. Joseph Fickling Johnson, who moved his family into the house in 1861 while the manse was incomplete. Decorative features such as ironwork and railings could not make their way to the builder, J.S. Cooper, due to the presence of Union blockade ships. The Castle was the last house built in Beaufort before the Union occupation of the town in December, 1861. 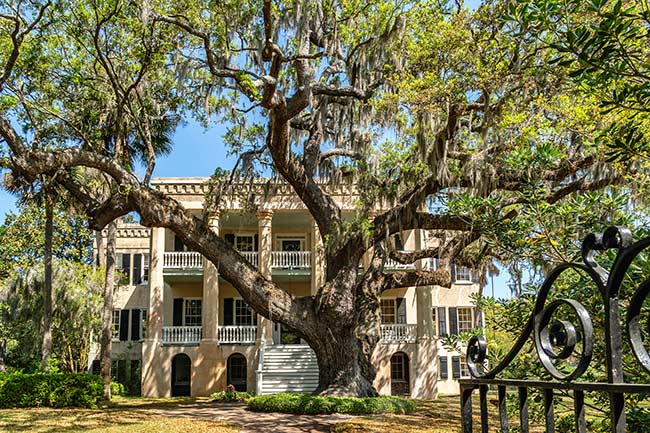 Federal troops made use of the Johnson home, initially as a quarters and later as a military hospital. The brick outbuilding, likely built as a kitchen, was used as a morgue during the war. Tales still haunt Beaufort of the Johnson valuables being hidden beneath the flooring of the small structure prior to the occupation. Other legends claim that ghosts frequent the home and its grounds, and even Dr. Johnson himself is said to have spotted an apparition wandering his gardens. 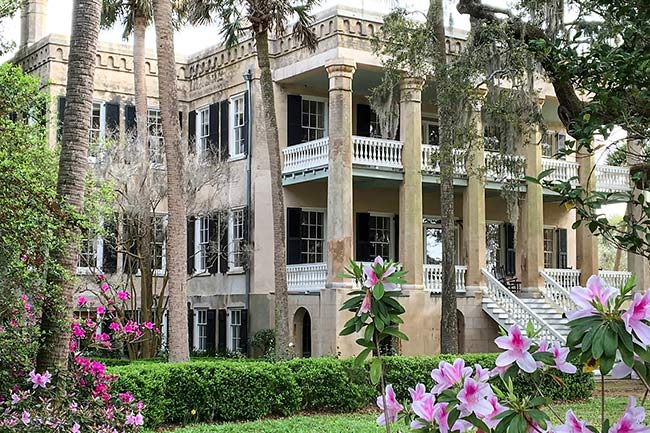 Wilson McElveen of Columbia, 2016 © Do Not Use Without Written Consent

The Castle earned its nickname either due to its decorative parapet or its location on the Beaufort River – which gave the appearance of a moat – or both. The Greek Revival home, made of plaster-covered brick and boasting 23 rooms, remained in the Johnson family until 1981. 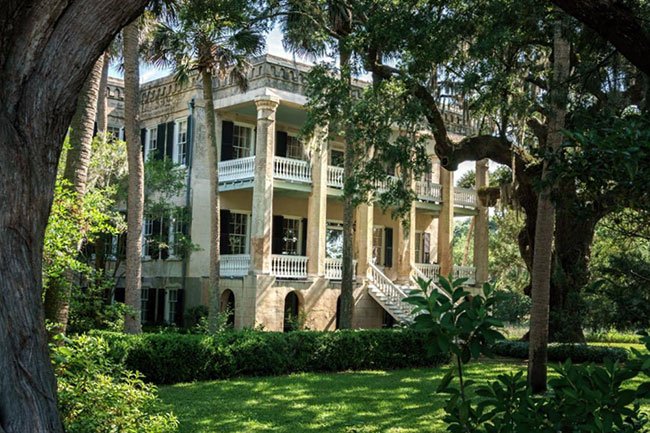 John Diskes of Summerville, 2016 © Do Not Use Without Written Consent

The Joseph Johnson House is listed in the National Register as part of the Beaufor Historic District, which says the following:

The town’s present appearance owes much to the events of the period between ca.1860 and ca. 1935. The buildings and structures constructed during this period display a variety of architectural forms and styles, including Italianate, Gothic Revival, Victorian, Queen Anne, and Neo-Classical, and reflect the development of the town in the last half of the nineteenth century and early twentieth century. In the 1870s, more modest houses were built on vacant lots in the older parts of town. One type was a five bay I-house, similar in form to many of the antebellum mansions, but reduced in size and of balloon construction using sawn lumber. The second type was a three-bay, gable fronted house, often with Italianate or Eastlake detail. Many antebellum homes were also updated during this period with commercially milled porch details, bay windows, and larger window glass. Colonial Revival made an impact on residential building after the hurricane of 1893, and the bungalow dominated new construction before and after World War I. Commercial construction also reflected increasing prosperity. 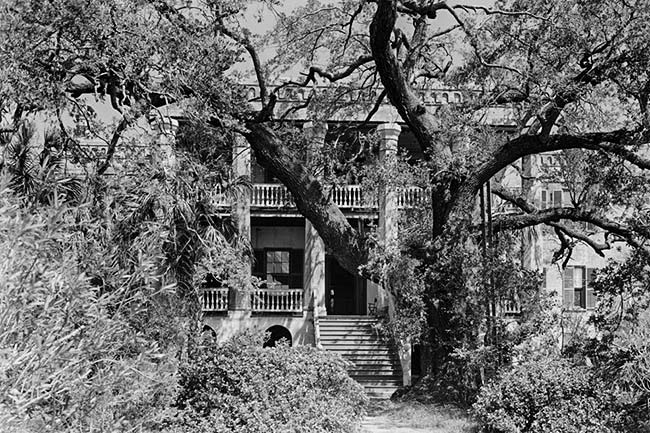 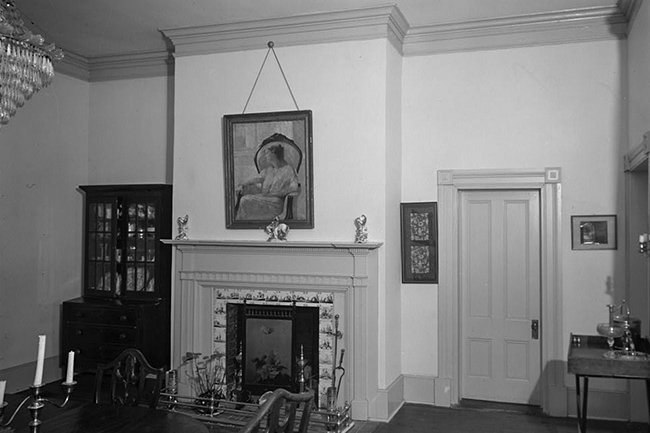 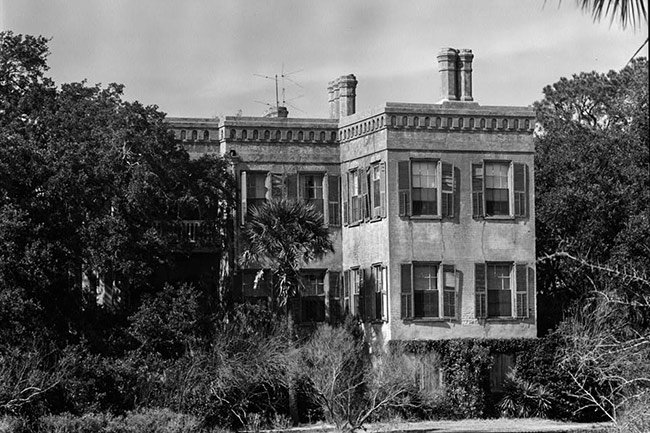 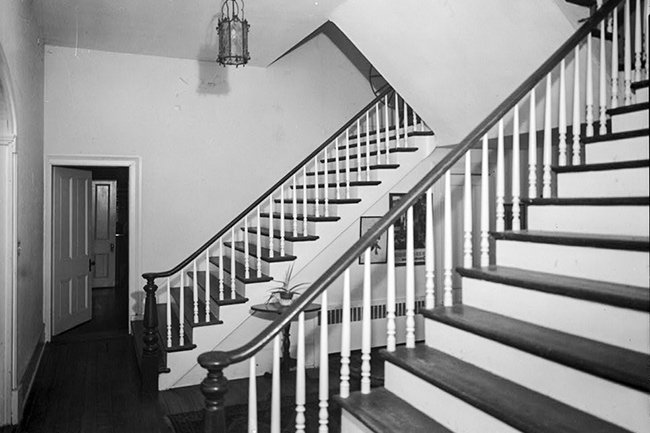 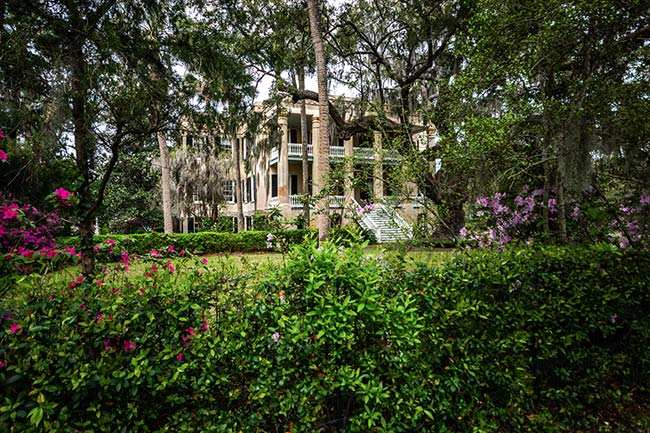 Juan Torres of Columbia, 2019 © Do Not Use Without Written Consent 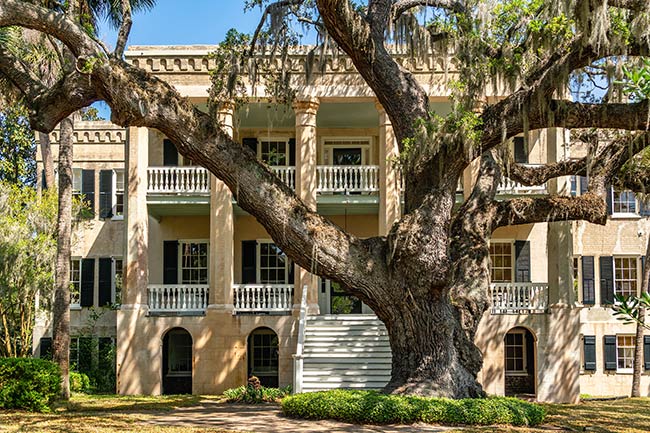 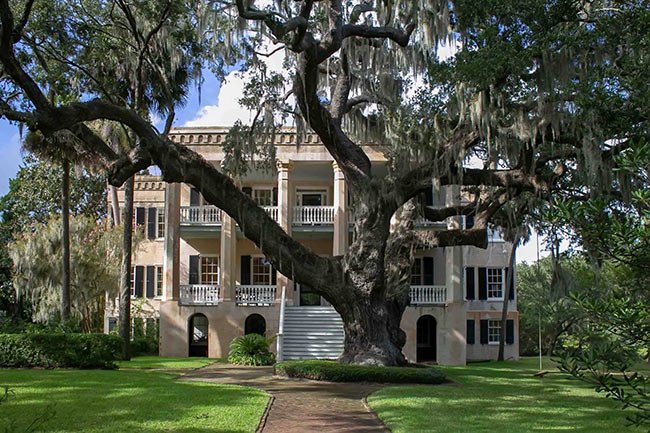