St. Helena’s Church in historic Beaufort is one of the oldest active churches in the country. The congregation dates back to 1712 when St. Helena’s colonial parish was established by the Church of England. The church was built in 1724 and has been modified and enlarged three times since its construction. The edifice received its current facade in 1824. 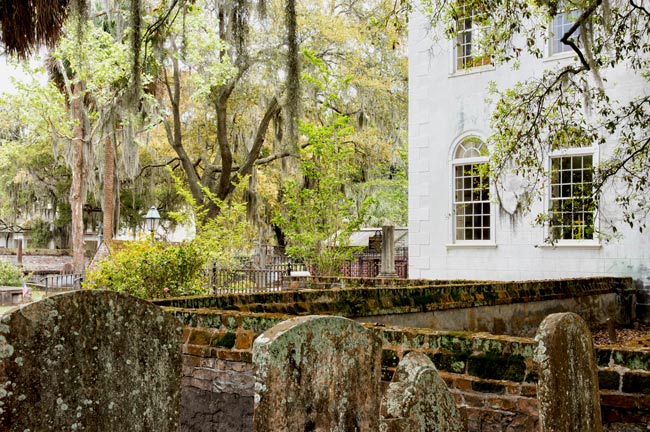 Among the historic artifacts within the church is a silver communion set donated to the congregation by Captain John Bull in 1734. Captain Bull had been a militia captain in the Yemmassee War of 1715; his wife was lost in the war. Another notable figure associated with the church is Thomas Heyward, Jr., a signer of the Declaration of Independence, who served on the church vestry. 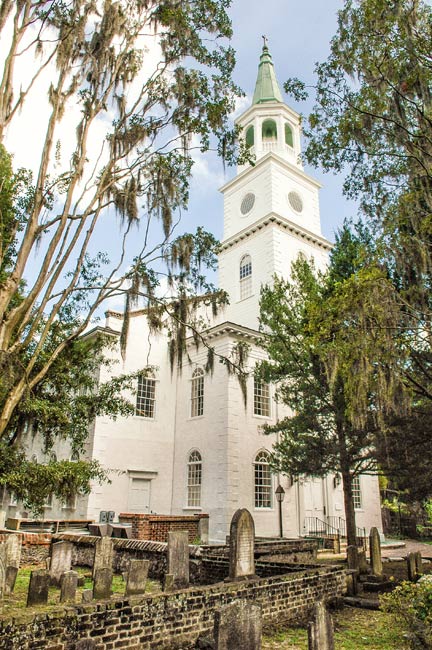 During the Civil War the church was used as a hospital by Union troops. Stories claim that marble gravestones from the churchyard were used as slabs for operations. Because so much of the church’s furnishings were destroyed while it was in use as a hosital, the only remaining fixture from the period before the Civil War is the marble baptismal font from 1784. Following the war, the present altar was given by soldiers from the U.S.S. New Hampshire, who were stationed in the Port Royal Sound. 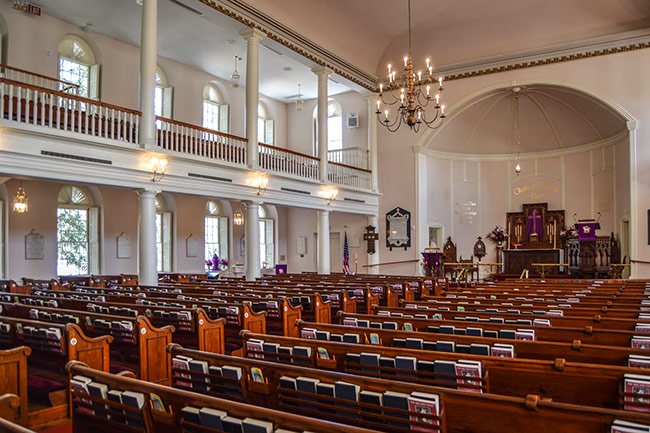 Michael M. Stokes of Philadelphia, PA, 2018 © Do Not Use Without Written Consent

The Parish Church is an active congregation with around 800 members. The church also manages the ruins at Chapel of Ease on St. Helena’s and Old Sheldon Church near Yemassee. St. Helena’s Church is a member of the Protestant Episcopal Diocese of South Carolina. 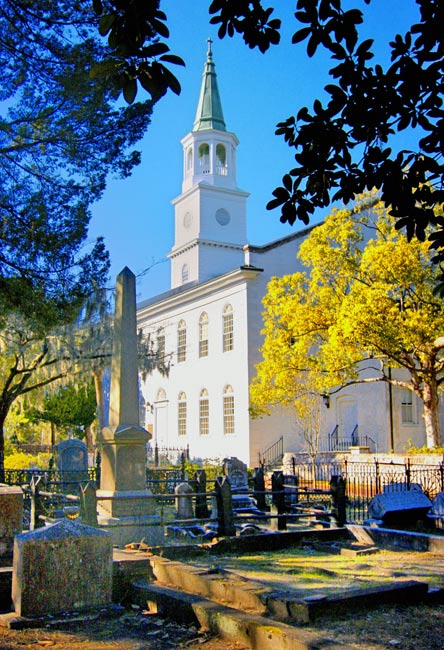 Sandy Dimke of Beaufort, 2011 © Do Not Use Without Written Consent

St. Helena’s Church is listed in the National Register as part of the Beaufort Historic District:

Sue Jarrett, a Beaufort resident who shared the photo below, adds additional insight into St. Helena’s:

“St. Helena Episcopal Church, now known as the Parish Church of St. Helena, was founded in 1712 by the Church of England and built in 1724. After the American Revolution it became part of the newly formed Protestant Episcopal Church. It was expanded and remodeled for many years, and now still looks like it did in 1842. In 1861 it was used as a hospital for black Northern troops.” 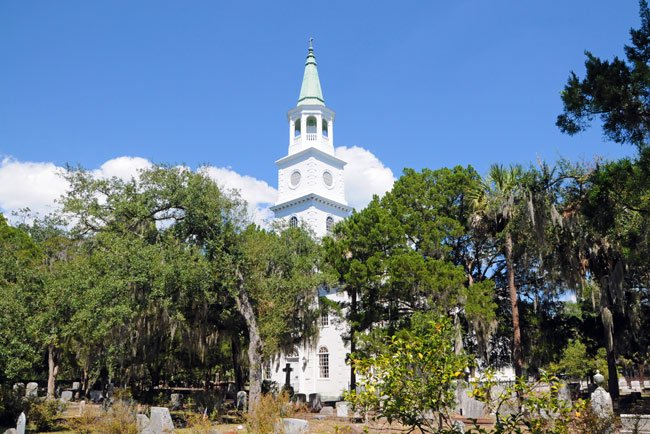 Sue Jarrett of Beaufort, 2014 © Do Not Use Without Written Consent