Some say Thomas Fuller built this town home on Beaufort’s Bay Street between 1786 and 1788 for his wife, Elizabeth Middleton, as a wedding gift. Fuller was a wealthy cotton planter with a 1,000-acre estate on Parris Island and a 1,200-acre estate on St. Helena Island. Between the two, he owned roughly 250 slaves. Fuller’s primary estate, where he and his family spent, was Sheldon Plantation in the ACE Basin. 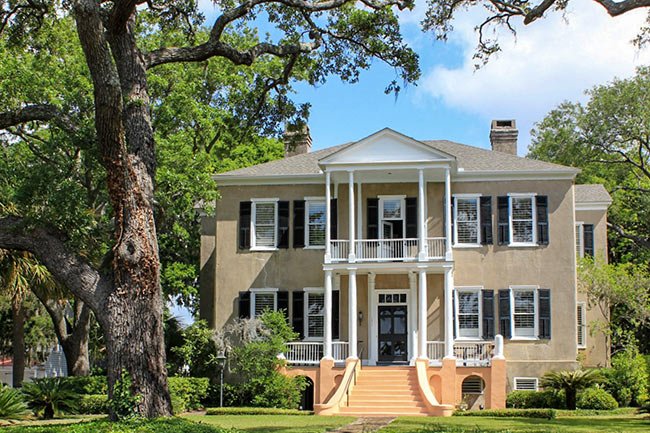 Nancy French of Sebastian, FL, 2012 © Do Not Use Without Written Consent

The Thomas Fuller Home is more commonly known as Tabby Manse because its two-foot exterior walls are constructed entirely of tabby, a concrete material made by burning oyster shells to create lime, then mixing it with water, sand, ash, and broken oyster shells. Tabby was a prominent building material on the sea islands of South Carolina and Georgia, and it was especially prevalent in Beaufort. Notable buildings such as the St. Helena Chapel of Ease, Sams House on Dataw Island, and the Spring Island Plantation house were all constructed from tabby. This tabby on this particular home has been covered with sand-colored stucco. 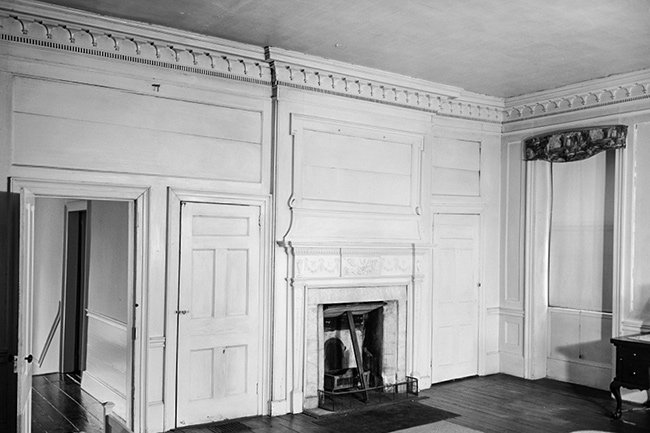 Tabby Manse is among Beaufort’s earliest remaining residences and also one of her finest. The interior is notable for its craftsmanship, including its detailed mantel carvings, moldings, and other adornments. Three rooms are paneled completely in heart pine and cypress. Centrally a hall runs through the home and features a graceful rear stairwell. At the front of the house, a parlor opens on either side of the hall. The second story contains a ballroom and bedrooms. The house follows the floorpan of another Beaufort house, the Elizabeth Barnwell Gough House, which itself is an adaption of the Miles Brewton House in Charleston. 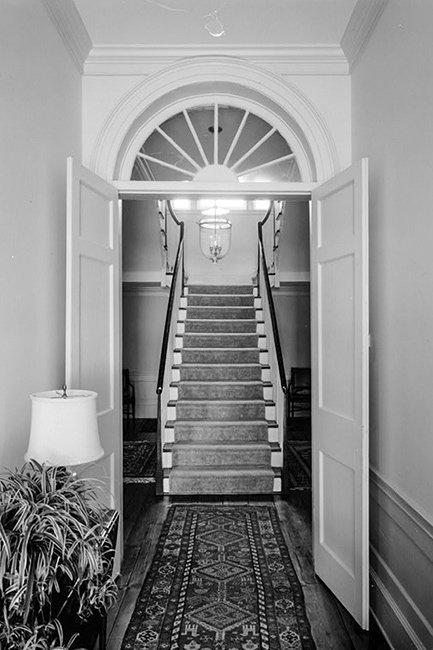 In 1864, the house was purchased by Revered Mansfield French, an abolitionist preacher sponsored by the American Missionary Association of New York City. By the 1870s, Almira Morill Onthank had converted Tabby Manse into a guest house catering to artists, writers, and architects; her family continued this mission for over a century. The Civil War novel, A Sea Island Lady, was written by author Francis Griswold during his stay in the home. The house remains a private residence today. 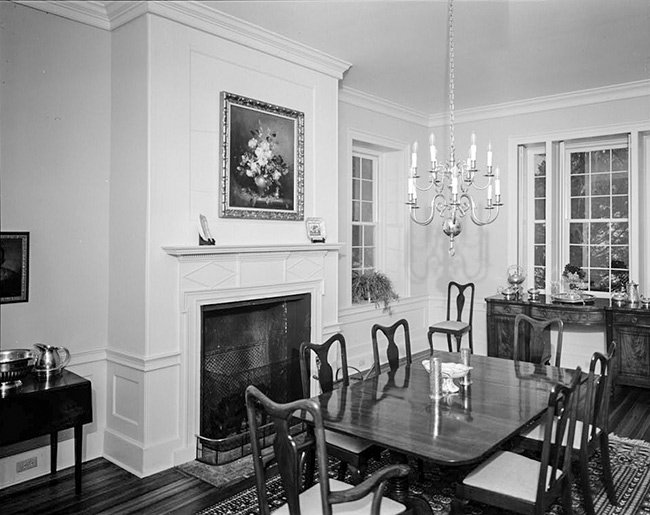 Both Thomas Fuller and his son Richard Fuller, an important Baptist minister, are remembered for their support of religious education for blacks both before and after the Civil War. The elder Thomas worked with neighboring planters on St. Helena Island to provide weekly church services for slaves, and the younger Fuller served as the leader of Beaufort Baptist Church, a majority-black church that his father and aunt also attended. 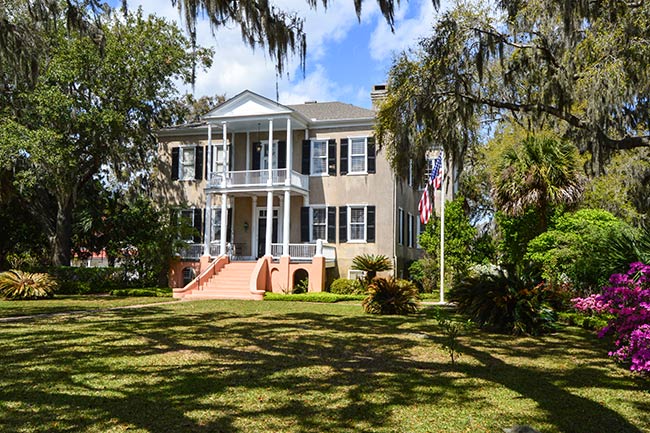 Michael M. Stokes of Philadelphia, PA, 2018 © Do Not Use Without Written Consent 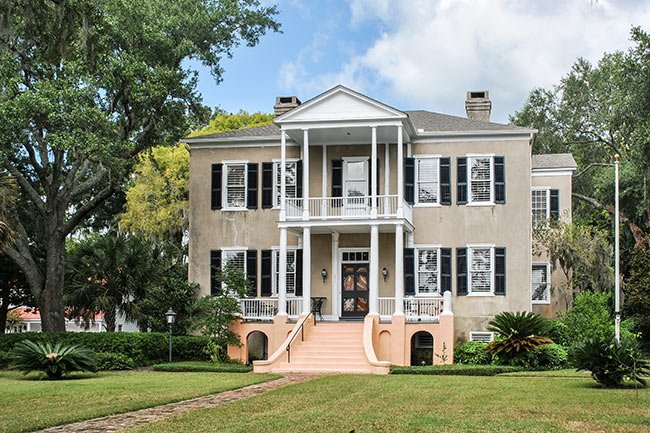 Elisa Rolle of Padova, Italy, 2013 © Do Not Use Without Written Consent 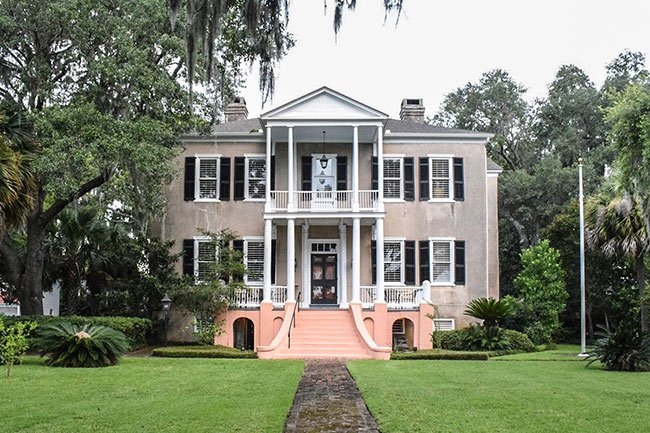 Joseph Taylor of Winter Haven, FL, 2017 © Do Not Use Without Written Consent

Tabby Manse is listed on the National Register:

(Thomas Fuller House) The Tabby Manse is significant as one of the few remaining early buildings on the South Carolina coast whose exterior walls are made entirely of tabby. The house, built ca. 1786-1788, is considered an important influence in the establishment of distinctive architecture of the city. It is one of the earliest surviving houses in Beaufort. The house was inhabited by its builder, Thomas Fuller, a prominent Lowcountry planter and his son, Richard Fuller, a mid-nineteenth century Baptist preacher. The house retains its original exterior appearance, except for the addition of a frame kitchen at rear ca. 1895. Its two-foot thick exterior walls of tabby are covered with sand-colored scored stucco. The south center front has a double-tiered portico over a high arcaded basement. The first story holds four stuccoed Tuscan columns; behind these are four engaged wooden columns. At the second story are four Doric columns with pilasters at wall behind. The hip roof has a small front pediment. The interior has extensive woodwork, Adamesque mantels, and a graceful stairway. Listed in the National Register May 14, 1971.