This colorful mural on a former general merchandise store built in 1912 in Yemassee commemorates the wartime railroad that marked the beginning of life as a United States marine for more than 500,000 recruits. The railroad was owned by Atlantic Coast Line, and the Marine Corps ended its lease with the transportation company in 1965. Amtrak and CSX now utilize the railway. 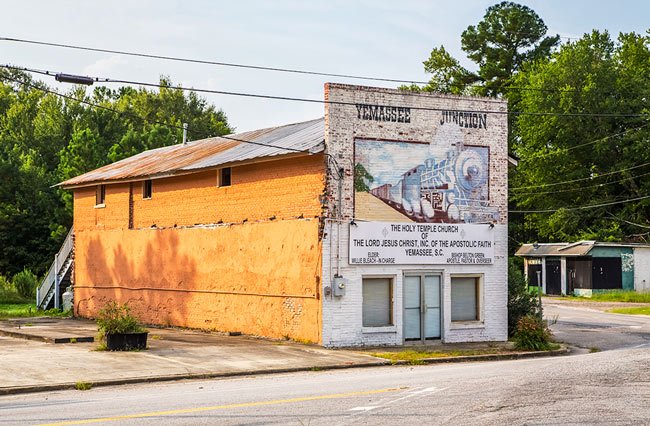 Between 1914 and 1965, half-a-million future soldiers boarded the train at the Yemassee depot and were carried to nearby Parris Island for military training. More than half of these recruits arrived during World War II. This building served as the receiving station. 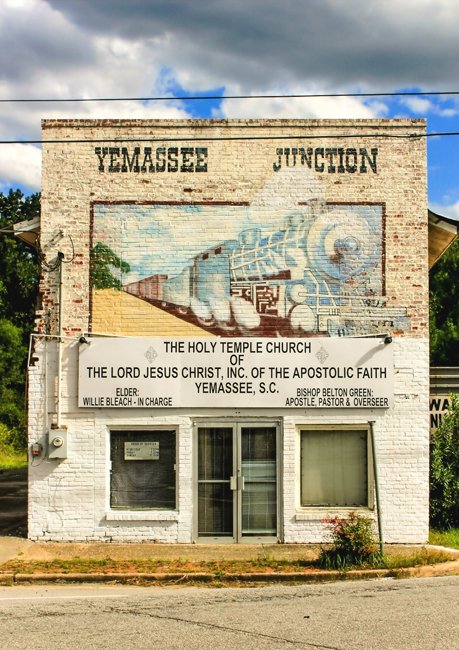 The vibrant storefront now serves as a local church and boasts with artistic pride the historic rite-of-passage that took place outside its doors. The top photos display the artwork on the building’s front, while the photo below shows a mural on the back entrance depicting the evolution of marine recruits. 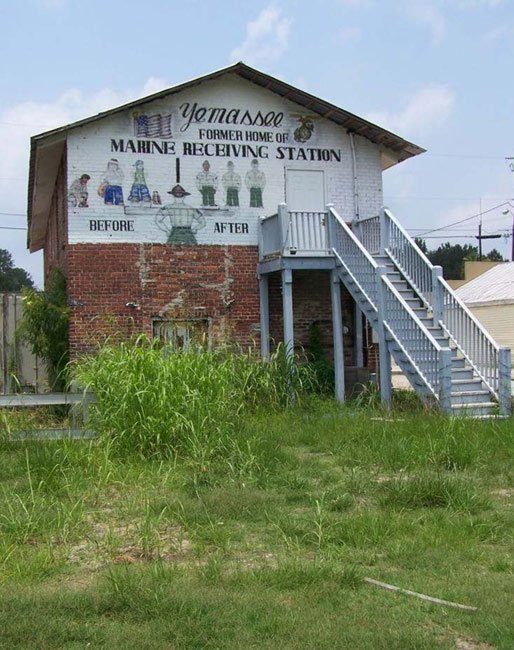 The depot itself, seen below, sits along the Beaufort County–Hampton County border. It was purchased by the Town of Yemassee from CSX for one dollar in 2010 as project of the Yemassee Revitalization Corporation. It was then restored to its 1940s appearance. 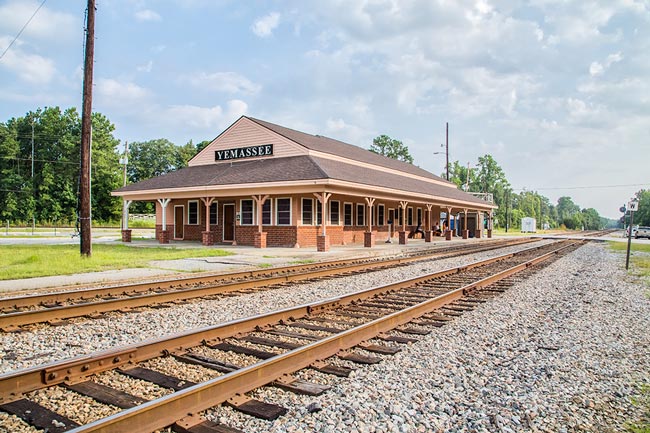 In 2003, a former Marine who had passed through this depot arranged a reunion for other Marine recruits who began their military careers after stepping off the train here. Since then, the reunion has been held in various nearby locations, including Parris Island and the Beaufort Marine Corps Air Station. Hundreds of Marines from across the nation attend the annual event. 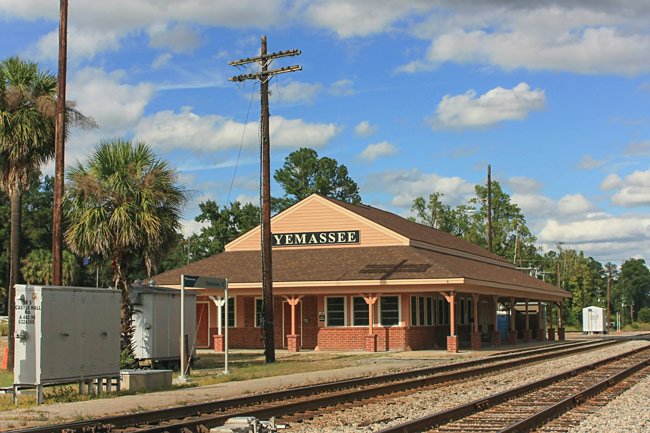