This abandoned store and gas station in rural Berkeley County once served travelers along United States Highway 176. Stephen Fredrick Singletary and his wife, Mae, opened the store in 1931. The store, with its pressed tin sign advertising the owner as well as one of its undoubtedly most popular wares – Coca Cola – was run by the Singletary family until the death of S.F. – or Fred, as he was known – in 1988. Since then, the building has fallen into disrepair. Mae Singletary died a month after her 100th birthday in 2010. 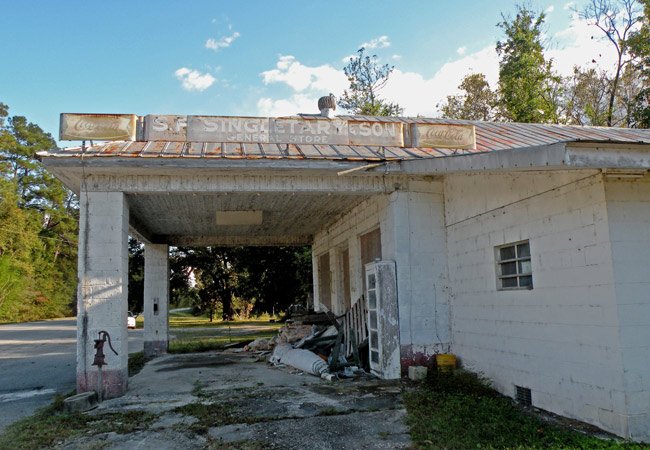 We would like to make this page better. Do you have information about the S.F. Singletary Store that you would like to share? If so, please send it to the South Carolina Picture Project. Thank you!