This Queen Anne-style farmhouse in Cameron was built in 1893 for Thomas Shardrack Haigler, a successful cotton farmer. Haigler’s ancestors were German Lutherans who settled in the area during the mid-1700s and helped establish the denomination in the sandhills of South Carolina. The family was instrumental in the founding of Mt. Lebanon Lutheran Church, now Resurrection Lutheran Church. 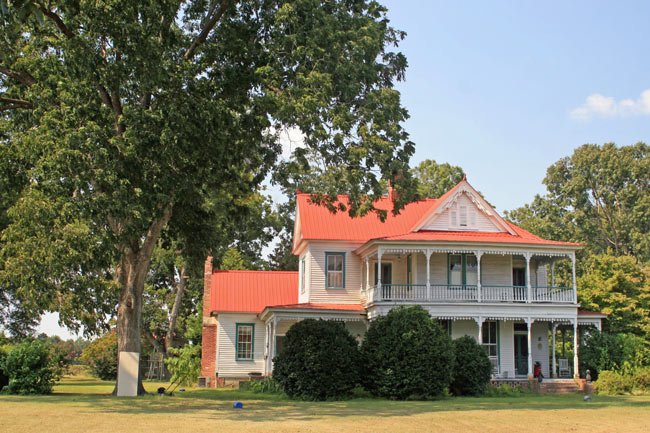 Thomas Haigler inherited 910 acres of land from his father in the late nineteenth century, later purchasing 305 additional acres from another landowner. It was on this new property that he built this large Victorian home, where he lived with his first wife, Frances, and their seven children. After Frances Haigler died in 1913, Thomas remarried. He and his new wife, Agnes, had four more children, all raised in this house. 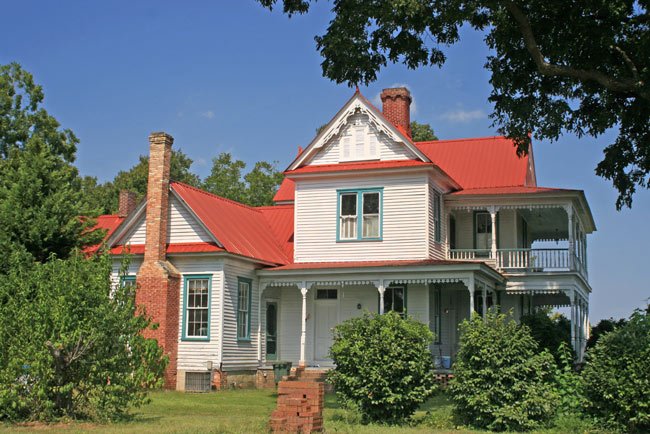 Haigler ran into financial troubles in the 1920s and began mortgaging parcels of his vast acreage. By 1927 all of his property was auctioned off and purchased by the Bank of Cameron. Twenty years later 43 acres, including the home, were bought by A.W. Stanfield and remained in the Stanfield family until 1996. The property continued to change hands and now includes around 15 acres. 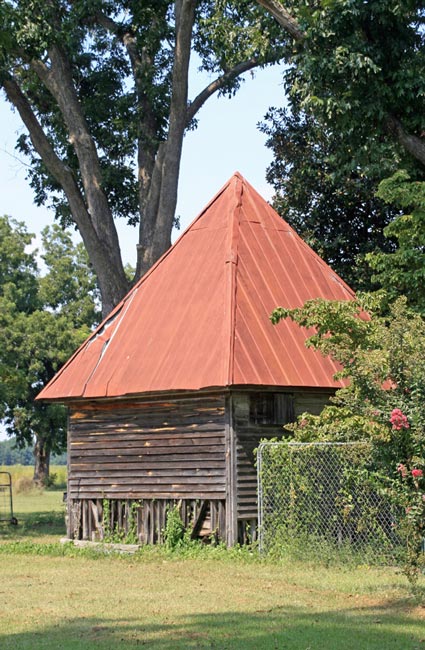 Recent owners have restored the residence, removing flooring to reveal original heart pine floors and removing the dropped ceiling to expose original bead boarding. The home’s wrap-around porch occupies 3,000 square feet. Cotton is still grown in the surrounding fields. The estate also boasts original outbuildings such as the icehouse, seen above, built along with the house in 1893.

The Haigler House is listed in the National Register:

The Haigler House is a single-family dwelling located on approximately fifteen acres of land in rural Calhoun County near Cameron. Built circa 1893 by Thomas Shadrack Haigler, the simple Queen Anne farmhouse is accentuated with Folk Victorian decorative details and contains approximately 3000 square feet of exterior porches. The porch construction features decorative spindlework, including turned supports, delicate gingerbread, and carved brackets. The house is the central building of a small rural homestead that includes several outbuildings including an icehouse, a springhouse, and a chicken coop/pony stall. When the main block of the house was built, a separate kitchen was likely connected with a breezeway, yet the house was soon enlarged, probably to accommodate the eleven children raised in the house. The house is oriented towards a dirt road which at one time was a county road leading to a now-abandoned church. Cotton fields surround the house, which are still cultivated today. The Haigler House is also significant as the history of the Haigler family reflects early European immigration to this area, the establishment of the Lutheran Church in the southeast, and the rise of cotton as a cash crop and accompanying wealth it created in the state.