Though not many structures remain in the community of Lone Star, this simple church has thrived for more than a century and a half. Formally organized in 1847, the congregation began meeting in a log schoolhouse situated on the Santee River in 1841. The church was formed by the Reverend John Margart with the help of members of nearby St. Matthews Lutheran, the mother church of several local Lutheran congregations, including Resurrection Lutheran Church. 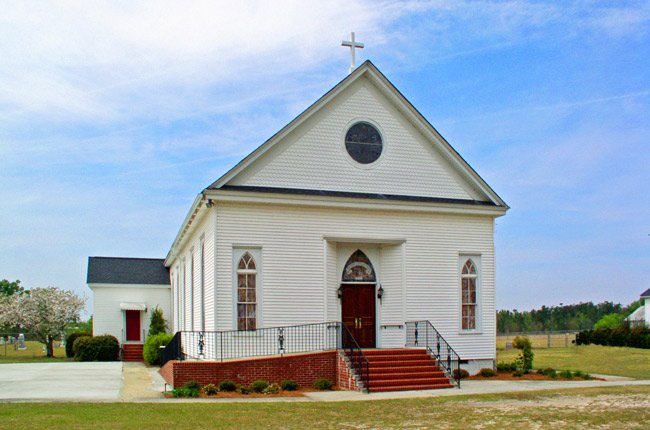 In reference to the establishment of Pine Grove, the Reverend Margart said, “In the course of time it was deemed expedient to build a church in Orange parish on the Four Holes Swamp, for the accommodation of the members residing in that direction, and with a view of still further extending the church.” The church was indeed extended over time, as the present frame structure was built in its current location a few miles away from the schoolhouse between 1891 and 1893. 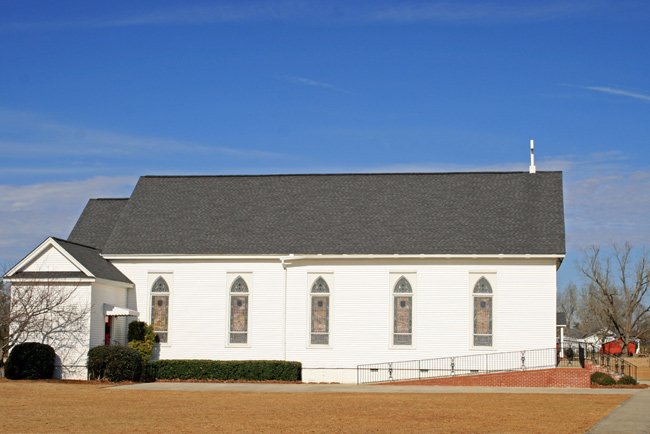 An addition was built onto the church in 1960, and the exterior is now covered in vinyl siding. The original dimensions measured 70 feet by 40 feet. A white congregation founded by the descendants of German immigrants, early church records show that the church baptized area black children. They were likely either the slaves of white members or newly-freed slaves just after the Civil War.