The rural community of Creston in Calhoun County is home to this beautiful church. Formed in 1737 by the Reverend John Ulrich Geissendanner, this congregation is said to be the oldest continuous Lutheran congregation in the state. A large influx of German immigrants had settled in South Carolina in 1735 due to the promise of land within established townships. 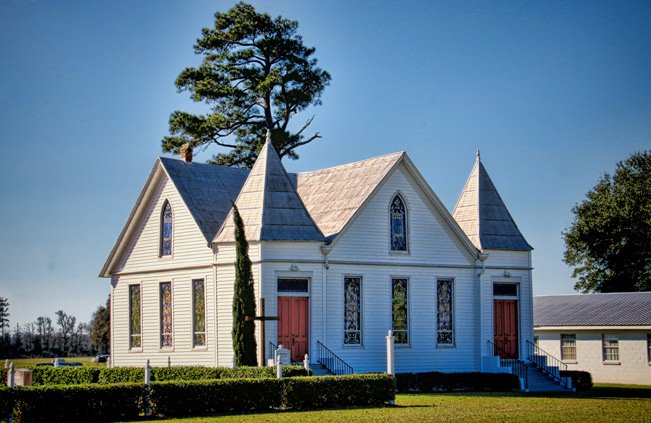 Parts of what are now Orangeburg and Calhoun Counties, along with several other areas throughout the state, began as townships created in the 1730s to attract European immigrants to help defend against Indians and increase the white population. By the mid-eighteenth century, there were such heavy French and German populations in South Carolina that the Church of England (then the state’s official church) tried to impose its denomination on non-British communities. Places such as Creston resisted the change. 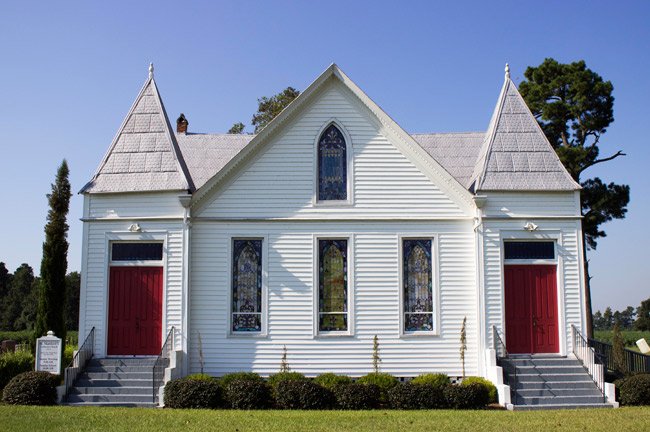 While Episcopalian by law, St. Matthew’s maintained a German language service. Reverend John Geissendanner (nephew of the church’s founder by the same name) even supplied parishioners with copies of the Book of Common Prayer in German. By 1760, St. Matthew’s had officially returned to Lutheranism and was the impetus behind the formation of several other Lutheran churches in the area, including Resurrection lutheran Church. 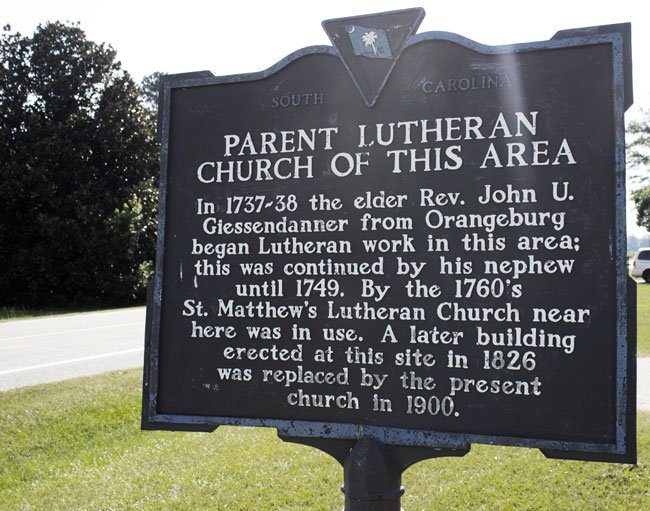 Members of St. Matthew’s originally worshiped near the current site. A building was constructed on the present site in 1826 and replaced by this one in 1900. The South Carolina Synod sold adjacent land that the church owned sometime after the new building was completed. The money from this sale was used to start a Lutheran church and school in Japan. Though small in numbers, the congregation of St. Matthew’s is still vibrant today and maintains an active partnership with Lutheran parishioners in Japan. The church is also in a dual parish with nearby Resurrection Lutheran Church in neighboring Cameron. 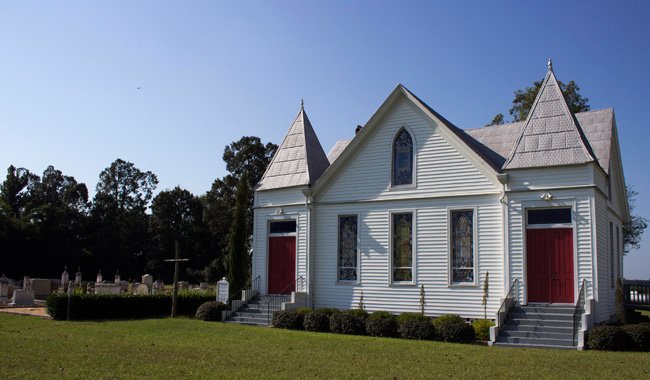