This farmhouse – the oldest residence in Cameron – was built circa 1804 on land granted to John Jacob Ulmer. Ulmer’s father, John Frederick Ulmer, owned the adjacent land. The younger Ulmer constructed his home on the banks of a millpond, but by the middle of the century, his son George had inherited the property and relocated the house to a site about a mile away. According to the National Register, Ulmer was ordered to destroy the pond’s dam as it was a considered a threat to the family’s health. (It is unclear who issued this order or why Ulmer felt compelled to follow it.) At this point Ulmer also renovated the house, likely enclosing a breezeway, or dogtrot, that may have connected two separate parts of the house. 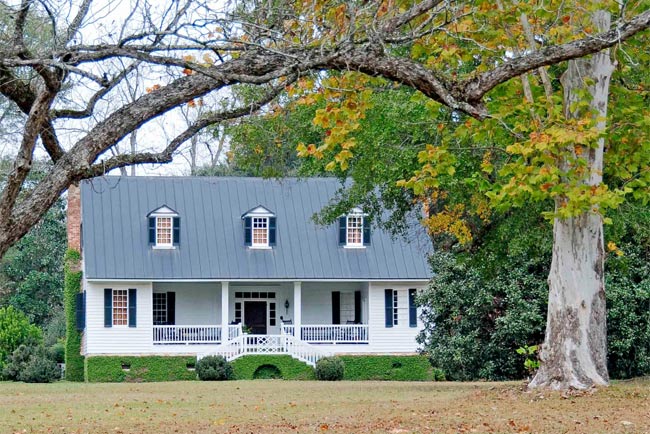 In 1871 Dr. Jacob Washington Summers purchased the Ulmer land, which was cultivated for cotton, grain, and indigo. His son, Dr. Samuel Jacob Summers, was instrumental in the forming of Calhoun County and the laying out the town of Cameron. In the late nineteenth century, Dr. Samuel Summers’ son David planted a grove of pecan trees on the property, which resulted in a successful pecan business. Today the popular Golden Kernel Pecan Company continues to be operated by the Summers family. 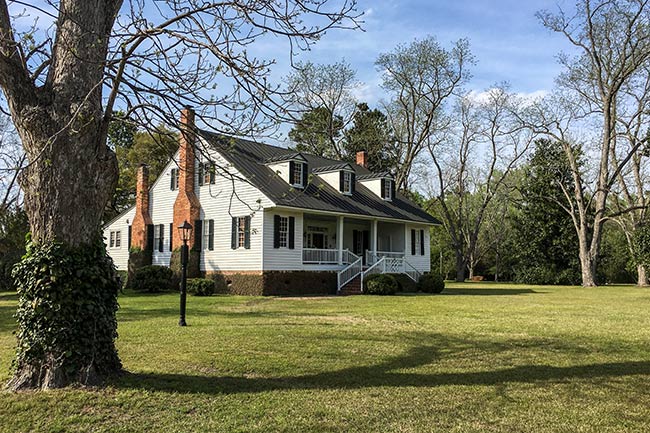 Significant as one of the few examples of late eighteenth century domestic, folk architecture still extant in this region of the state, the Ulmer-Summers House was originally constructed on land granted to John Jacob Ulmer in 1757. The earliest section of the Ulmer-Summers house was built before the turn of the eighteenth century at the edge of a millpond. The house was probably a dogtrot when first built. In 1852, it was decided that the site near the millpond was dangerous to the health of the house’s inhabitants and Ulmer was ordered to destroy the pond’s dam. Before doing so, he moved the house to another tract of land approximately one mile away and renovated the house simultaneously. Set on a low brick foundation, the Ulmer-Summers house is a clapboard frame structure. The medium-gable roof projects over the front elevation and the porch is supported by two square columns, in antis; porch walls are shiplap. The three pedimented dormers and the double tandem stair were added during remodeling in 1960. For a period in excess of 200 years, the Ulmer and Summers families cultivated the land surrounding their house, raising indigo, cotton and grain. In the late nineteenth century, David Summers planted a grove of pecan trees and developed the project into a thriving business—Golden Kernel Pecan Company—that, at the time of nomination, is still in operation. 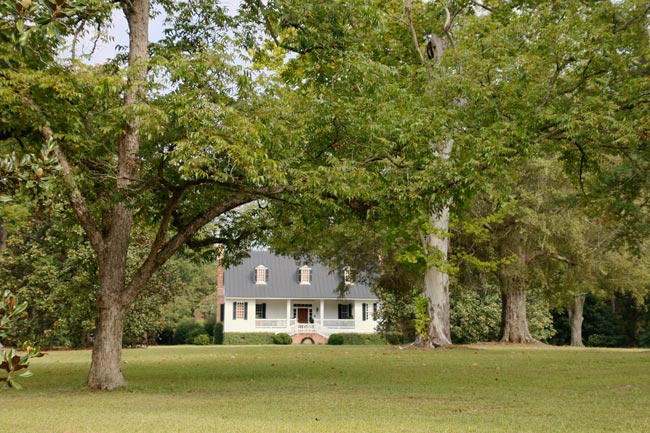