The historic Ashley River Bridges cross the Ashley River in Charleston. The first bridge, pictured on the left, opened in 1926 and is dedicated to the South Carolina soldiers who died during World War I. It is known as the Ashley River Memorial Bridge and is one of four remaining drawbridges in our state. 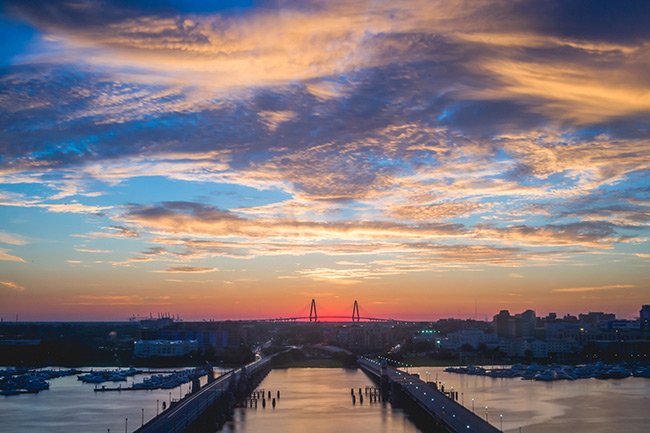 Justin Mackie of Charleston, 2018 © Do Not Use Without Written Consent

The one-way span connects Spring Street in downtown Charleston to both Savannah Highway and Saint Andrews Boulevard in West Ashley. It is 1,733 feet long and 34.1 feet wide, and its largest span stretches 158.1 feet.

The second bridge, on the right, is also a drawbridge and was added in 1961 to accommodate the growing traffic between the Charleston peninsula and West Ashley. It is part of Savannah Highway (US 17). The bascule bridge stretches 1633.9 feet in full, with its largest span extending 160.1 feet. The deck is 40 feet wide. 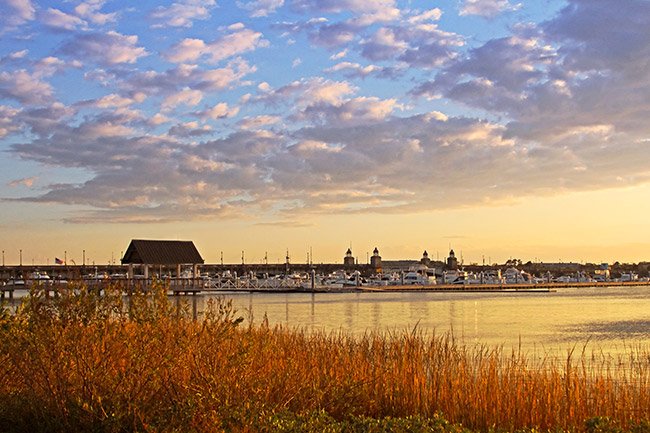 Daniela Duncan of Charleston, 2012 © Do Not Use Without Written Consent 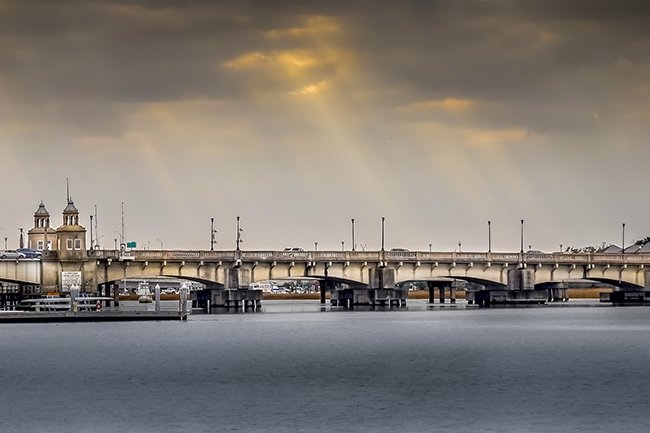 Curtis Cabana of Summerville, 2013 © Do Not Use Without Written Consent

The river begins in western Berkeley County near Wassamassaw and passes many historic plantations along the way, including Drayton Hall, Magnolia Gardens, and Middleton Place. Cash crops grown on these plantations were primarily indigo, cotton, and rice, with rice being most popular due to the river’s tides and brackish water. Two other well-known historic landmarks that stand on the banks of the Ashley are Jenkins Orphanage in North Charleston and Colonial Dorchester State Historic Site in Summerville. 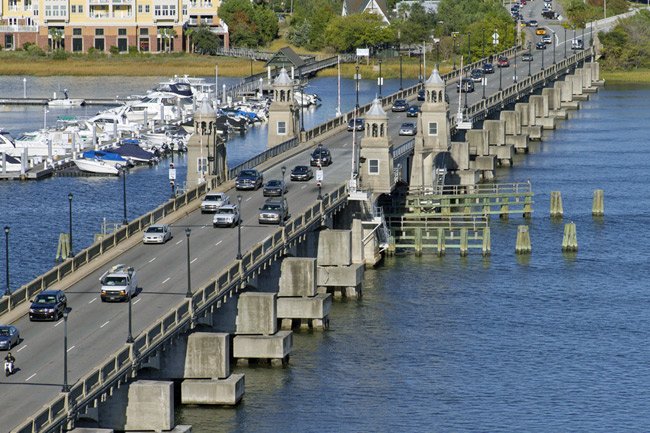 J. Bicking © Do Not Use Without Written Consent 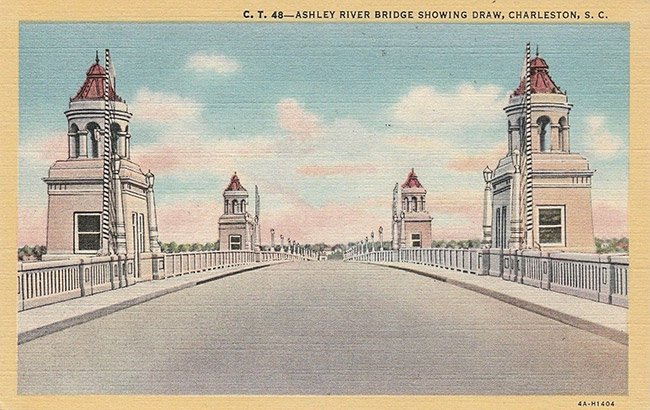 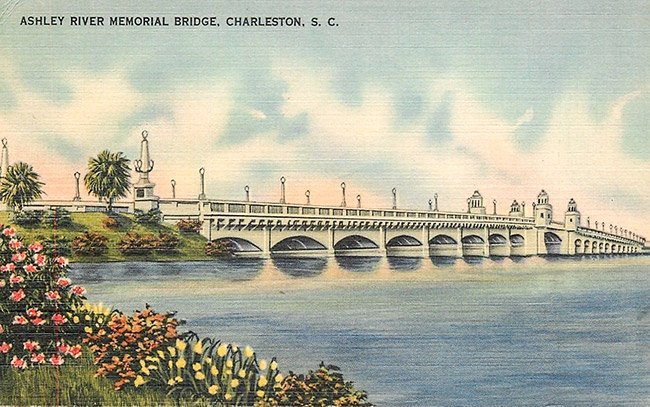