Please note: In this article, the terms Huguenot and French Protestant are used interchangeably. 1

Formally called St. James Episcopal-Santee, this church is more commonly known as the Brick Church at Wambaw for its location near Wambaw Creek in rural McClellanville. Also called simply the Brick Church or Wambaw Church, it was built in 1768 and is the fifth church to house the congregation of the St. James-Santee Parish. St. James-Santee was the second parish established in South Carolina and the first outside of Charleston. Though the parish was established in 1706 by the Church of England – at the time the official church of South Carolina – its early members were French Protestants. 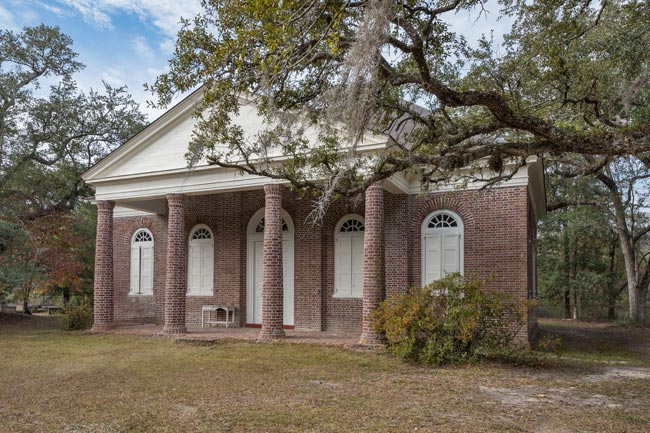 Excluding Charlesfort, the ill-fated 1562 Huguenot settlement on Port Royal, the first Huguenot ship arrived in South Carolina in 1680 with 45 passengers aboard. The political landscape in France had become increasingly intolerant of the Protestant faith, and after the revocation of the Edict of Nantes in 1685, more immigrants quickly followed. To remain in France was to face forced abjuration or even death. Nearly 350,000 of Europe’s French Protestants had already forsaken their faith under the Catholic threat. Many of the remaining 150,000 turned to America for the religious freedom it promised. 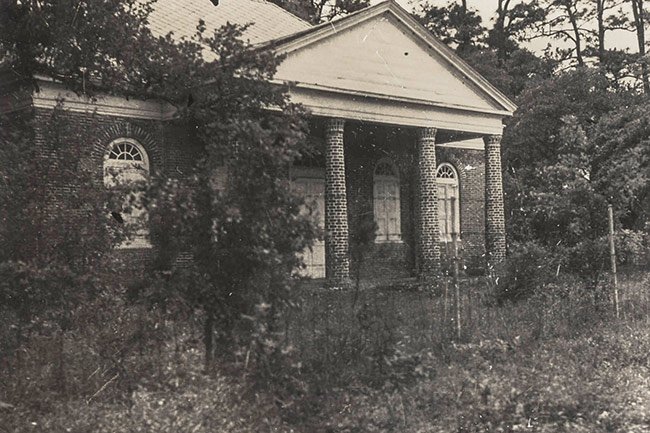 A number of these Huguenots settled in an area of Berkeley County which became known as French Santee. At that time, Berkeley County was called Craven County and encompassed much of what are now Charleston and Georgetown counties. The refugees established a new colony in 1686, located high on a limestone bluff overlooking the Santee River. They named it Jamestown and quickly built their first church. However, just 20 years later, the French settlers petitioned to become an Anglican parish. 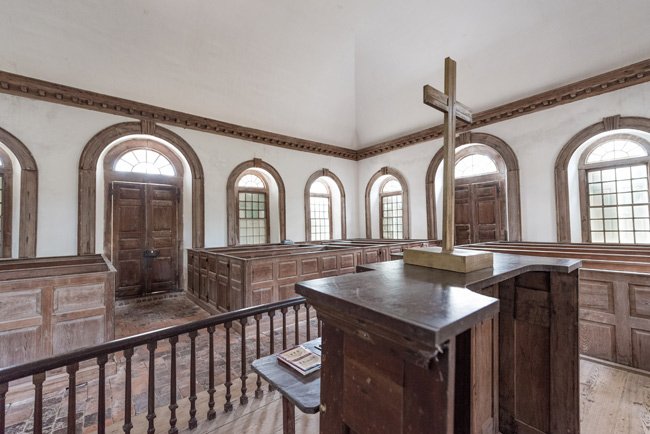 Many things may have contributed to the Huguenots’ desire to obtain parish status. Although the years between 1686 and 1706 represent just over a generation by colonial standards, immigrants were required to naturalize in order to purchase property. Not only did they legally consider themselves subjects of the king, but many of them also intermarried with English families and began to speak English or a mix of English and French in their homes. 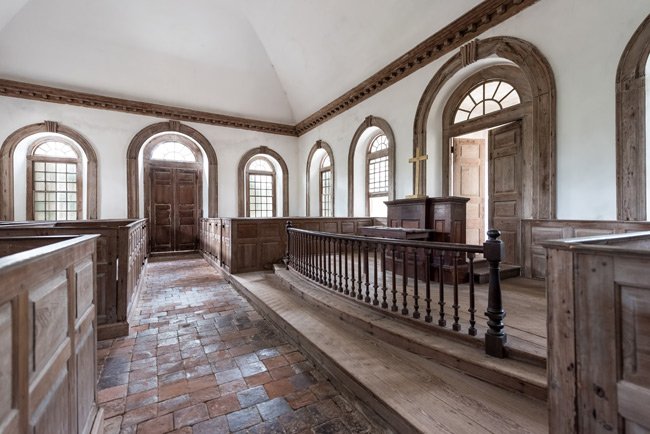 There may also have been a sense of gratitude for their new-found freedom, and the idea of becoming aligned with the Anglican church may not have been objectionable since the French were permitted, at least tacitly, to worship in their native tongue – as long as they followed the Anglican prayer book. It is also worth noting that the Anglican church shares a similarity with the Huguenot church in that both are Protestant and arose out of a mutual disdain for Catholicism. 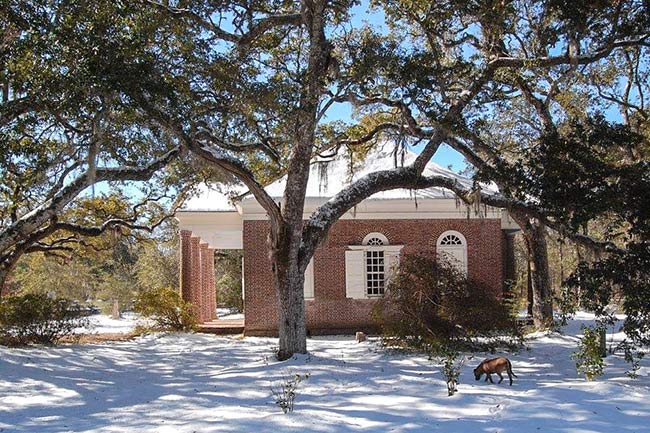 Bud Hill of McClellanville, 2018 © Do Not Use Without Written Consent

As the population of the parish increased, its residents sought to expand their church. The first sancutary in Jamestown had been built for the original settlers, and by 1714 a new church had been erected on Echaw Creek to accommodate Huguenots along the eastern side of the parish. A chapel of ease near this area was built after 1714. It was replaced with a brick chapel in 1748. 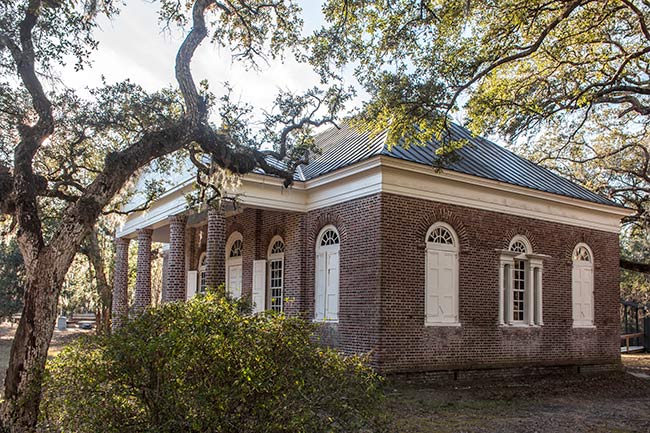 By 1768 many of the Huguenots had established themselves as wealthy rice planters, and this edifice was erected with imported English brick to reflect their success and prosperity, though the columns were built with local brick. The flagstone flooring and the plaster in the vaulted ceiling are original. The plaque displayed on the pulpit was placed in honor of the Reverend Pierre Robert, first French Protestant minister, possibly in South Carolina and certainly in French Santee. 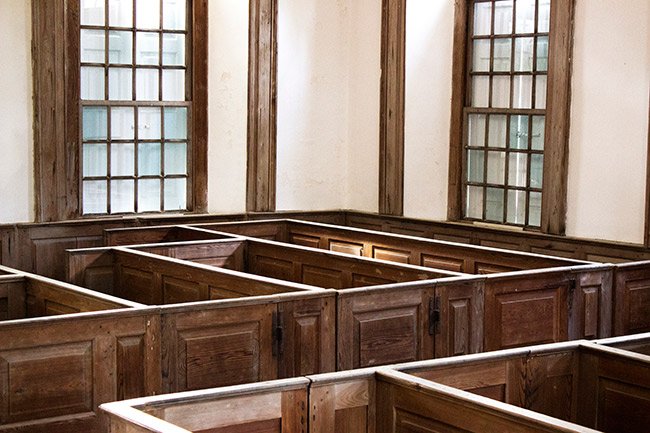 The rice industry collapsed following the Civil War, and families gradually moved away. In 1890 a chapel of ease was built in the merchant town of McClellanville. As more parishioners arrived in the village to reestablish their lives, the Brick Church became obsolete. The chapel of ease, called St. James-Santee Episcopal Church, became the primary church and remains active today. The congregation of St. James-Santee holds a service at the Brick Church at Wambaw once a year.

To see a 360º tour of the interior of Brick Church at Wambaw, check out Alan Tigner’s work here.

The Brick Church at Wambaw is listed in the National Register as St. James Episcopal Church – Santee:

St. James’ Church, erected in 1768, is an excellent example of the effort made in the last third of the 18th century to give South Carolina’s small Georgian brick crossroad churches, with typical rectangular plans, a more sophisticated exterior design. The building and its interiors, including a revised seating plan, appear to be original. The exterior includes architectural features not found in earlier brick country churches built on similar rectangular plans. The hipped-roof Georgian body of St. James’ is preceded, both front and rear, by classic pedimented porticoes, each three bays wide. The eight brick columns have molded bases and capitals, and the shafts, built up in perfect circles, display both diminution and entasis. The main entrance is located in the center of the long south elevation and there is a side door in the center of the west end. Originally there may have also been a center door in the long north side, at the point now occupied by the brick vestry room. The doors and windows are topped by fanlights and brick round arches, a Palladian window is situated in the center of the east end.

Notes on Brick Church at Wambaw

Much of the above information was shared with us by Chevis Leland of McClellanville, archivist for the South Carolina Huguenot Society and a member of St. James-Santee Episcopal Church, the former chapel of ease for the Brick Church at Wambaw. We are grateful for her time and patience in answering our many questions.

1. Members of the French Protestant faith were simply called French Protestants until the mid- to late-nineteenth century. At that time, many Americans experienced a renewed interest in their ancestry and those of French Protestant descent adopted the term Huguenot. Though it is a now considered a French word, its etymology can likely be traced to Switzerland, where it is rooted in the Swiss-German word eidgenoss, meaning confederate. The name, which dates from at least the early 1520s, may originally have been more political in nature than religious. It was applied to those Genevans who organized against the Duke of Savoy; these “confederates” were led by Besancon Hugues, and his surname may have influenced the word’s translation in French. Though other plausible stories exist regarding the word’s origin, this is the most commonly accepted. Regardless, French Huguenots technically hail from France, whereas Swiss Huguenots hail from Switzerland, German Huguenots hail from Germany, and so forth. The use of this title is further complicated by the fact that thousands of French Protestants took refuge in the Swiss Alps, England, the Netherlands, Germany, and other border regions during the long and bloody decades of religious persecution, a migration that often made a family’s connection to its ancestral homeland less clear. For the purposes of this article, the terms Huguenot and French Protestant are used interchangeably, as over time the word has come to to specify any member of the Reformed Church of France, regardless of his or her place of birth.

While this church is beloved by visitors far and wide for its early South Carolina history, another aspect that keeps people coming back to visit is the church’s unofficial caretaker, a curious dog named Babe. 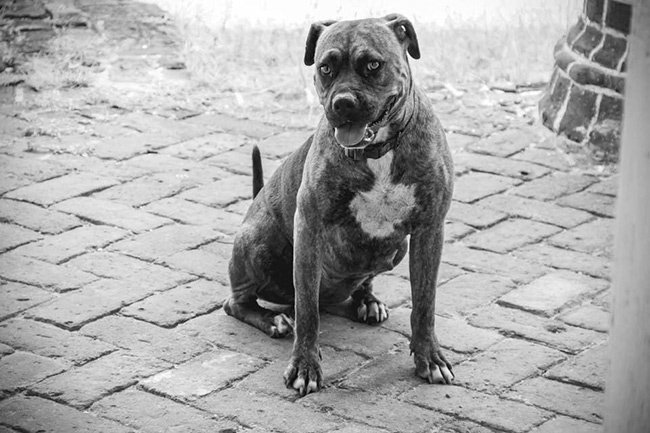 The more we noticed people sharing their stores about Brick Church at Wambaw, the more we heard about a dog who visits those who stop by. Some visitors are deathly afraid of her, but most adore her inquisitive personality. We are in the latter category. 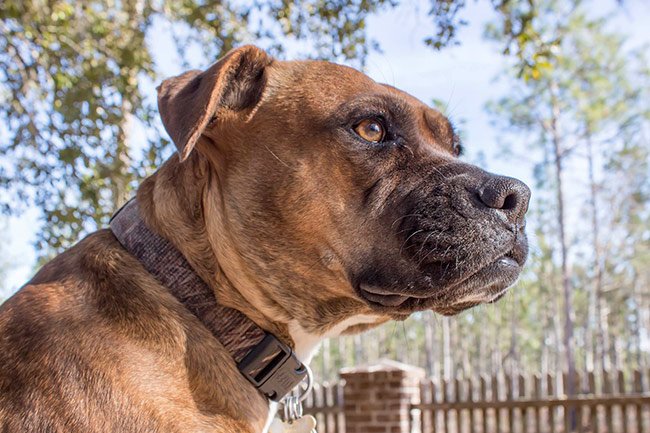 The brown boxer-mix beauty is the beloved companion of Bud Hill, the director of the McClellanville Museum and neighboring resident to the church. While Bud is the official caretaker of Wambaw, those who frequent the place know that Babe is the real watchful eye who makes sure things go as they should on these sacred grounds. 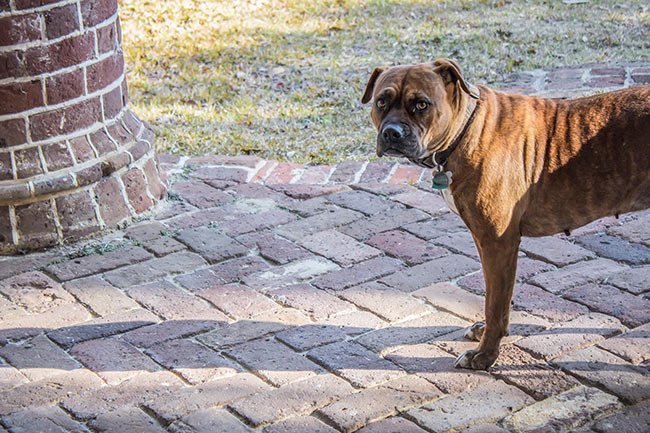 Be sure to stop by and give her some love. She enjoys company and will gladly sit with you as you picnic on the church grounds or follow you inside as you take it all in. Babe is a true treasure of McClellanville. 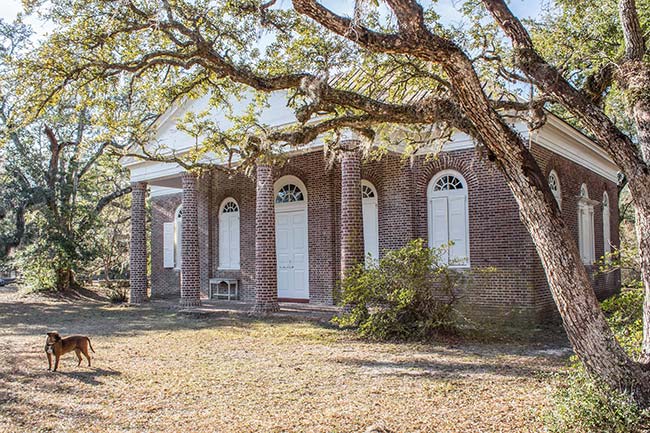