A visit to Caw Caw Nature and History Interpretive Center in Ravenel lets guests explore a variety of habitats such as dry upland forest, old rice plantation fields, and cypress swamps. This area was once home to several rice plantations and also to African slaves, who created rice fields using their agricultural knowledge and skills. 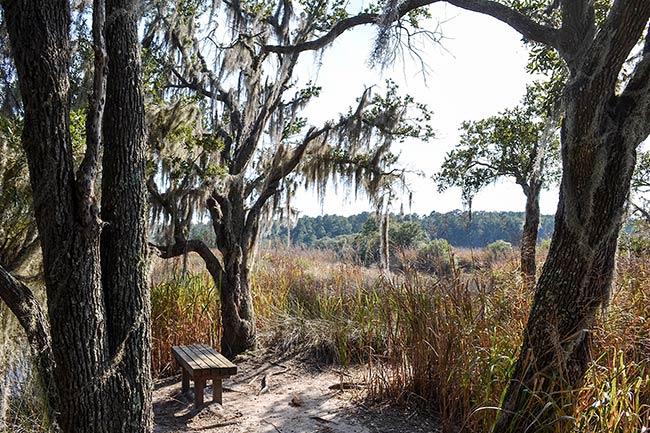 Beyond the different landscapes, there is a chance to experience an important but often forgotten part of South Carolina history. The Caw Caw Interpretive Center offers educational programs that feature important sites related to the Stono Rebellion. 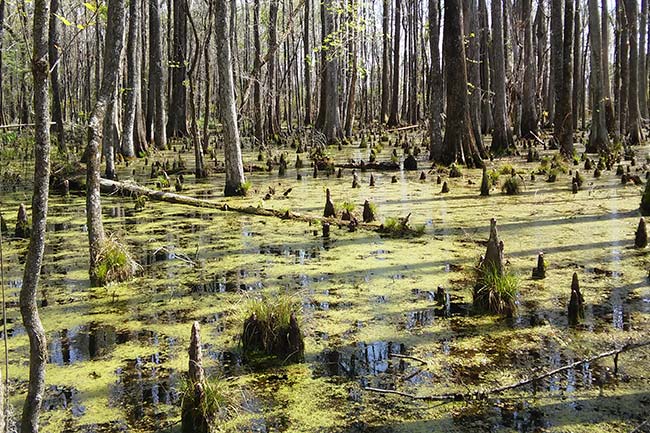 Cathy Kennedy of Walterboro, 2018 © Do Not Use Without Written Consent

Pausing under the giant, Spanish moss-draped live oaks, one can almost sense the ghosts of the men and women who joined the Stono Rebellion on September 9, 1739. Marching from farm to farm, nearly 100 rioting slaves killed 20-25 white people and burned several homes before they were stopped by a militia. Within a few hours a third of the slaves had been shot, and within a week the rest were caught and executed. 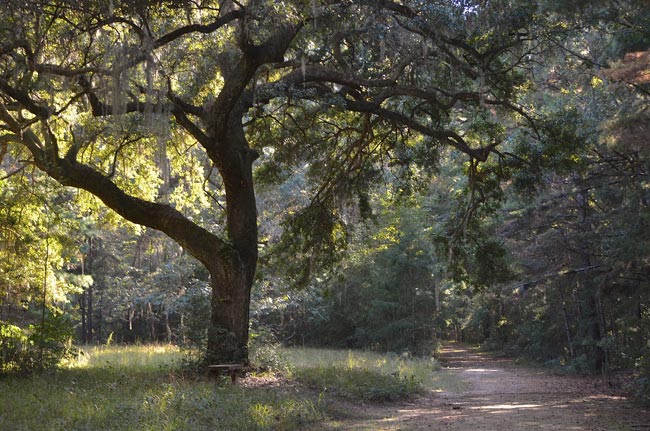 As a result of this rebellion, new laws were passed that forbade slaves to grow their own food, learn to read, assemble in groups, or earn their own money. The revolt occurred more than 100 years before the Civil War, but the human consequences of slavery have a longer history than many realize. 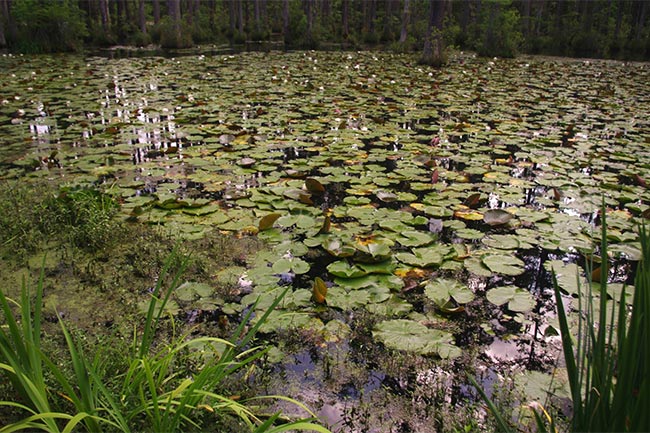 Aside from being rich in local history, Caw Caw has over six miles of walking trails through its diverse habitats. Boardwalks take visitors through the wetlands, and rice fields dating to the eighteenth century. 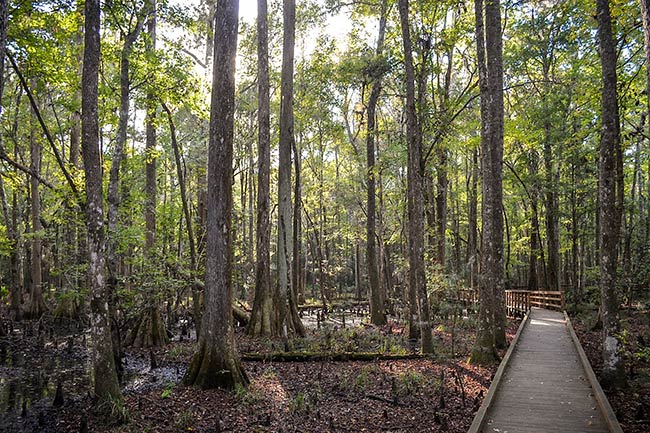 The various habitats at Caw Caw are now home to a variety of waterfowl and other birds. Naturalized tea plants also abound, and painted buntings are often spotted during the summer months. A Great Blue Heron can be seen traversing the lush and swampy bottomland habitat of the park below. 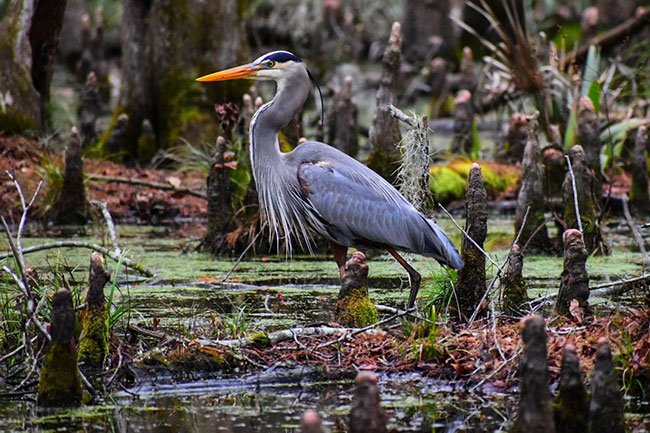 Jacque Pieterse Barr of Georgetown, 2018 © Do Not Use Without Written Consent

On certain days, during the winter months at Caw Caw, visitors are treated to one of nature’s brilliant displays. The normally dark and murky waters of the swamps here are turned into a spectacular display of vibrant colors creating what some have dubbed as rainbow swamp. Experts have said that this phenomenon occurs when the leaves of bald cypress tress drop into the water, as they begin to decompose, they create a film on the surface of the water, once the sunlight hits the water at the right angle, the rainbow effect occurs. Coupled with the reflections of the trees and sunlight, it is quite a breathtaking sight. 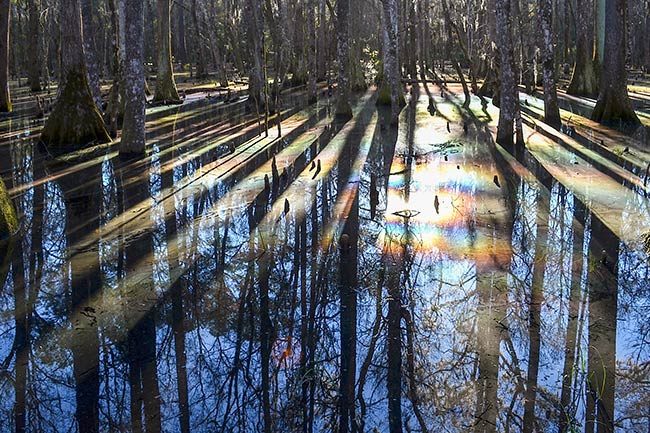 Caw Caw Nature and Interpretive Center is owned and operated by Charleston County Parks and Recreation and hosts several nature classes along with its cultural programs. In addition to the various species of birds on the property, visitors can almost be guaranteed to see numerous varieties of snakes, both venomous and non-venomous, as well as the American Alligator, a frequent visitor to the rice fields of the Lowcountry. 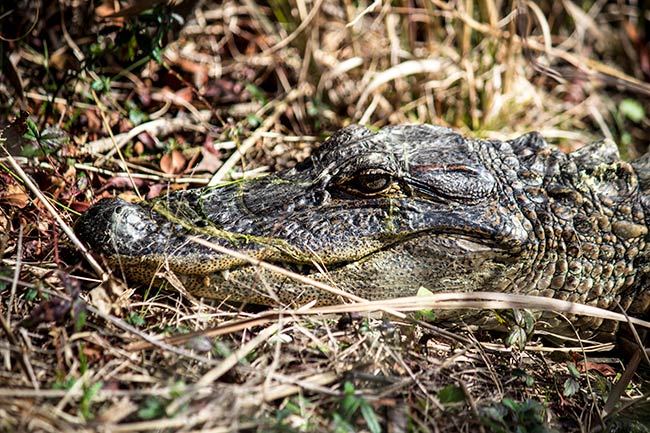 Canals and dikes from the rice planting era are still visible at Caw Caw. Every field, canal and dike would have been hand constructed with the labor of enslaved people. Rice was a labor-intensive crop – at least for the slaves – as this 1775 account explains:

“The first business is to drain the swamp, in which work they have no particular methods deserving notice, or which are unknown in England. The moment they have got the water off they attack the trees, which in some swamps are very numerous; these they cut down at the root, leaving the stumps in the earth. … However they do not wait for the ground being cleared of them, but proceed to plant their rice among the stumps. In March, April, and May they plant; the negroes draw furrows eighteen inches asunder, and about three inches deep, in which the seeds are sown; a peck is sufficient for an acre of land: as soon as planted they let in the water to a certain depth, which is, during the season of its growth, repeated, and drawn off several times; but most of the growth is while the water is eight, nine, or ten inches deep on the land. The great object of the culture is to keep the land clean from weeds, which is absolutely necessary, and the worst weed is grass . … This is the only object till it is reaped, which is usually about the latter end of August or beginning of September. Like wheat in England, they prefer cutting it while the straw is a little green, leaving it on the stubble to dry and wither two or three days in case the weather is favorable: after which they lay it up in barns or stacks . … The next operation … is the threshing of it, after which it is winnowed, which was formerly a very tedious operation, but now much accelerated by the use of a windfan. When winnowed it is ground, to free the rice from the husk; this is winnowed again, and put into a mortar large enough to hold half a bushel, in which it is beat with a pestle by negroes, to free it from its thick skin; this is a very laborious work. In order to free it from the flour and dust made by the pounding, it is sifted; and again through another sieve, called a market sieve, which separates the broken and small rice, after which it is put up in barrels, and is ready for market. … The reader must observe upon this account that the cultivation of it is dreadful: for if a work could be imagined peculiarly unwholesome and even fatal to health, it must be that of standing like the negroes, angle and mid-leg deep in water which floats an ouzy mud, and exposed all the while to a burning sun which makes the air they breathe hotter than the human blood; these poor wretches are then in a furness of stinking putrid effluvia.”

Through time there were “improvements” such as the introduction of tidal or steam threshing mills, but the slaves’ work in the fields was always the same. 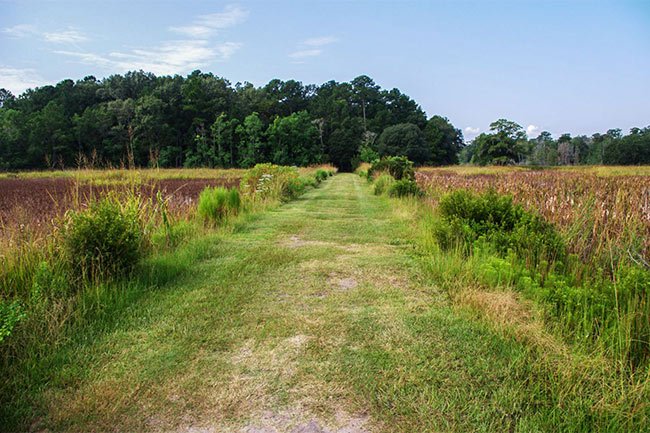 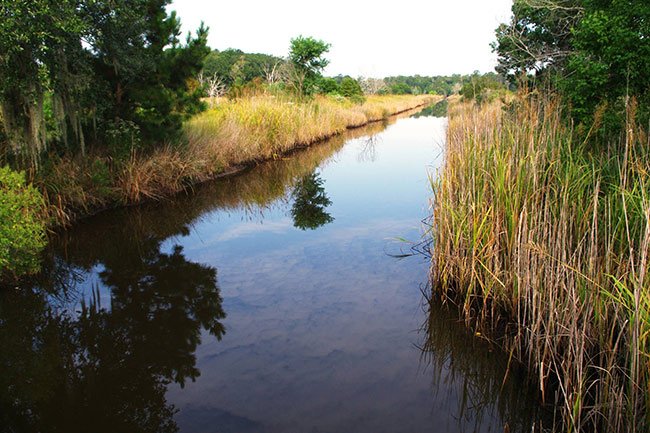 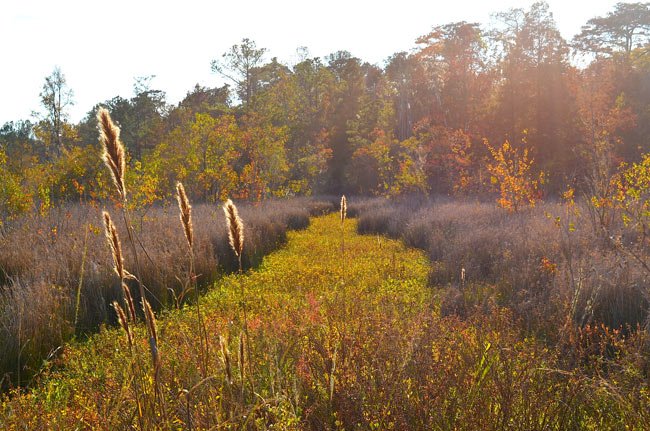 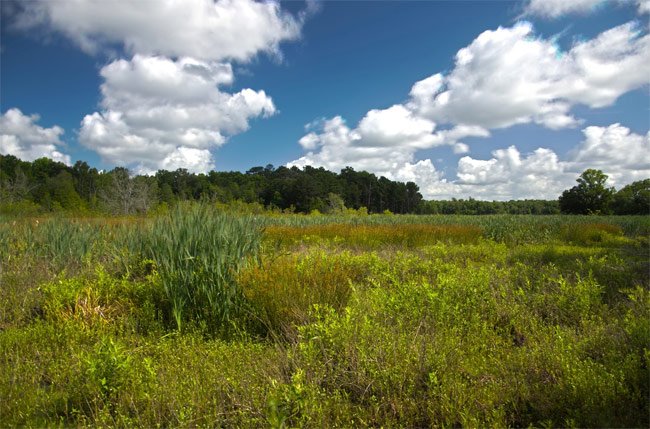 Mark Cowell of Hanahan, 2013 © Do Not Use Without Written Consent

Contributor Cortney Price says of her photo below: “During the winter, the black water cypress swamp at Caw Caw Interpretive Center turns all the colors of the rainbow. An oily-looking film (which is tree sap) on the surface and the angle of the winter sun create prismatic color.” 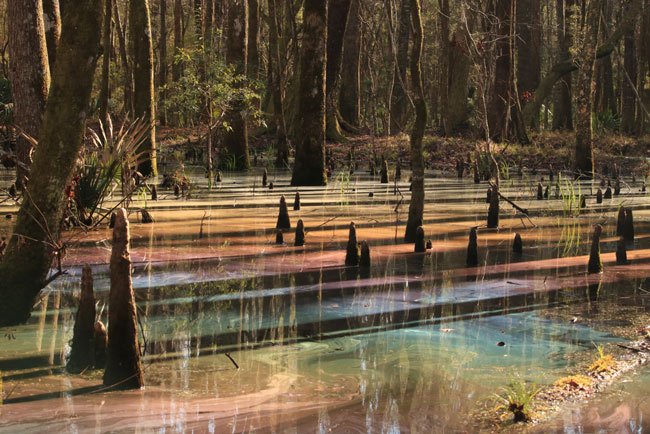 Cortney Price of Charleston, 2016 © Do Not Use Without Written Consent