This quirky novelty, found along South Carolina Highway 174, proudly serves as a testament to the offbeat spirit of Edisto Island. It is one of several celebrated landmarks that surprise visitors to the island. (Another is the famous Edisto Island Mystery Tree.) 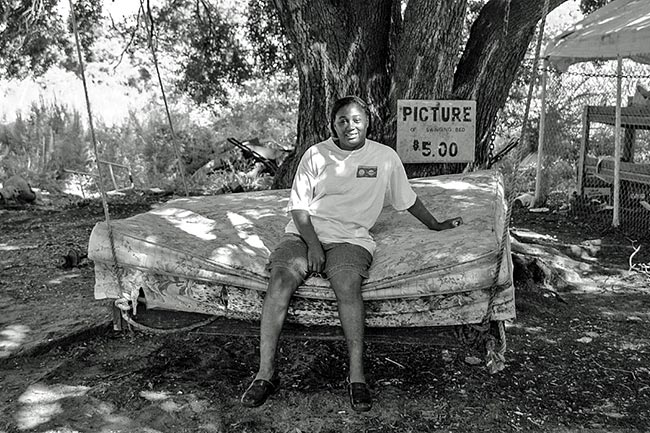 Elizabeth Wenner of Wadmalaw Island, 2006 © Do Not Use Without Written Consent

Hanging at what locals sometimes call Mattress Point, the swing belonged to Edisto native Frank “Tish” Gadsden, a descendant of island slaves. Legend holds that the mattress originally served a something of a “dog house” for Gadsden, whose wife didn’t like when he drank. Initially he “slept it off” on a cot, but one night, looking up at the graceful branches of this ancient oak, Gadsden thought to hang his bedding in the tree like a hammock. That was back in the 1970s; over time, the mattress became a favorite spot for friends to visit, play cards, laugh, and tell tall tales in the breeze. For awhile Gadsden kept a fruit stand here, but his business eventually become charging curious visitors a nominal fee to take a picture on his swing. Every summer a new mattress was put out on the tree and each winter it was taken down. 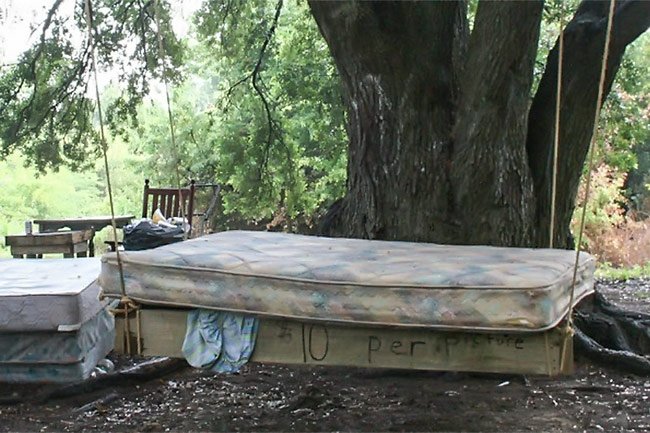 Joan Perry of Charleston, 2010 © Do Not Use Without Written Consent

By 2009 Tish had passed away, and to the dismay of many, the mattress came down. Thankfully family members continued the tradition and the mattress was back in “full swing” by at least 2013. Today the once-bare mattresses are highly decorated for each coming holiday or season, adding to the festive character of Edisto. Artist Charlotte Hutson-Wrenn describes it best when she says, “It was part of the myth of this island paradise. Lying in a hammock is a traditional summertime habit for those who come to the beach for vacation. For visitors to the island, it reminds us of the importance of taking a nap, of putting our feet up, of swinging the day away, ‘Edislow’ style.“ 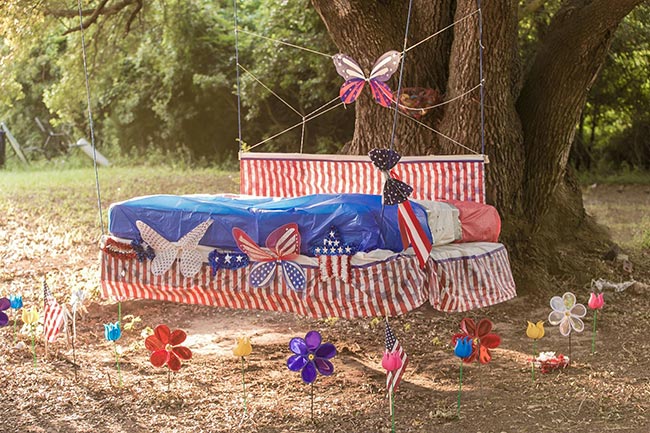 Christine Andrews Smith of Charleston, 2016 © Do Not Use Without Written Consent

This painting was completed by the talented artist Becky Lee of Walterboro. Becky, who is largely self-taught, muses, “I never could color between the lines.” My earliest memories of being an artist began as a child, as soon as I could hold pencil and crayon. My mother complained that she could never keep me in notebook paper because I drew on everything.” After some helpful guidance from a primary school art school teacher and later, a thoughtful husband and art coach, she has developed her own style that depicts the Lowcountry in a fresh and energetic way. 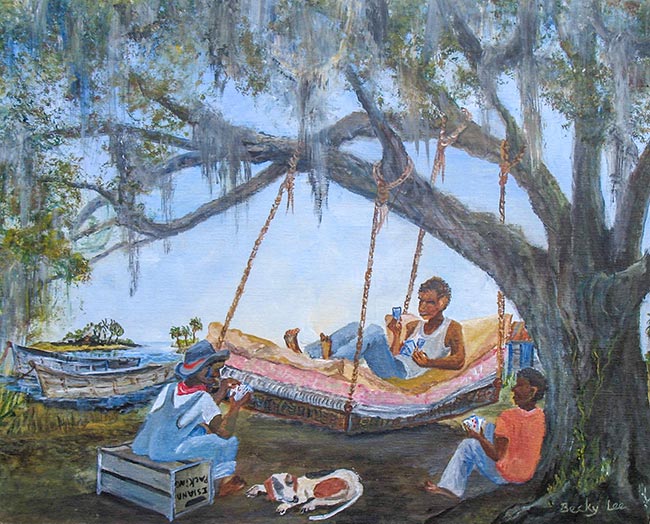 This swing hanging from the boughs of a large oak on Edisto Island is definitely one of a kind. Rusty Williamson of North Charleston provides an interesting story about this landmark: “Where that tree stands was once a run-down mobile home, owned by a native of the island we called ‘Tish.’ My uncle befriended him over the years and we got to know him fairly well. He would take us shrimping back in the creeks behind his property, land left to him by his mother, a direct descendant of the original slaves on the island. Many years ago, a highway patrol officer plowed his car through the mobile home after failing to maneuver the curve in the road. My uncle gave Tish materials to help repair the damage [along with] the first mattress that ever hung from that tree. The story I remember is that Tish’s wife would make him sleep outside in the summer when he took to fits of drinking and not bathing for a few days.” 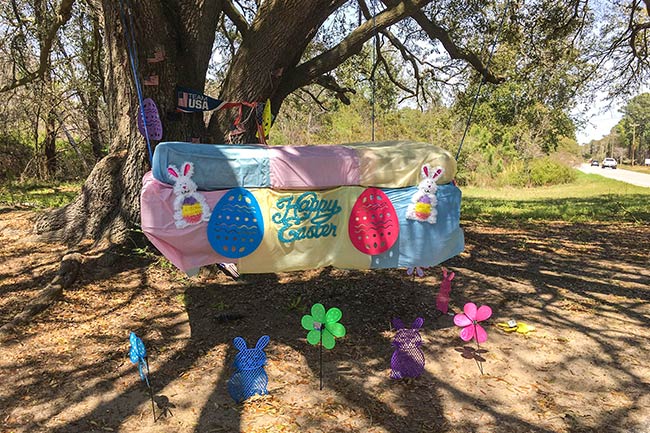 Sue Johnson of Mount Pleasant, 2018 © Do Not Use Without Written Consent