The Francis Marion National Forest is a federally-managed natural area spreading across large swaths of both Charleston County and Berkeley County. In fact, the forest encompasses several entire towns – including Awendaw, Huger, Jamestown and McClellanville. Spanning just under 259,000 acres, the forest provides protection for threatened and endangered plant and wildlife species such as the endangered red-cockaded woodpecker. 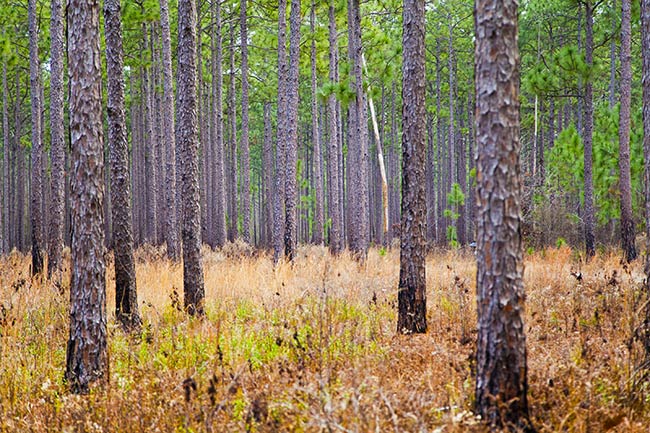 The forest is named for renowned South Carolina Revolutionary War hero, General Francis Marion, also known as the Swamp Fox. General Marion and his men moved through local swamps and woods, executing surprise attacks on British soldiers who were accustomed only to conventional battle. Marion learned guerrilla warfare by observing the fighting tactics of Native Americans. 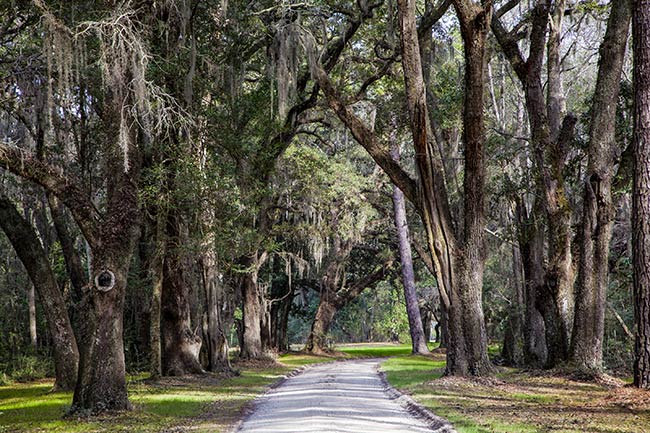 The Sewee Indians occupied this area during the 1600s and left behind a wealth of artifacts. According to Tim Penninger, an Awendaw historian and author, the tribe met the English settlers when they arrived at Bulls Bay in 1670. The natives welcomed the newcomers by placing them on their shoulders and carrying them off to a great feast. The tribe and settlers lived in harmony for many years, trading furs and supplies. However, by 1715 the Sewees decided they were no longer being treated fairly by the English. They banded with neighboring tribes in the Yemassee War. 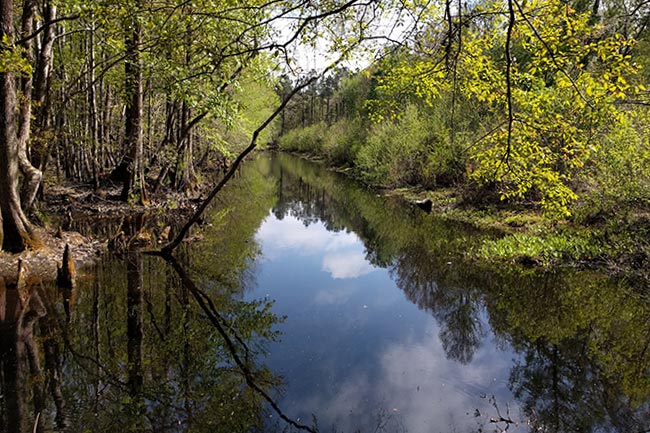 Perhaps the most significant remnant of the Sewee tribe is the Sewee shell mound in Awendaw. Comprised primarily of discarded oyster shells, it rises 10 feet above the surrounding substrate and covers roughly 225 feet. The shell mound, or shell ring as it is sometimes called, is estimated to be 4,000 years old and was used by Native Americans who lived along the Intracoastal Waterway. Archeologists have long debated the purpose of shell mounds. Were they built as monuments, were they used to trap fish, or were they simply waste piles leftover from feasts? Over time, the oyster shells break down, forming a ring of rich soil. This Sewee shell ring is one of the oldest in the United States. 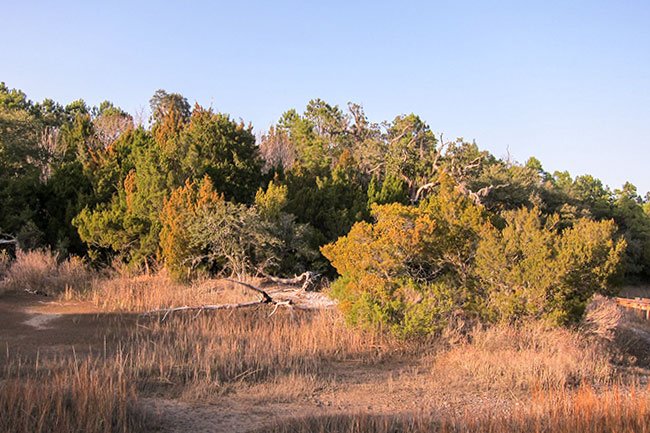 Annie Banks of McClellanville, 2011 © Do Not Use Without Written Consent

The Francis Marion National Forest offers a self-guided, mile-long trail which will lead you to the Sewee shell mound. Along this short trail, visitors will be exposed to three diverse ecosystems; the maritime forest, the salt marsh, and the shell mound itself. Wildlife and rare plant viewing opportunities are abundant, and this boardwalk carries visitors through areas that would otherwise be inaccessible. 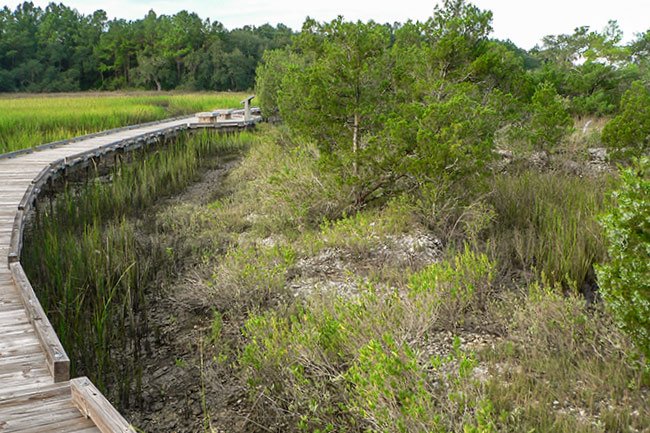 Two unique geological features are found in the Francis Marion National Forest: Carolina bays and limestone sinks. Carolina Bays are depressions in the earth, of unknown origin, which fill with rainwater most often in the spring and winter. Considered a freshwater wetland, these bays often dry during the summer months causing different plant and animal species to live in them, depending on the season. Of an estimated 2,600 naturally occurring Carolina bays in the state, only 200 remain in pristine condition. 25 of these are located within the Francis Marion National Forest. Limestone sinks are also known as carbon sinks and are natural reservoirs that accumulate and store a carbon-containing chemical. 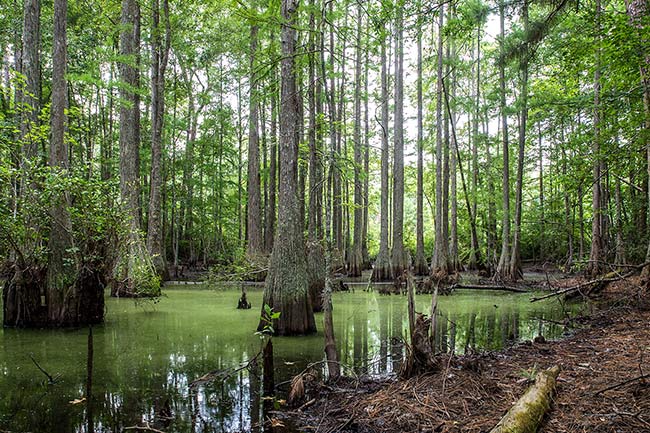 Jim Fowler of Greenville, 2014 © Do Not Use Without Written Consent

The Francis Marion National Forest offers a variety of recreational activities including rife ranges, boat landings, hiking, horseback riding, mountain biking, and well-maintained roads for driving. The 42-mile Swamp Fox Passage begins in Moncks Corner and ends in Awendaw. It in turn forms part of the Palmetto Trail, a 425-mile foot and mountain bike path that traverses a large portion of South Carolina. Campsites are available along the Swamp Fox Passage, as well as in other areas of the forest. Tree farms, experimental forest areas, wildlife refuges, and a broad range of historic sites provide something for everyone. 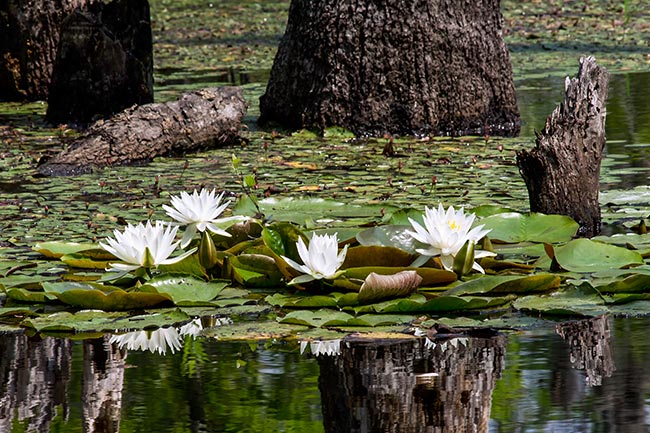 Jim Fowler of Greenville, 2014 © Do Not Use Without Written Consent

Today, the Francis Marion National Forest continues to meet new challenges and make its mark on surrounding communities. Hurricane Hugo ravaged the forest in 1989, leveling more than one third of its trees. As new trees and plants grew, so did the threat of catastrophic fire. Forest rangers began the challenging task of clearing the hazardously dense trees and brush – turning the resulting biomass into a local energy source. This practice continues today.

Much like the ACE Basin, the Francis Marion National Forest is a patchwork quilt of public land spread across a bed of private land, homes, and even highways. One might envision it as a rather old and threadbare quilt, with holes worn where small towns and other missing pieces show through. For example, the forest’s official borders cover the entire Town of McClellanville, and indeed most of the land there is natural, but McClellanville is also an active village and with a population of roughly 500. Thus the borders of the Francis Marion National Forest in McClellanville encompass schools, municipal buildings, restaurants, and over 200 homes.

The boundary of the Francis Marion National Forest also encompass the rural towns of Awendaw, Jamestown, and the bulk of Bonneau, in addition to a few incorporated places like Cordesville and Huger. 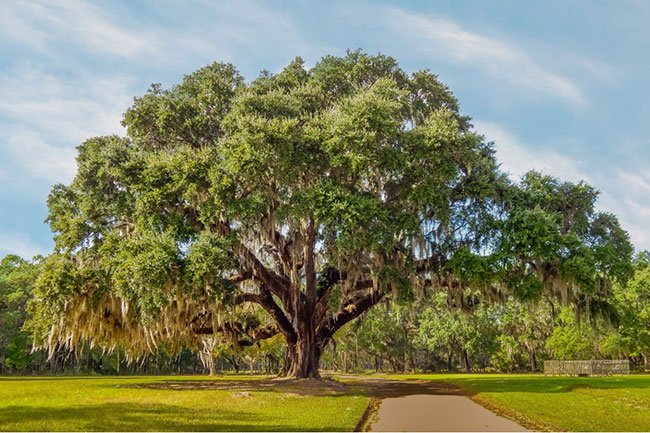 Sue Roberts of Kershaw, 2016 © Do Not Use Without Written Consent

Roughly speaking, however, one could say the forest is bordered by Lake Moultrie to the west, the Santee River to the east, the Intracoastal Waterway to the east, and South Carolina Highway 98 to the south. Many of the adjoining properties are also natural areas, including the magnificent Cape Romain, the Capers Island Heritage Preserve, the Bonneau Ferry WMA, the Old Santee Canal State Park, the Santee Coastal Reserve, the Santee Delta WMA, and the Wee Tee State Forest. All of these parcels expand the area of protected land beyond the forest’s official 259,000 acres. 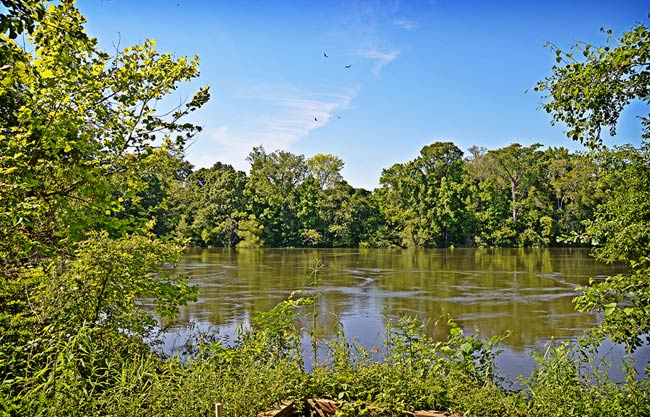 The best map we know of it located below. If you click on it, you will go to the Forest Service’s website and can download a high-resolution version. 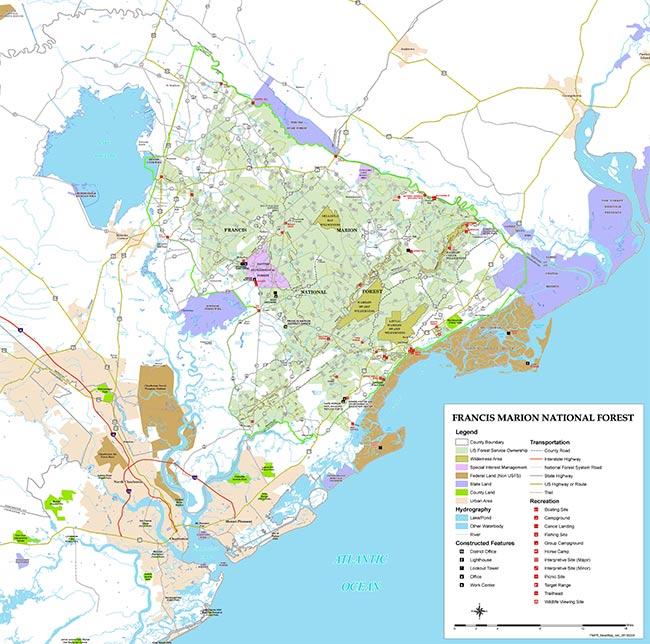