Marion Square is a 10-acre park located in the heart of historic downtown Charleston. Named for Revolutionary War hero Francis Marion, the park serves as an important reminder of the city’s military beginnings. 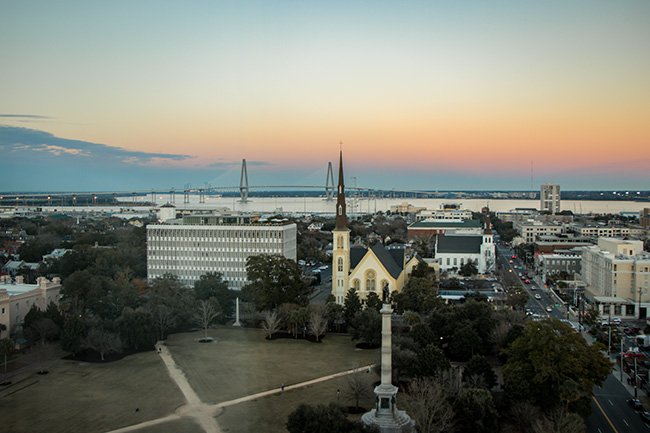 Kylie Jeffords of Johns Island, 2019 © Do Not Use Without Written Consent

In the late 1750s, a large tabby fort known as the “Horn Work” was constructed on the west side of what is now Marion Square. This fort served as the city’s primary point of defense during the Siege of Charleston in 1780. A portion of the fort exists today in a small fenced area as seen below. 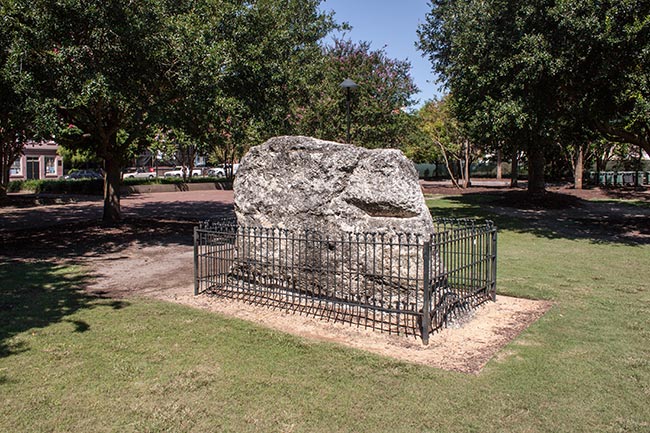 After the war the site was transferred to the newly-incorporated City of Charleston. In the 1800s the square served as a muster ground for the SC State Arsenal (Old Citadel) and became known as the Citadel Green. The city’s lease still stipulates that the central portion of the square be kept open indefinitely as a parade ground for the Sumter Guards and the Washington Light Infantry. Today the former arsenal is an Embassy Suites hotel, as pictured below. 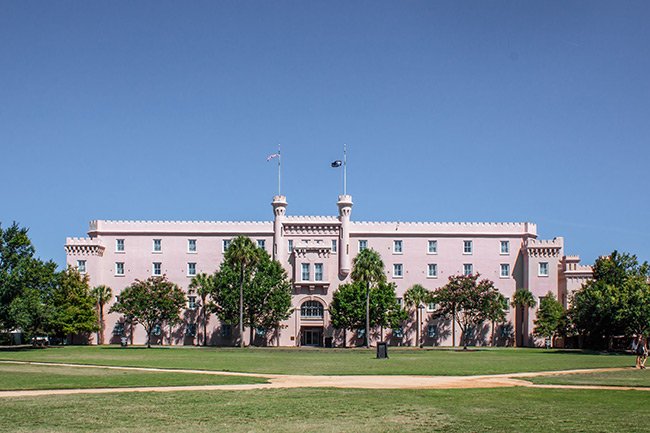 Marion Square is also home to several monuments, including the Calhoun Monument, which honors Abbeville County native and accomplished statesman John C. Calhoun. The cornerstone, laid in 1858, contains a cannonball from the Battle of Fort Moultrie, a banner used in Calhoun’s funeral, and even a lock of his hair. 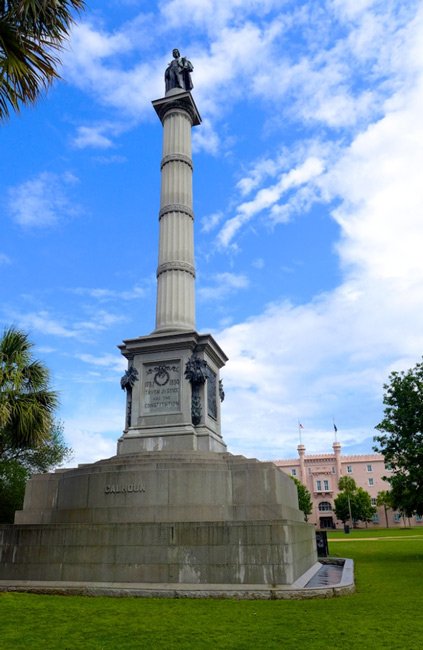 Today the square is one of downtown Charleston’s most popular parks and is home to the Charleston Farmers’ Market and other annual events such as the Southeastern Wildlife Exposition, the Charleston Food and Wine Festival, and the Piccolo Spoleto Festival. Click here for more information and directions to Marion Square. 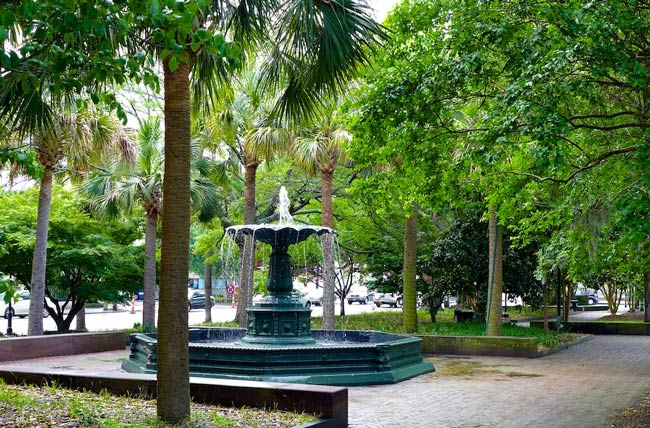