The St. James-Santee Episcopal Church in McClellanville was built in 1890 as a chapel-of-ease for the Wambaw Church within the St. James-Santee Parish. The parish was established in 1706 by the Church of England and served French Huguenots who had arrived in 1687 – two years after the revocation of the Edict of Nantes – to escape persecution for their Protestant beliefs. It was the first parish to be established outside of Charleston, and the area was called the French Santee. 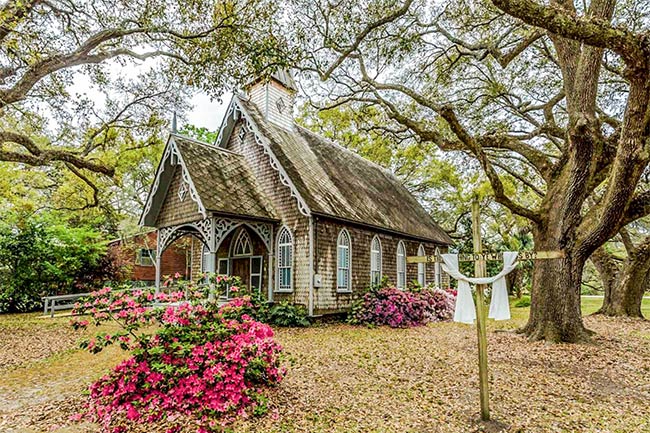 Rudy Lutge of Charleston, 2018 © Do Not Use Without Written Consent

The French immigrants wished to establish a community on the river bluff and found the soil along the Santee River to be ideal for planting rice. Many of the settlers flourished by growing of the cash crop. These Huguenots, enjoying their prosperous new world along the Santee, may have joined the Anglican parish system for several reasons. 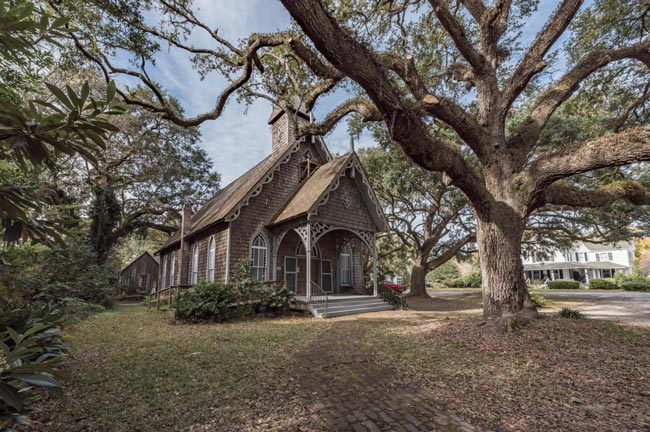 The Church of England became the official church of the colonies in 1704, and the Church Act of 1706 established parishes as administrative, political bodies. Parish status had to be granted by the Church of England, and obtaining parish status ensured members a minister whose salary was supplied by the Anglican Church. Belonging to a parish also afforded political opportunities within the parish system, as parishes had voting rights. 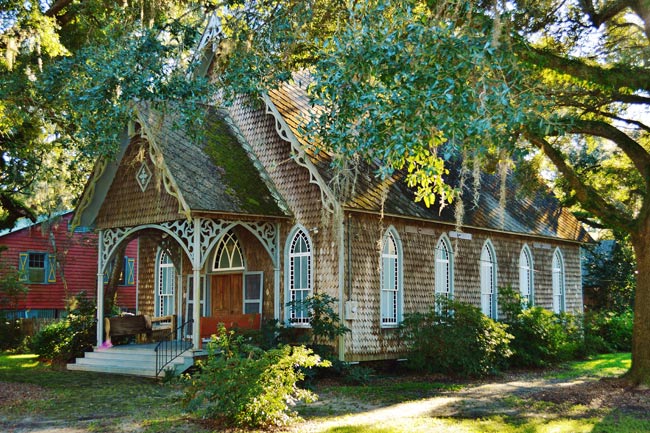 Norma Armstrong of Charleston, 2015 © Do Not Use Without Written Consent

Many French settlers eventually intermarried with English families, and assimilation to the Anglican way of life became inevitable. Because the worship services of the Huguenots and the Church of England were similar, many French settlers did not object to Anglican services, particularly when the French were permitted to worship in their native language. 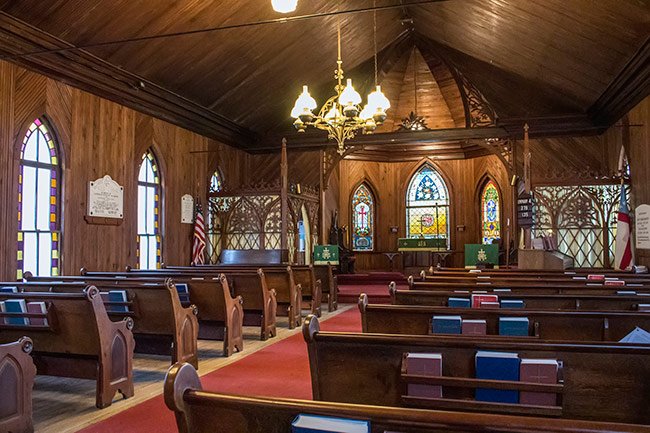 This chapel was the sixth church built within the St. James-Santee Parish and became the primary church after the Civil War, when rice plantations along the Santee, which depended upon slave labor, were abandoned and former planters moved to more central locations such as McClellanville. 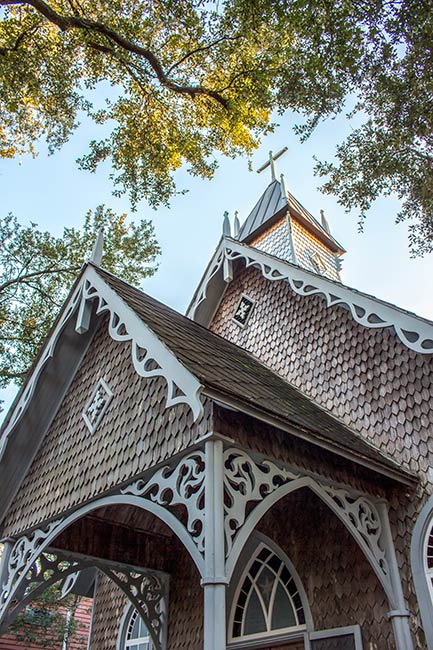 The church is framed with native longleaf pine and cypress. The roof and exterior sidewalls are covered with black cypress shingles which were individually shaped with a handsaw. 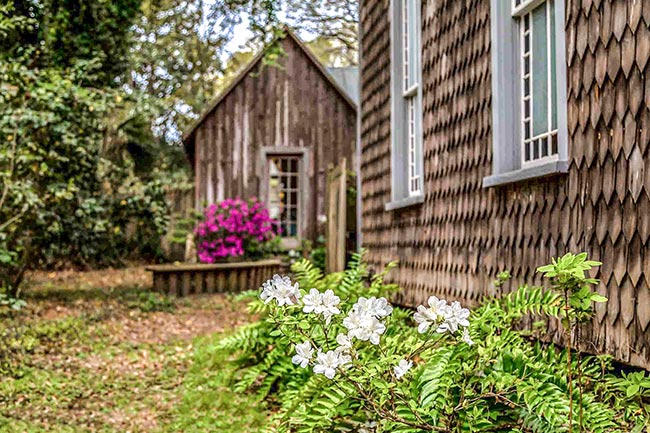 Rudy Lutge of Charleston, 2018 © Do Not Use Without Written Consent

St. James-Santee Episcopal Church is listed in the National Register as part of the McClellanville Historic District:

The McClellanville Historic District contains a collection of approximately 105 residential, commercial, religious and educational properties dating from ca. 1860 to ca. 1935. This collection is architecturally significant as an illustration of the founding of a pineland resort village and its development into a small but stable year-round commercial fishing village. McClellanville begin in the late 1850s as a summer retreat for St. James Santee and Georgetown planters.

The prevailing vernacular forms, especially the central hall farmhouse, predominated in early McClellanville architecture, although the more fashionable architectural styles began to receive attention and can be seen throughout the town: Carpenter Gothic, Queen Anne, and Italianate with a rare Colonial Revival example. The commercial strip developed in the early 20th century and are of frame construction built directly on the road. The historic district is visually unified by the nearly ubiquitous wooden frame construction, by the consistent scale of the house, lots, and their relation to the banks of the creek, by the tremendous live oak trees that permeate the town, and by the relative absence of contemporary commercial intrusions.

Bud Hill, McClellanville’s resident historian, sends us this valuable information about the St. James-Santee Episcopal Church: “My great-great-grandfather, Dr. William Thomas Wilkins Baker, had the idea to build this beautiful little chapel. He was also the head of the building committee. The church was built for $560. Paul B. Drayton, the amazing ex-slave builder, was the contractor, finishing it in 1890.

“Dr. Baker also preached at the chapel when they did not have a real minister serving the Parish. He could do anything. He also served in the state House of Representatives. Paul B. Drayton was also elected to the state house by the people of St. James-Santee Parish in 1880. It was an amazing time in our history.” 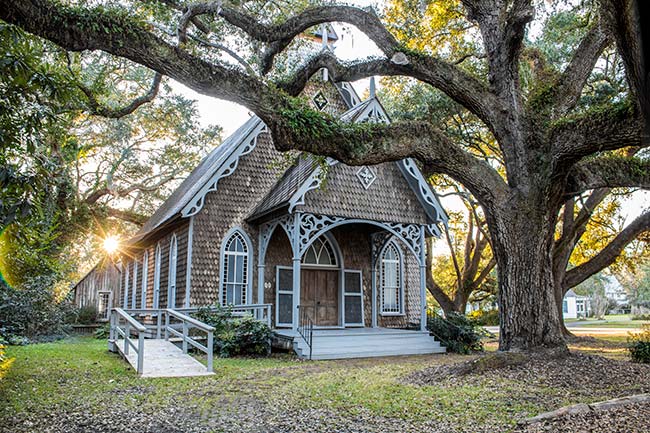