Many people pass through McClellanville on their way from Charleston to Myrtle Beach without giving the historic town a second thought. However, the fishing village overlooking Jeremy Creek is a destination in itself, with waterfront vistas, fresh local seafood, and wide streets lined with nineteenth century homes. This community by the coast was originally inhabited by Sewee Indians until European settlers began arriving here in the late seventeenth century. 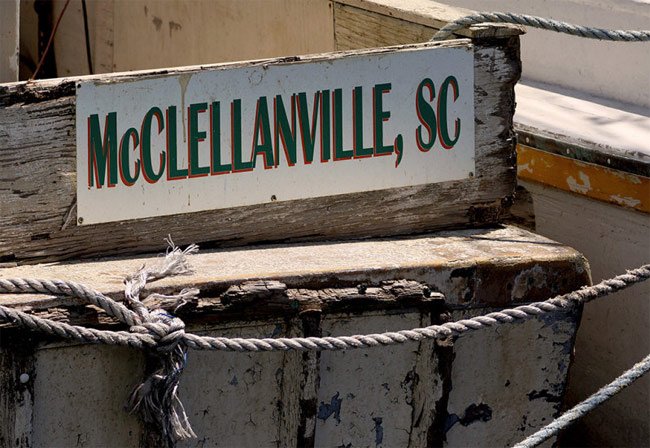 Mike Lempert of Mt Pleasant © Do Not Use Without Written Consent

The first group of Europeans to settle in this area were French Huguenots, who arrived in 1685 and formed a community along the Santee River. The surrounding parish, called the St. James-Santee Parish, was organized in 1706 following the Church Act. The Church Act divided South Carolina into parishes with the Church of England as the state church. By this year the Huguenots had petitioned for parish status and were granted it, forming the St. James-Santee Church as a result. Belonging to a parish afforded the French settlers political representation, among other state privileges. St. James-Santee was the second parish established in South Carolina and the first outside of Charleston. 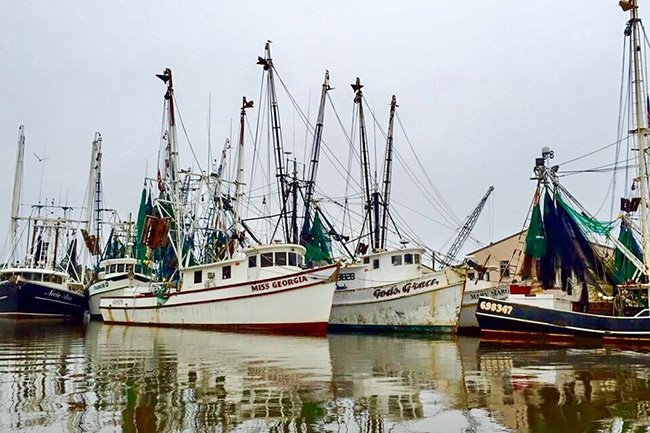 Judie Ross of Mt. Pleasant, 2017 © Do Not Use Without Written Consent

Just over ten years later in 1696 a group of Congregationalists from Massachusetts arrived to present-day Awendaw, a few miles south of McClellanville, and established a community there. By the first years of the eighteenth century the Congregationalists had formed their church, Wappetaw Independent Congregational Church. Awendaw was originally called Wappetaw by the Sewees. As more settlers found this land to be hospitable for growing rice and indigo, the 1700s saw the establishment of large plantations within the St. James-Santee Parish such as Hampton Plantation, Hopsewee Plantation, and Pointe Plantation. 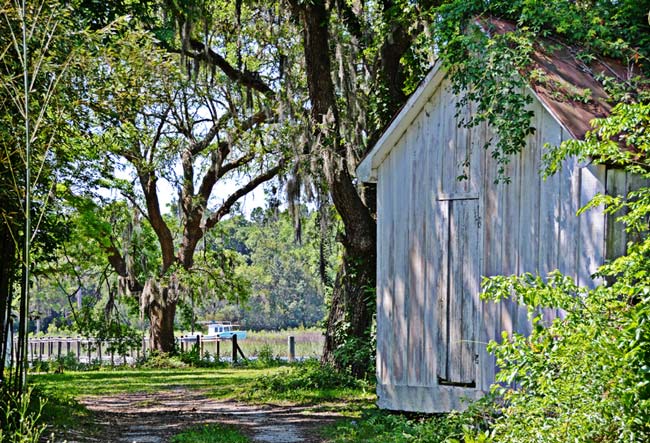 During the mid-nineteenth century planter Archibald McClellan began dividing his Pointe Plantation into lots and selling them to other local planters so they could build summer homes along Jeremy Creek. Richard Tillia Morrison, II of Laurel Hill Plantation purchased Jeremy Plantation and did the same with that property. Following the Civil War, the rice industry collapsed with the loss of slave labor, and former planters began moving into the burgeoning village, called McClellanville for McClellan.

The new residents brought their churches with them, such as New Wappetaw Presbyterian Church, formerly the Wappetaw Independent Congregationalist Church of Awendaw, and St. James-Santee Episcopal Church. The mother church of St. James-Santee Episcopal still stands near the former Huguenot settlement and is known as the Wambaw Church or Brick Church. Newly-freed slaves also established homes and churches in McClellanville after the Civil War, such as Bethel AME Church and Howard AME Church. Founded in 1867, Bethel AME Church is the oldest AME church in McClellanville.

The townspeople transitioned from agriculture to the waters for their economic stability, and McClellanville soon became a thriving commercial fishing village. The beloved T.W. Graham Restaurant, seen above, honors the town’s fishing history and serves fresh seafood, including crabs brought in from the creek, along with other local favorites such as red rice and okra. Though the restaurant is new (it opened in 2003), its menu is as traditional McClellanville as the the tire swing that sways beneath the Deerhead Oak.

The beloved Deerhead Oak was the site of the town’s first store. Merchant William Peter Beckman opened the store just after the war beneath the local landmark, which stands before a public greenspace owned by Beckman descendants. In 1868 Beckman moved his store to his two-story home on Pinckney Street, the town’s main road. The historic structure remains a stately artifact from the town’s early years. Beckman is also responsible for building the town’s first schoolhouse, the Beckman School, though the school was created for the education of his own children. The second William Beckman house, pictured above, was built in the late nineteenth or early twentieth century. It became the home of one of Beckman’s sons, Ludwig Armstrong Beckman. 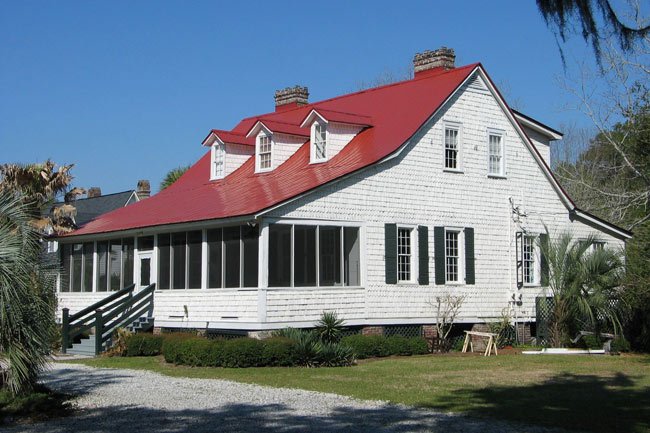 On September 21, 1989, category-4 Hurricane Hugo made landfall at McClellanville and destroyed a large part of the town, which suffered a storm surge of nearly 20 feet. Shrimp boats were tossed onto land, and ancient trees were uprooted, crushing homes. Around 600 residents took refuge in Lincoln High School, which flooded from the surge. Miraculously, all of the residents survived. However, 35 South Carolinians died in the storm. Hurricane Hugo remains the strongest storm to hit South Carolina. 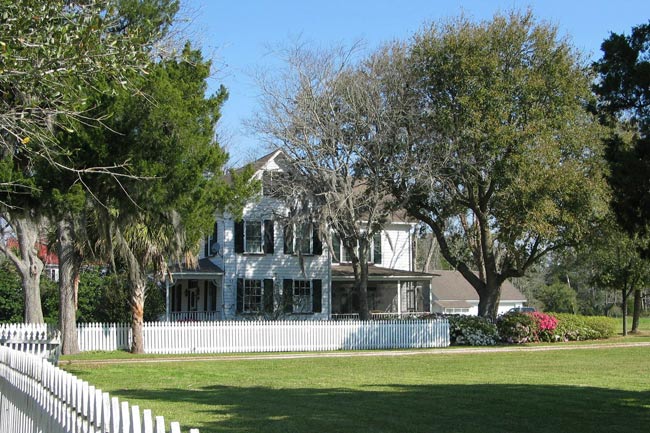 In honor of the town’s success as a prosperous fishing village, McClellanville is the site of the annual Lowcountry Shrimp Festival each May. Music, art, and of course, shrimp, make for a spring day of family fun at this annual event. At the heart of the festivities is the ceremonial Blessing of the Fleet. Local clergy bless the fleet of shrimp boats before they set out into the waters for shrimping season, hopefully bringing back the resource that has supported this historic community for generations. 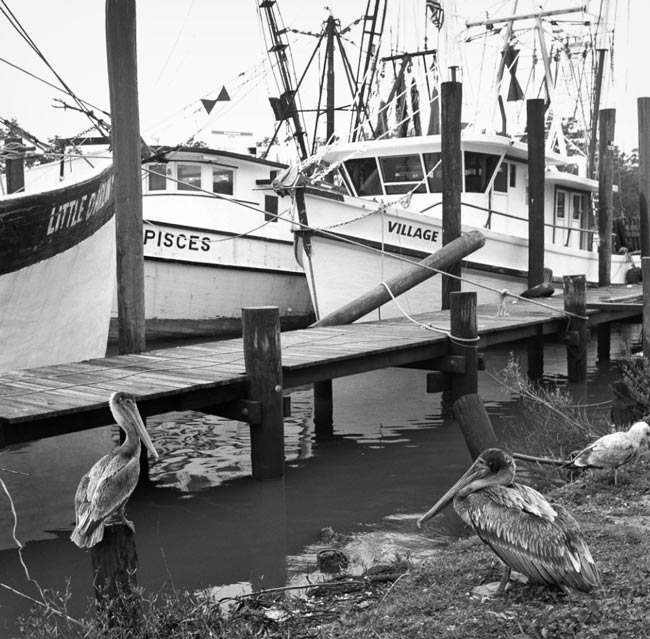 Vennie Deas Moore of McClellanville, 1998 © Do Not Use Without Written Consent

The above photo was contributed by McClellanville photographer and author Vennie Deas Moore. Titled Boat Canal, the image also appears in her book Home, which “explores the joys and hardships of the people who continue to reside in this portion of the Lowcountry.” 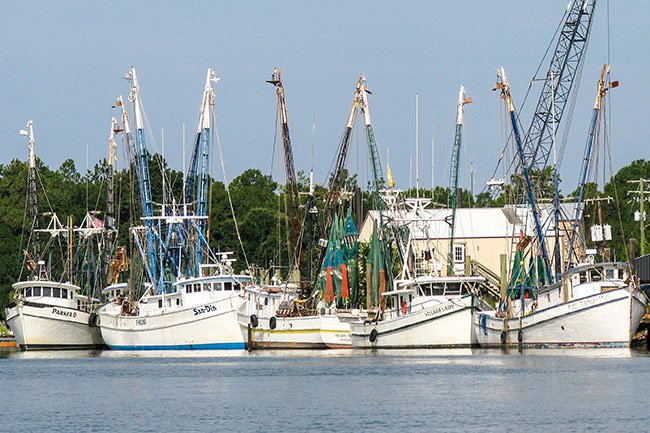 Steve Stewart of Pawleys Island, 2016 © Do Not Use Without Written Consent

Located near the McClellanville Museum, along Jeremy Creek, this memorial known as the Lowcountry Seaman’s Memorial was erected in honor of those who died while working on the waterways of the Lowcountry. The main portion of the memorial reads “Dedicated to Chet Anderson (1965 ~ 1999) “No man has greater love than he who lays down his life for a friend” John 15:13” 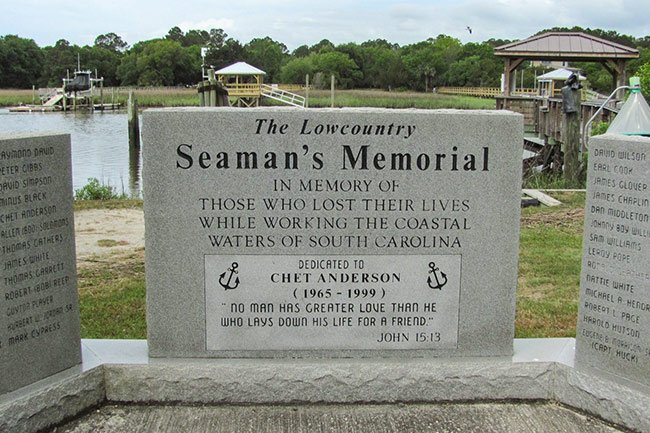 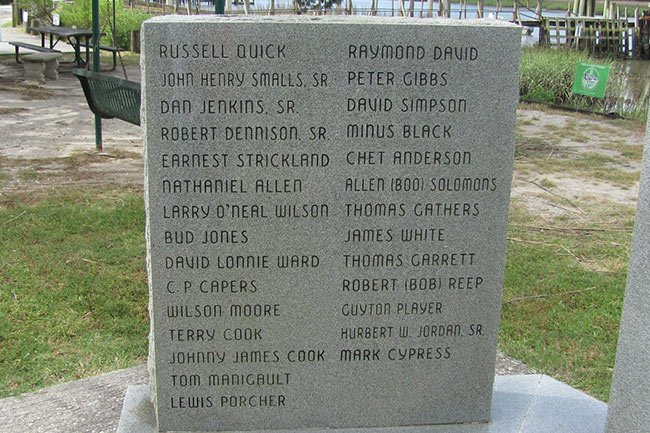 Next to the entrance of one of the docks at the landing, a statue of fishing boots is on display and was created by artist Maria Kirby-Smith. Director of the McClellanville Museum, Bud Hill, stated that near the entrance of the museum, a plaque was also dedicated to the seaman’s memory with a poem by the former South Carolina Poet Laureate, Archibald Rutledge, of Hampton Plantation, entitled “Lost.” 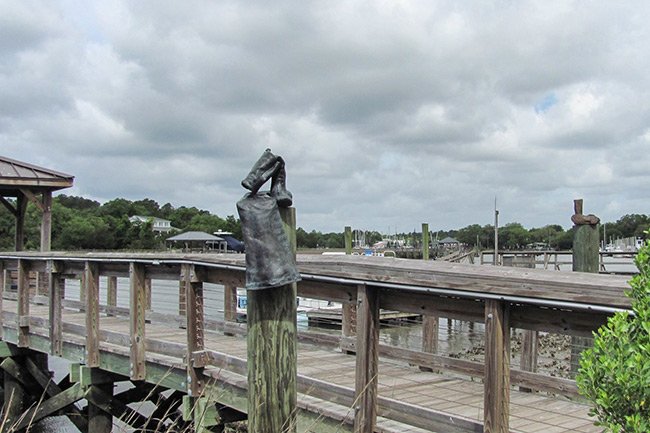