Crossing the Dawhoo River, the McKinley Washington, Jr. Bridge connects Edisto Island to the mainland. The bridge, which is part of South Carolina Highway 174, is the third to carry vehicles over this stretch of water. The first was a manually-operated swing bridge that began service in 1920. It was replaced by a two-lane electrically-powered bridge in 1950. In 1993 the present bridge opened, named for the Reverend McKinley Washington, Jr., a local minister and statesman who served in the South Carolina House of Representatives from 1975 through 1990 and in the South Carolina Senate from 1990 until 2000. He was succeeded in the senate by the Reverend Clementa Pinckney, former pastor of Emanuel AME Church in Charleston. The Reverend Pinckney was killed in his church along with eight others by a gunman on June 17, 2015. 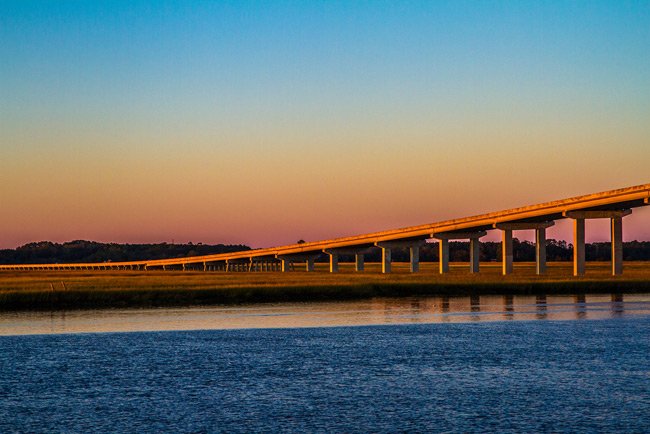 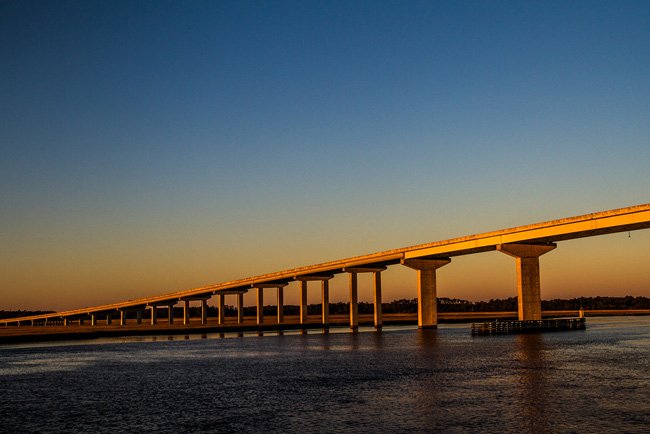 The Reverend Washington was an activist in the 1960s during the civil rights movement. As a college student at Johnson C. Smith University in Charlotte, North Carolina, he participated in a lunch counter sit-in and was arrested as a result. He was bailed out by the NAACP and continued to repeat the protest. He participated in the March on Washington in 1963, and locally he teamed up with Esau Jenkins, founder of the Progressive Club on Johns Island, to start the Sea Island Comprehensive Health Care Corp.

The initiative was a necessity on Edisto Island, where until 1950, those needing critical care had been forced to wait for the first bridge across the Dawhoo River to be hand-cranked in order to allow passage to the mainland. Even after the electric bridge was built, the length of the trip to a Charleston – roughly 45 miles – could prove fatal to someone in urgent need.

The Reverend Washington continued working on social issues for African-Americans on the island, and these efforts led to his leadership in the South Carolina State House. Ultimately, they also led to this bridge being named in his honor.